With coal on the wane, Longview may turn to oil exports 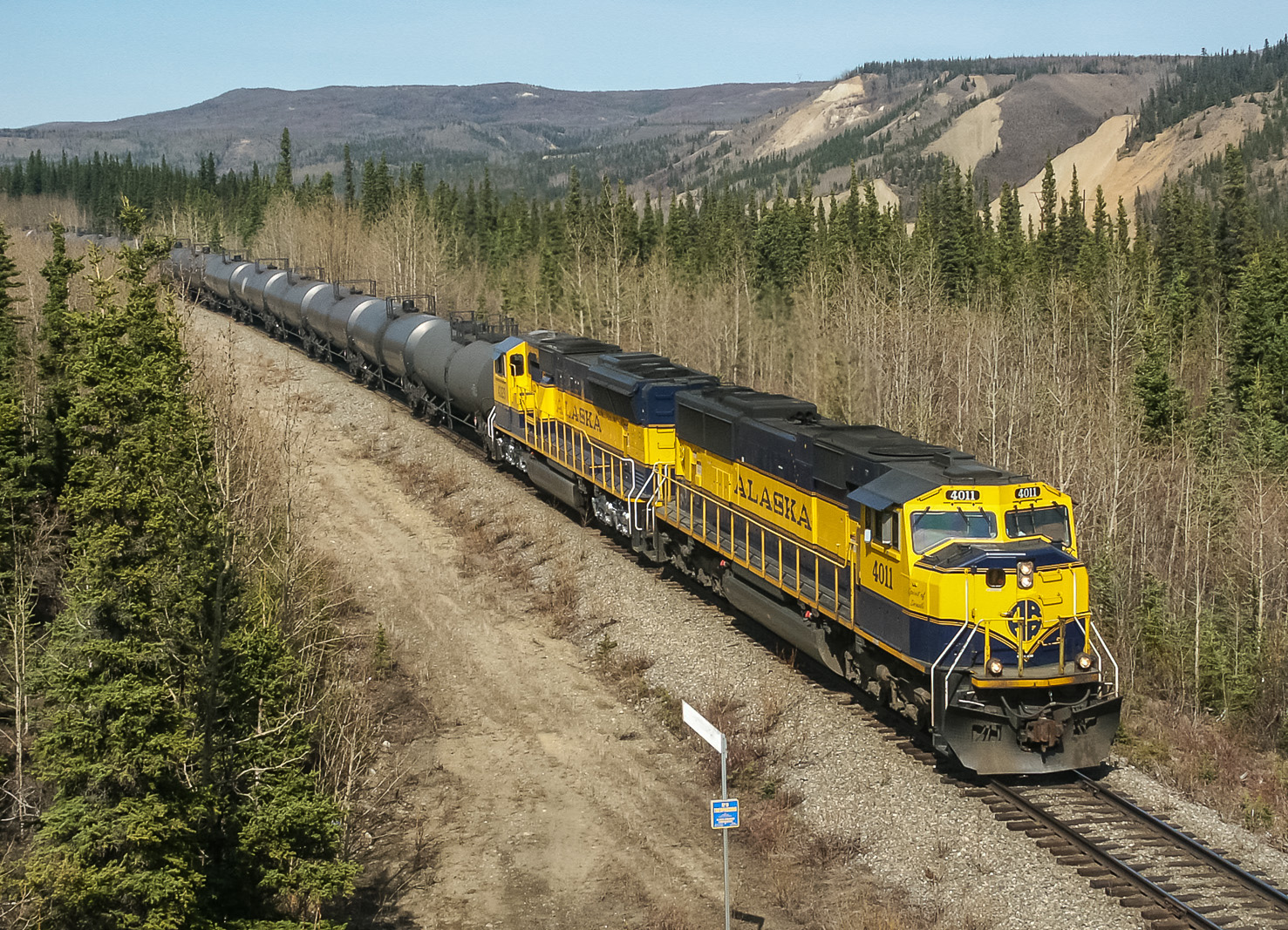 An oil train in Alaska.

Monday’s announcement of yet another bankruptcy in the coal business elicited cheers from climate activists seeking to halt coal export terminals along the Washington coast. But while coal is taking a beating, the announcement promises to boost the pressure to use the region as a funnel for another fossil fuel: the crude oil shipped in by train from the massive Bakken Field in North Dakota.

Arch Coal, which holds a 38 percent share of the company that wants to build a $643 million coal-export terminal at Longview on the Columbia River, filed for Chapter 11 bankruptcy Monday. The move surprised virtually no one, but added more bad news to an industry reeling from falling prices and falling demand, both foreign and domestic.

Other coal companies filing for bankruptcy protection recently include Alpha Natural Resources Inc. and Patriot Coal Corp. All the major coal companies have seen a drop in stock prices and a series of gloomy projections from Wall Street seers.

The Longview proposal, brought by Millennium Bulk Terminals, is one of two viable coal-export proposals currently moving sluggishly through environmental reviews in the region. Several others have dropped by the wayside in the past three years. The terminal would export 44 million tons of coal from Wyoming’s Powder River Basin to Asia. The BNSF Railway would transport the coal, adding eight trains daily to its mainline.

Bill Chapman, Millennium’s president and CEO, said a statement that “Millennium remains confident in making this world-class export terminal a reality. … We have not seen a change in commitment from our majority shareholder, Lighthouse Resources, or our minority shareholder, Arch Coal, following its recent announcement. International interest from existing and potential future customers in the success of our project continues to remain high.”

While Chapman may be correct in the long run about international interest, the run could be very long; virtually every industry forecaster sees no good news at the bottom of the coal chute.

Coal prices now hover under $50 per ton, less than half of where they were in 2011, when coal terminals first emerged on the scene. Demand for imported coal has plummeted in Asia, as China and India have boosted domestic production (bad news for climate change—the coal is dirtier), and begun to invest more heavily in alternative energy.

That’s why Arch got into trouble, and the problem rolls down the hill toward Peabody and Cloud Peak, the other would-be exporters to Asia. At $50 a ton, that coal is going to stay in the ground. The bankruptcy, says Clark Williams-Derry of Sightline Institute, “eliminates all ambiguity that lending money to coal companies is a great way to lose it.”

With the forecast looking gloomy for coal, Longview may be looking to double down on oil. Riverside Energy, a somewhat-mysterious Texas firm has proposed the region’s first new oil refinery in a quarter-century. Riverside Energy’s $800 million refinery would handle up to 30,000 barrels daily of Bakken Crude from North Dakota. Biofuels would also be imported. About three unit trains of oil would be added to the BNSF mainline.

The recent Congressional action lifting a four-decades-old ban on exporting American crude has brought a gleam to the eyes of export-terminal operators, who prior to the Congressional action had been limited to shipping Bakken oil up and down the Pacific Coast. Now, Asia beckons.

Riverside will be looking closely at how the state regulatory agency, the Energy Facility Site Evaluation Council (EFSEC) handles an oil-export terminal at Vancouver, also on the Columbia. EFSEC hearings are in progress, and the first one last week turned out about a thousand citizens, mostly opposed.

The buck in the case of EFSEC stops at the desk of Gov. Jay Inslee. Inslee has campaigned as a climate hawk and an environmentalist, but he will get pressure from backers of oil terminals and the refinery. Riverside, according to Sightline, has already hired a lobbying firm close to the governor.

Meanwhile, the coal industry soldiers on. State and local agencies are hoping to finish environmental reviews of the Longview export terminal by April 30, and Ecology spokesman Chase Gallagher says Arch’s filing will not change either the schedule or the nature of the review. Public hearings will follow; any final decision is not expected before 2017.

Correction: This article originally stated that Riverside Energy’s refinery would stand on port land. In fact, the land is private.