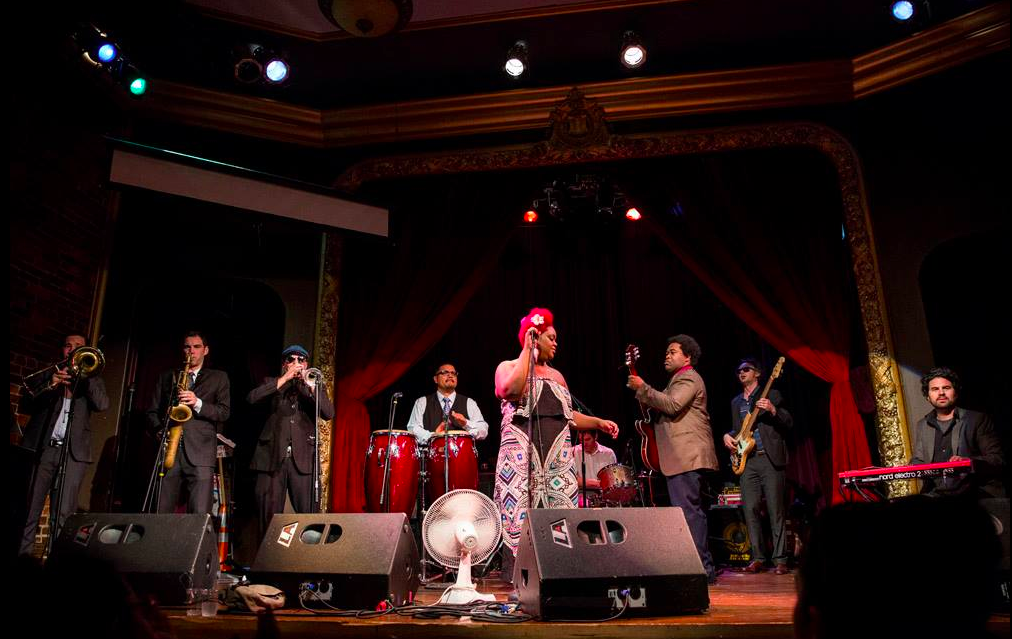 The Oscars and Not the Oscars *

They’re predictable, they’re long, they’re disproportionately white (as is getting more and more recognized) — but to most people they’re still irresistible. If you want to partake in low-key viewing of the Oscars, head to Capitol Cider for great cider, beer and gluten-free food. They’ll be showing the 88th Academy Awards, hosted by Chris Rock, on their projector starting at 4 p.m. Their wooden, portrait-adorned upstairs, lined with booths, is great for a contained visit while downstairs is a communal good time. Bonus: if you get bored, there are plenty of board games and cider flights to entice the palate. After the Oscars, enjoy a night with Grace Love, called Seattle’s first lady of soul, as her pipes and wit dazzle.

Every once in a while you see a performer on stage who dazzles you and you can’t wait until intermission because you need to check your program to look them up. That’s what happened last week when Spectrum Dance Theater kicked off its Black History Month dance festival and introduced me to Alexis “Tilly” Evans-Krueger (Oh, WOW!). She’s stunning: athletic, light, rubbery, fluid. Lucky for us, she and all of the Spectrum dancers return to the stage for part two of the festival this week in a program that features three Donald Byrd works that celebrate the African aesthetic. 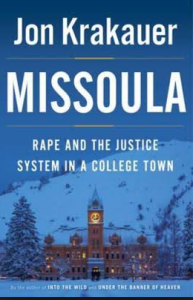 Jon Krakauer with Ross Reynolds: The Crossroads of Campus Rape, The Justice System *

Few have made nonfiction as compelling and thought-provoking as Jon Krakauer, whose Into the Wild and Under the Banner of Heaven (among others) have been sparking conversations for decades. Never one to shy away from big topics,  Krakauer takes on sexual assault on college campuses in his latest, Missoula: Rape and the Justice System in a College Town. Estimated as affecting as many as 1 in 4 women, little is done, even less is said about sexual assault — so little has changed. Krakauer will explore how campuses handle sexual assault, how communities react, and more largely, how these incidents reflect our larger treatment of women.

It’s been said that Seattle’s film scene has something for everybody. That has never felt truer than with Logger’s Delight, an event at Northwest Film Forum this weekend. Regardless of how many lumberjack fantasies you’ve had, the event celebrates the Pacific Northwest’s beautiful forests and its rich logging history. The first film Bob and the Trees, is an empathetic feature that “follows small-town logger Bob Tarasuk, his family and their farm through a cold and trying winter.” In the Canadian documentary Hadwin’s Judgement, watch the transformation of Grant Hadwin — from expert logger to environmental terrorist — in a film called “audacious” and “compulsively watchable.”

I’ve lost track of how many times I’ve wistfully zoned out on Brian Blade. The jazz drummer creates lush, harmonious, transportive soundscapes that pull from the blues as well as gospel and, when heard live, affirm your decision that you made the right choice in deciding to see this show. The Louisiana-based artist plays with his Fellowship Band.

The group is called Senior Ladies on Wheels. The route: 10 to 12 miles through Seattle along the “red line” that dictated where African Americans were not allowed to live. Young, old, men — anyone is invited to join the group so long as you appreciate riding slowly to take in some not-so-long-ago history of Seattle.