Hundreds vie for a chance at affordable housing 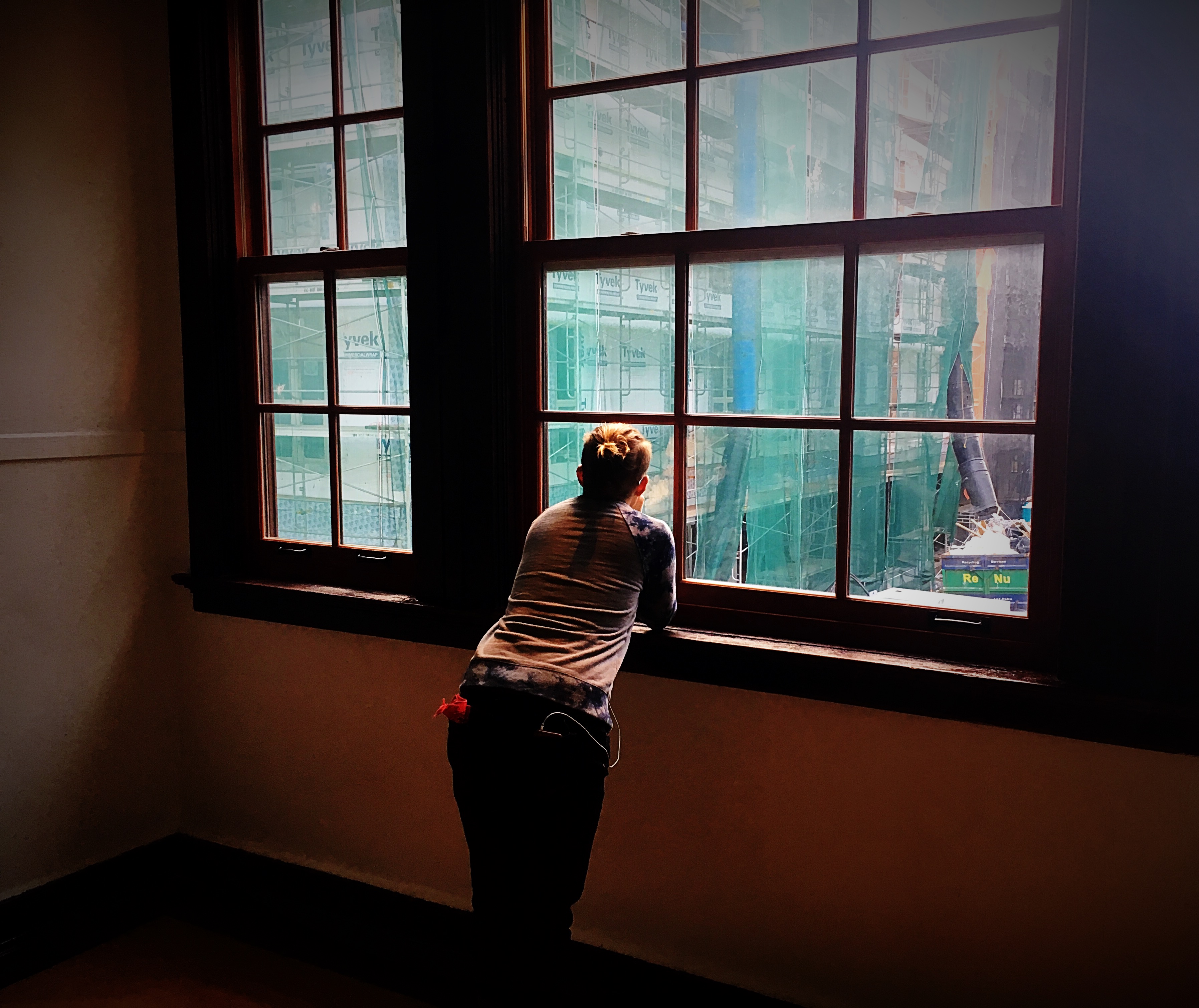 It's a street-level reminder of the intense competition for affordable housing: People begin lining up on Sunday afternoon, 24 hours before they could apply for a chance to live in the new Roberto Maestas Plaza. They nap in their tents or in their cars, and the small crowd keeps growing. By 8:30 Monday morning, 60 people waited.

After the three-hour application period finally opened at 4 p.m., El Centro de la Raza received more than 450 applications for affordable housing in the Plaza Maestas, which won't even open until July. There are only 112 units available.

"It was a stunning response," says El Centro de la Raza’s Development Director Stephen Deal. "We knew it would be big, but it exceeded our expectations."

Sitting at the peak of Beacon Hill, the shape of the Plaza Maestas is already visible from the Central District, Rainier Valley and SODO. Feet from El Centro de la Raza, the building will provide affordable housing for people and families earning between 30 and 60 percent of the area median income. Unlike a lot of affordable housing, two-thirds of the units will be two-, and three-bedrooms, a rare find for families.

It will be named for Maestas, the founder of El Centro de la Raza and late husband to its Executive Director Estela Ortega. In the early 1970s, Maestas, with now King County Councilmember Larry Gossett, led an occupation of what was then an abandoned school building, demanding an educational space for the Latino community. Eventually, the city agreed to rent it to him for $1 a year. The massive building, with its cavernous halls, is home to El Centro to this day and the site of Monday’s application process.

The location of the housing-to-be is ideal. Within less than a mile is a light-rail stop, a public library, a Red Apple Market, bars, restaurants and Beacon Hill Elementary. Despite the apparent separation from the rest of the city, a single bus will take you downtown. In other words, it’s the kind of place anyone might want to live, affordable housing or no.

Applications for the apartments are necessarily first-come, first-serve. So early Monday morning, about 15 people sat up in their cars or packed up their tents and walked through the tall doors of El Centro. Volunteers with coffee handed them small slips of red paper with a number, like at a deli counter, that signified their place. Sara Miranda, a stay-at-home mother with two kids, didn’t spend the night, but woke up at 3 a.m. to get a place. A young musician who declined to have his name printed, slept about an hour in the driver’s seat of his car.

It’s an odd sight, people lining up for housing as if they were waiting to be the first to a concert. But El Centro de la Raza’s Deal says that the rule set by their financial planners called for giving preference to the first arrivals.

The painful truth of building affordable housing is that the pace of development is glacial compared to how Seattle has grown. Between the decision to develop Roberto Maestas Plaza and its opening, nine years will have passed. That was enough time to secure funding from the City of Seattle, Washington State and the federal government, run a capital campaign, partner with a bank in search of tax credits, approve designs, hire a contractor and, finally, build the building. The start of this ran parallel to the largest recession since the Great Depression, which was immediately followed by huge population growth and skyrocketing rents.

Application day for the Plaza Maestas was, in some ways, even more years in the making. El Centro purchased the property from Seattle Public Schools in the 1990s, sitting on it for years as staff discussed its future. According to Ortega, it was the announcement of the Beacon Hill light rail stop that finally spurred the action toward building affordable housing. Suddenly, the property was valuable. “We knew we had the opportunity to do something,” she says.

The Seattle that existed at the beginning of this project is much different than the one that exists at the end.

El Centro de la Raza hosted an information meeting on February 3. They were expecting about 125 people; 400 showed up. On Monday, according to Deal, among the more than 450 applications that volunteers and staff handed out, there were 168 applications for 35 one-bedroom units.

Processing the heavy demand is an emotional experience, balancing the optimism of such a celebrated project with reality: For all the preparation, less than a quarter of people who applied will receive housing. “It’s hurtful,” says Ortega. “I’d walk out and I’d see it’s late, 4:30, and I’m looking in the faces of people and they knew that they had so many people in front of them.”

Shauntel Callandret waited for her number to be called so she could apply for a three-bedroom apartment. Like a lot of people in the room that day, she grew up in Seattle, not far from El Centro. She lives now with her three boys in an unincorporated part of King County, south of West Seattle, where she pays $1,200 a month for a two bedroom. “It’s above my means,” she says. She works as a server at a restaurant downtown. Beacon Hill International Elementary is nearby, so her 8-year-old could walk to school, her older one could take a bus when he moves on to middle school and she could use El Centro daycare center while she’s at work. She holds in her hand the number 55. There are only 22 3-bedroom apartments.

“It’s hurtful,” repeats Ortega. “It makes it so as soon as we do this project, we’ve got to do more development.”

El Centro holds another piece of property off of Beacon Avenue. Ortega points to that as the site of their next project. It’s a sign of the times, though, that multiple developers from California and China have approached Ms. Ortega, interested in purchasing the lot. She has no plans to sell, but is worried about finding future sites. “If we don’t have a plan to purchase property for affordable housing, we’ll fall behind,” she says.

Callandret would have spent the night for housing if it had just been her. But it was cold Sunday evening and she didn't want to make her kids sleep outside. Now, because she couldn't get to El Centro until 3:40 in the afternoon, her odds of getting housing are low. Some 30 people need to be disqualified for her to get the three-bedroom. "It could happen," she says with some optimism. Anyway, "It's worth the gamble."