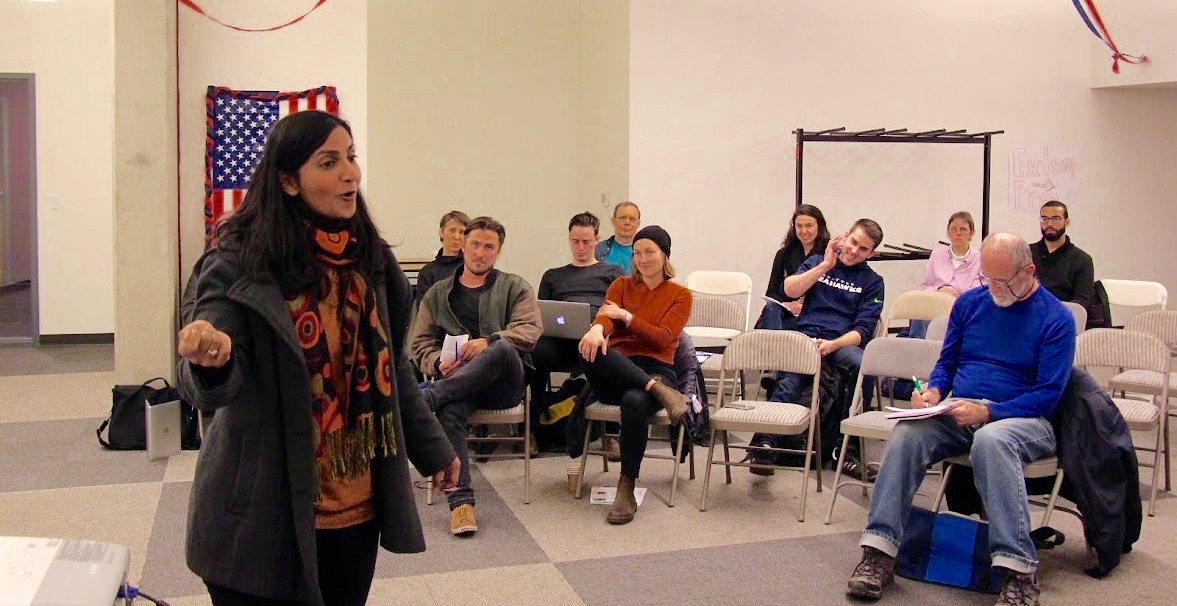 If the first of a series of meetings on the upcoming Seattle housing levy is any indication, Seattle residents want strong action on homelessness. A crowd of Capitol Hill residents showed overwhelming support for the levy, but many worried that it and other housing policies will fall short of addressing the needs of low and middle-income residents.

The affordable-housing levy proposed by Seattle Mayor Ed Murray earlier this month would double the cost of the 2009 levy from $145 million to $290 million. Under the new formula, the owner of a median-priced Seattle home of $480,000 would pay $122 per year, as opposed to $61 under the 2009 levy.

The Capitol Hill meeting was part of a month-long series of community conversations about the levy in different parts of Seattle. In March and April, the City Council will discuss the levy and hold a public hearing. (Citizens can also voice their opinion online.) Based on the council’s decision, the levy will go on either the August primary or the November general-election ballot. The 2009 levy passed with almost 66 percent voter support.

If anything, support for the levy seemed even stronger at the meeting last Thursday at Capitol Hill’s 12th Avenue Arts, where the director of the Seattle Office of Housing, Steve Walker, explained the levy proposal. Most attendees who spoke worried not about rising taxes on homes, but about the ability for the poor to find and pay for housing.

According to Walker, the levy will approach the problem of affordable housing mainly by producing and preserving 2,150 apartments. Using $240 million, those apartments will remain at affordable rates for 50 years and be available to low-wage workers, seniors, people with disabilities and the homeless. Some of the housing funded by previous levy programs will receive upgrades under the new levy.

If the levy passes, $24 million will go toward homelessness prevention and homeownership assistance. In addition, 4,500 families at risk of losing their homes will receive assistance for three to six months, while 380 low-income homeowners will receive financial loans and grants.

Seattle City Councilmember Kshama Sawant, who represents Capitol Hill’s District 3, expressed support for the levy. She said she is certain that her fellow councilmembers would do the same. Sawant and some attendees also spoke in support of rent control, though rent control is not part of the levy.

“Homeownership is out of reach for most people. In addition to the levy, we also need other citywide policies,” Sawant said. “We are advocating for citywide rent control because as long as we don’t have it, we won’t be able to produce enough affordable housing.”

One attendee expressed concern about old affordable housing that is being torn down.

“I’m not aware of us having brought those numbers together,” Walker said. “That is a conversation we’re having with City Council. The levy is about producing units, and the extent that it's able to preserve units is also important.”

Another person asked whether people stuck between market-rate housing and low-income housing are being considered. Walker referred to the  Housing Affordability and Livability Advisory (HALA) committee’s plan, which the levy is a part of.

“By looking at the 60-plus HALA recommendations, there is an active discussion on a lot of these tools that are beginning to address a broader range of affordability issues. The levy is plugging in at the most vulnerable,” Walker said.

Despite the concerns, those present seemed to believe the levy is a step in the right direction. Ishea Brown, who lived in Chicago most of her life, compares Seattle’s homeless population to that of the windy city, where freezing winters can make being on the streets a life-or-death situation.

“Chicago is a bigger city," Brown said. "Seattle is reaching that point where we have to deal with homelessness. We need to offer stability to those people."

Matt Spaw, a former intern at Crosscut, is a journalism student and a writer at The Daily of the University of Washington.