How a mega disaster caught the Northwest unprepared 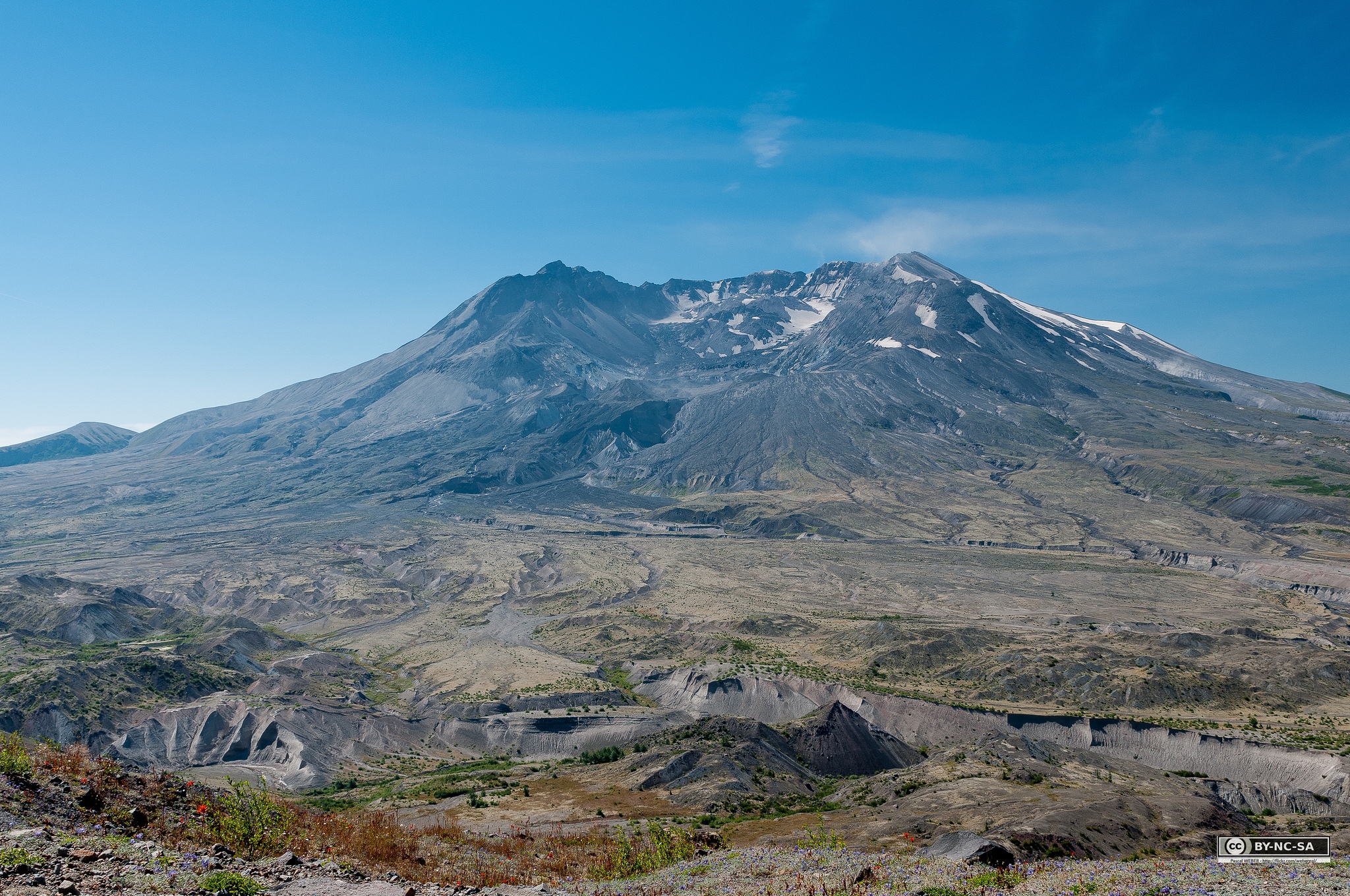 Mount St. Helens in 2014. Before the 1980 blast, the volcano was famed for its cone-shaped top visible in Seattle.

One of the strangest things about the eruption of Mount St. Helens in 1980 is that you could live here and not even know that it happened. This was a blast more powerful than the first atomic bomb, yet for many of us who lived in Seattle it was a silent, nearly invisible event. The powerful explosion’s sound waves bounced off the atmosphere, creating zones where no explosion was heard, even by people right in the eruption’s path. Some survivors tell of soundless tsunamis of hot ash and debris flowing over ridges and valleys — a silent movie of destruction.

How could something so massive, so violent have occurred in our own backyard, yet have the potential to go unnoticed by millions?

I heard about the eruption that sunny Sunday of May 18 while hanging out with friends at the U-District street fair. Someone had heard on the radio and we searched the sky for evidence, but found none. The top of the mountain had blown off, and we’d all been expecting it. Yet when word reached us that it had, it was hard to believe until we saw it on TV and in the headlines. We drove to a high point in south Seattle — Mount St. Helens Place — that offered a view that way. In the distance we thought we could see weird clouds, but if we hadn’t been on the lookout, we probably would have missed them.

The ash blew and buried parts of Eastern Washington, some went round the word. But despite the impression on television, Seattle was unscathed. I remember that one of the subsequent smaller eruptions brought a thin dusting of ash to the city a week or so later — like dust on an unwashed car.

The mountain had been in the news for months, and the eruption shook our sense of security. Growing up here, I would ask my mother about Mount Rainier and whether it would ever blow. No, she said, the volcanoes are asleep, dormant, nothing to worry about. As we know, she was both right and wrong. One of the conditions of life here is coming to terms with geological time scales. The longer we’ve lived here, the more we’ve learned about why not to live here: We’ve discovered the Seattle fault underneath the city, which could trigger a potentially devastating event, and has before. We’ve discovered how active the Juan de Fuca subduction zone is. We’ve discovered evidence of massive landslides and tsunamis, eruptions and flows that have reshaped the landscape.

Seattle is poised for an epic disaster someday, yet we stay because these things could happen today or tomorrow or in 500 or 1,000 or 10,000 years. How do you prepare?

First you have to learn what we know, and remember what has happened. Disaster Lit has become a Northwest staple. There have been a slew of books, articles, and even exhibits in recent years that have tried warn us and explain the science and history of disaster in the region. Think of last year’s New Yorker article on the earthquake possibilities, “The Really Big One,” and Sandy Doughton’s excellent overview of the potential for a catastrophic quake in her book “Full Rip 9.0.” There's a book on the history of tsunamis in our region, articles on how the great Alaskan quake has changed out perceptions. Last year, there was a Pacific Science Center exhibit on Pompeii, which was more than a history lesson — it was a lesson in how history could repeat itself here. One of the intriguing things about Pompeii is that the Romans had no cultural memory that Mount Vesuvius could erupt, and no word for eruption in their vocabulary. The good people built vineyards and villages on the slopes of what proved to be a time bomb.

With us, it’s been somewhat similar. A whole new wave of people populated this land without knowing the risks, and much of the science in the last 50 years has filled a grim picture of how serious they can be. The St. Helens eruption was a massive reminder that if we take our place for granted, we do so at our own peril. While we cannot control the massive geologic forces, we can do a better job of paying attention and mitigating the results.

That’s a message that comes through in a new book about St. Helens by Seattle science writer Steve Olson, whose Eruption: The Untold Story of Mount St. Helens (Norton: $27.95) is out in March and has drawn advanced praise from Simon Winchester and David Guterson. You might be surprised that anything about Mount St. Helens has been untold — there have been other books, massive media coverage, the blast zone is a much-visited National Monument that tells the story. Yet Olson, previously a National Book Award finalist, not only does a great job of telling a compelling story of the eruption — the geophysical and human drama — but also provides context for what happened and why. Because while scientists grappled with trying to understand if, when and how Mount St. Helens was going to erupt, the federal and state governments wrestled with the public access and policy angles. Could you shut down private logging operations because a volcano might or might not blow in an unknown time frame? Did the governor at the time, Dixy Lee Ray, cut a deal to let Weyerhaeuser keep logging despite imminent danger?

Olson isn’t afraid to set the stage with some history, such as a terrific thumbnail of Weyerhaeuser’s origins that helps us understand why the company owned so much land near St. Helens, why they were determined to log as much of it as possible, and why they came to be a powerful political force that influenced how the state drew the danger zone boundaries around the mountain — the no-go Red Zone and the so-called Blue-Zone which was risky, yet where logging, camping and other activities were allowed to continue.

This is key to another element of the story on which Olson focuses: the human element. He points out that the St. Helens eruption was a manmade disaster in that nearly all of the known 57 fatalities were of people who were in areas around the mountain legally. In other words, the failure to properly assess the dangers and the unwillingness to buck business led to decisions that gave people a false sense of safety. In some sense, the death toll was a manmade disaster, he concludes.

Olson is also fascinated by the personal stories of the victims of the eruption. Harry Truman, the old codger who refused to leave his Spirit Lake Lodge in the Red Zone, became a folk hero by breaking the law and ignoring warnings. In essence, he committed suicide by eruption. Yet his foolishness and media celebrity have made him the enduring folk figure of the event. The others deserve our attention, too: the gyppo Mexican loggers who were burned in the ash, the campers crushed by trees that blew down, the researchers who were vaporized. The stretch of Olson’s book focusing on each of the dead and the rescue-and-recovery efforts reads a bit like a snuff list, yet the stories put faces of these people and reveal the motives that put them in harm’s way for good reasons and bad. It puts you in the blast zone during the worst of the event: There are many ways people can die from a volcano, and none good.

For most of us, Mount St. Helens is history. I wager most people in Washington weren’t here or alive when it happened 36 years ago this May. It’s a story ripe for the retelling and for the reminder. Our Cascade volcanoes are dangerous and still unpredictable, though St. Helens increased the consciousness and budgets of scientists to study and monitor them. Our reluctance to act on potential dangers is hampered by human short-sightedness, the desire to make a profit, the unwillingness to disrupt our lives for something that seems so theoretical.

Even when Mount St. Helens looked ready to blow, with its northern face bulging like a festering boil, no one could say exactly when or what would happen, and so, life went on.

People who worried the most — such as loggers who filed complaints over unsafe working conditions by being sent into the Blue Zone with an eruption hanging over their heads — had their concerns dismissed by a bureaucrat who handled their paperwork. He admitted later, Olson writes, that he thought they were just trying to get unemployment benefits for time off. Denial is something that gets us through our daily lives. Denial is also a river that turned into the raging debris-fueled churn of the Toutle.

You used to be able to see Mount St. Helens from Seattle. The original 1962 Space Needle cocktail menu featured a compass of sights to see and St. Helens was one. Even now, on one of a very few super clear days each year, if you know exactly where to look with binoculars, you can see the remains of the volcano’s cone, rebuilding, but the eruption took off more than 1,000 feet of height. For the most part, it’s erased from Seattle’s view and consciousness, just a piece of 1980s trivia. Olson’s book reminds us that it much more than that: an extraordinary event that humans dealt with in a manner that was hardly flawless, rooted in ignorance, self-interest, and complex humanity.

It might be gone from Seattle’s sight, but it shouldn’t disappear from memory, because those memories are useful in how we, or the next generations, respond to the next Big Thing.