Faceoff in Olympia over school expulsions 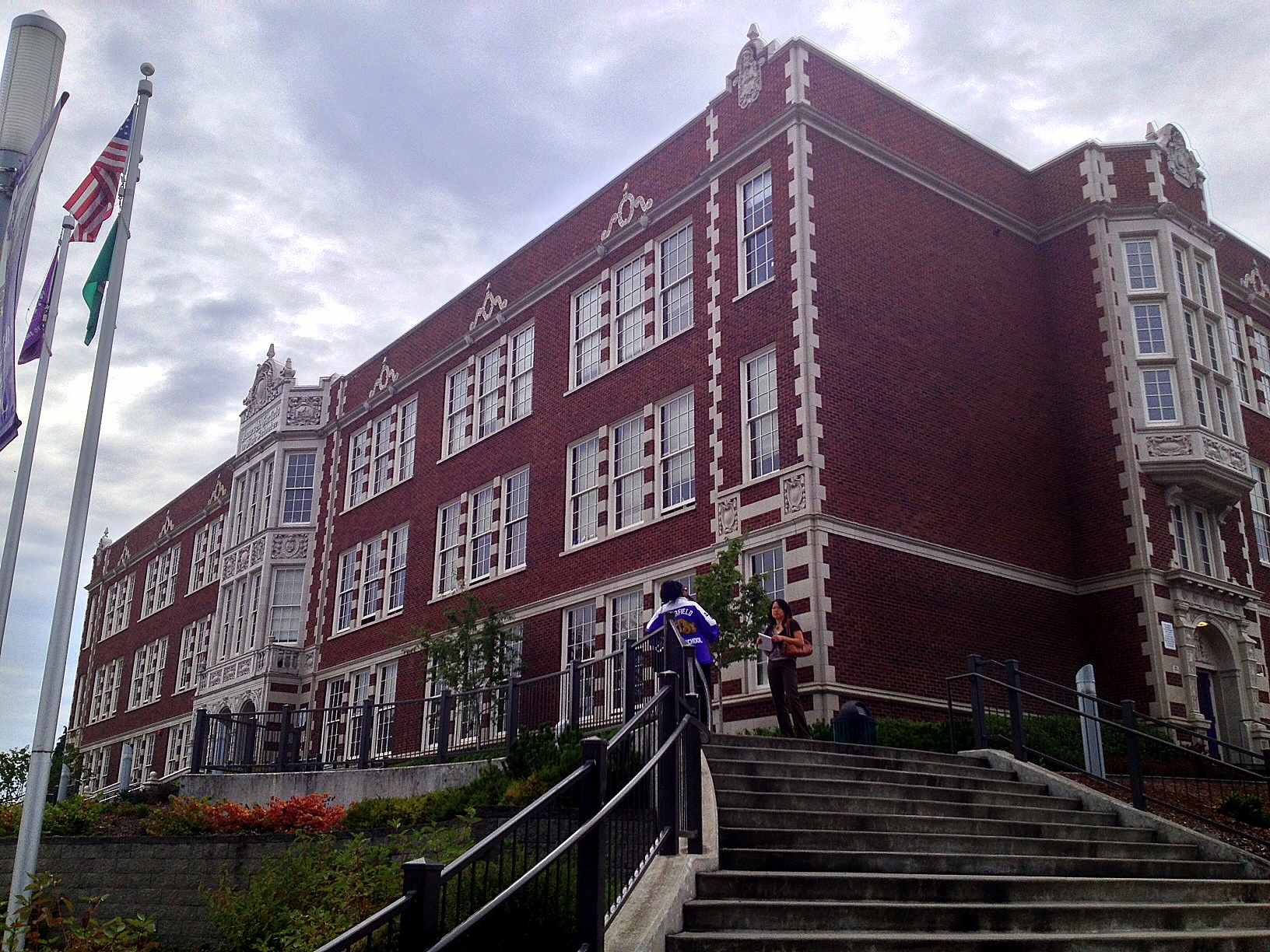 Garfield High School in Seattle, whose principal Ted Howard has been vocal about addressing the issues caused by expulsions.

For the fourth straight year, a bill aimed at improving educational outcomes for minority students is at risk of stalling in the Senate, largely due to disagreement over putting a limit on expulsions.

The proposal, HB 1541, includes a laundry list of changes to the education system, from cultural competency training to changes in how student data is broken down. All are designed to close a persistent gap in test scores and other achievement measures that has long faced minority students.

Many Republicans object to one part of the proposal — limiting the maximum length of expulsions to one academic term, and requiring schools to provide expelled students with alternative education programs for their duration. But a number of advocates and legislators behind the bill have dug in their heels, saying the expulsion limit is such a central part of the proposal that it's worth risking the whole package to save.

The bill's sponsor, Rep. Sharon Tomiko Santos, D-Seattle, wants lawmakers to follow the recommendations of the advisory Educational Opportunity Gap Oversight and Accountability Committee. "Substituting their judgment for the judgment of the committee is really a slap in the face,” she said.

Calling the expulsion component a "huge piece" of the bill, Rep. Lillian Ortiz-Self, D-Mukilteo, said that the proposal was designed to work as a whole. Currently, expulsion of up to a year is allowed in Washington, and kids who are expelled don't have an option to continue their education, other than expensive private schools. With as much as a year on their hands, Ortiz-Self said, expulsion can act as a major force driving teens out of school and into the margins, or even to crime.

"Those thousands of kids become a burden to the system," Ortiz-Self said. "They're the ones who could easily end up breaking into homes or hanging out at parks."

The Educational Opportunity Gap Oversight and Accountability Committee was created by the 2009 Legislature after advocates demanded action around what they called systemic barriers to achievement by minorities. Along with lawmakers and representatives of minority groups, the Office of Superintendent of Public Instruction (OSPI) has a seat on the committee.

The group made recommendations in time for the 2013 legislative session. Among the those was a prohibition on schools kicking students out for more than a quarter of the school year, except in cases where the student actually presented a danger to others.

But the bill failed in the Senate that year, as it did in 2014 and 2015, with the change to expulsion rules a stumbling block each time.

This year, Republican state Rep. Chad Magendanz, R-Issaquah, proposed breaking the bill up, saying that is was too hard to pass as a whole. He drafted three bills covering most of the same ground, and asked Santos, who chairs the House Education Committee, for support.

But none of his bills included the expulsion component — Magendanz said that this year it was too much to ask of schools already dealing with other rule changes — so Santos refused.

Republican Sen. Steve Litzow, R-Mercer Island, also has a bill that covers some of the same ground. But Litzow's bill would have to get past the House Education committee, which Santos chairs. Like Magendanz' trio, Litzow's proposal leaves out the expulsion component. Santos said last week that she wouldn't pass it without the expulsion limit.

The result is a stalemate, where Senate Republicans won't pass a bill that includes changes to the expulsion rules, but the opportunity gap committee annually puts out a bill with the expulsion changes, and Santos backs them up.

Ambiguity exists over the origin of the insistence on the expulsion component. Santos said the opportunity gap committee had agreed that keeping the bill a package was important, because the recommendations are designed to work as a whole.

"The committee is the one who is driving the process," Santos said. Ortiz-Self, also on the opportunity gap committee, seconded her statement.

But two committee members said that the recommendation not to break the proposal up into pieces, which could allow the legislature to approve some parts but leave the expulsion change behind, came from the lawmakers that sit on the committee.

Committee-member Carrie Basas said that at one pre-session meeting the three lawmakers present — Santos, Ortiz-Self, and Sen. John McCoy, D-Tulalip — advocated for keeping the bill together after at least two people talked of breaking it up.

"I think there was deference on the part of other committee members to the legislators," said Basas, who sits on the committee as a representative of the state Office of the Education Ombuds.

Wanda Billingsly, who represents the Commission on African American Affairs, said she plans to bring up the idea of breaking the bill apart again when the opportunity gap committee meets soon.

"To me it's the strongest way of increasing the possibility" of passing at least some of it, Billingsly said. "Any one of those recommendations alone has merit."

Gil Mendoza, a deputy superintendent with OSPI, said that the opportunity gap committee had agreed to set aside the question and press ahead with the bill as one package, because all of the pieces were designed to work together. And breaking the bill up would amount to losing at least some parts. Mendoza said some legislators have used the proposal as a model to create narrower legislation that has already made it into law, meaning the group is having an effect.

As of Monday, the Senate had sent the House-passed bill — expulsion component and all — to its Early Learning and K-12 Education Committee. But Litzow, who chairs that Senate committee, hadn't scheduled it for a hearing, leaving a question of whether the risk of going another year without any of the changes is worth it for a shot at ending year-long expulsions.

For now at least, for Santos, Ortiz-Self, and most of the Opportunity Gap committee members, the answer is yes.