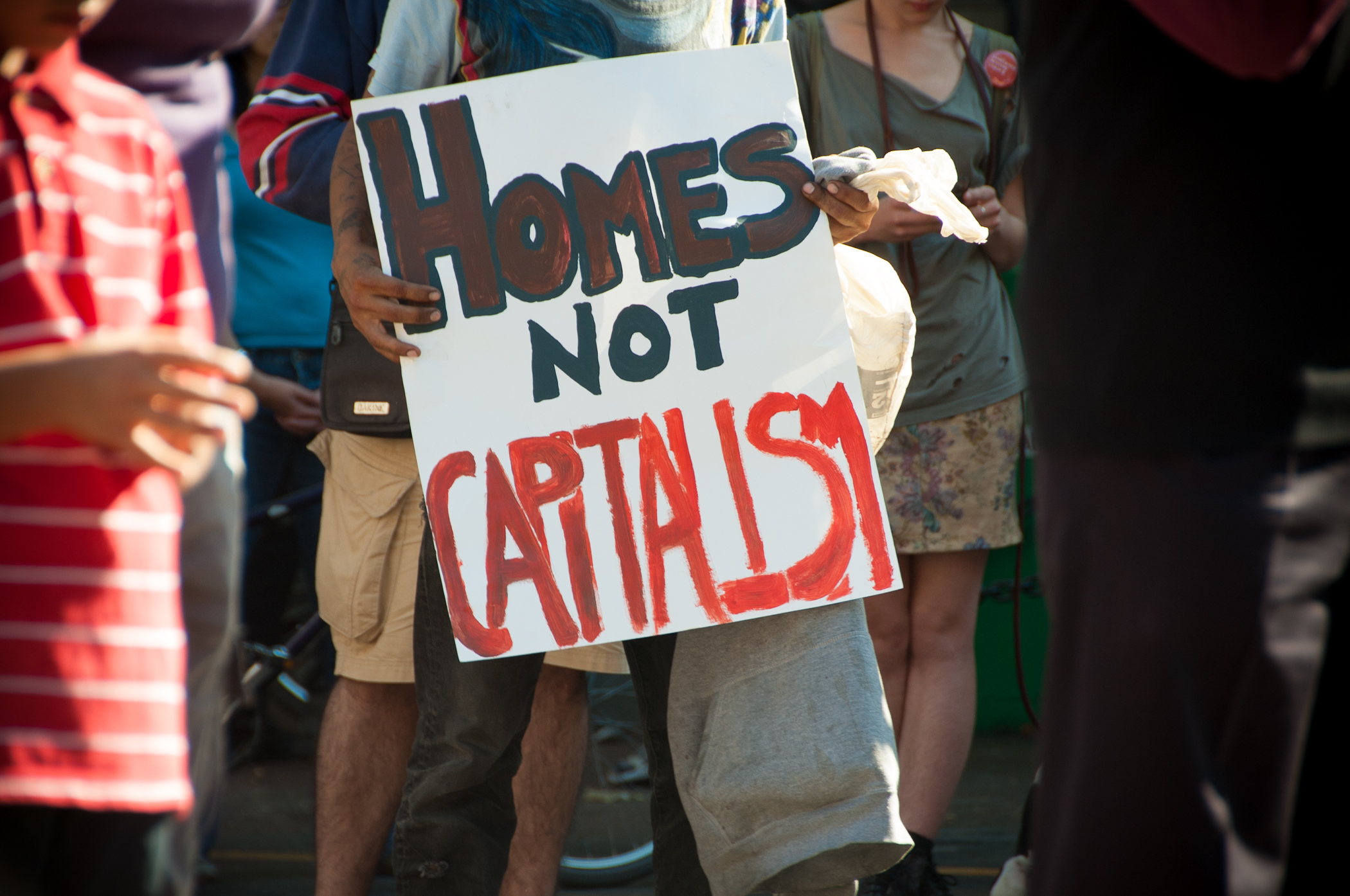 No one imagined Seattle City Councilmember Kshama Sawant's rent control proposal would be wildly popular in the Washington Legislature, but it appears city lobbyists have barely been pushing the idea, even though it's on the city's legislative to-do list.

Sawant got rent control, always a controversial subject, added to the city's legislative agenda last year over the objections of some of her colleagues on the city council. Having it on the agenda means that city lobbyists are supposed to try and find support for the issue among state lawmakers in Olympia. But a handful of legislators from the Seattle delegation — including legislators the city worked with on other housing issues — say they were never approached about rent control, and that they hadn't heard of city lobbyists trying to drum up support for it.

Sen. Pramila Jayapal, D-Seattle, said Friday that she actually has a bill already drawn up on the matter and ready to put out for hearings and a vote — but hasn't yet. That’s specifically because the city never approached her about it, even though Seattle city lobbyists have met with her several times about other issues.

"They never talked to me about it," Jayapal said. And, she added, she hasn't heard of them asking anyone else about, either: "They haven't been shopping it around."

Last month, Sawant specifically pressed city lobbyists during a meeting with the council to start conversations on the issue with legislators, even if they weren’t planning to request a bill.

For her part, Jayapal said she had hoped after the item was added to the list of legislative priorities for Seattle that city lobbyists would start at least a basic effort to rally supporters of the issue. But when they didn't, she said, she held the bill back because she didn't want to be seen as advocating for the issue alone.

"There hasn't been any pushing of that item," Jayapal said, "so I haven't dropped it" into the legislative system as an official bill.

As it is listed on the city's legislative agenda, the target isn't forcing rent control on landlords around the state — or anywhere for that matter — but just getting the state legislature to lift a ban in state law which prohibits any city from adopting rent control rules of its own.

Other Seattle-area legislators, including senators and representatives working with the city on housing issues this session, also said the city hadn't approached them about rent control, and that they hadn't heard of any efforts to move it forward.

Count Rep. Brady Walkinshaw, D-Seattle, among them. Walkinshaw has been a leading advocate on tenant issues in the House of Representatives, and has worked on at least four bills concerning tenants' rights this year. But city lobbyists never brought up action on rent control, he said.

One prominent senator said she had been approached on it, however, and offered part of an explanation for the relative lack of emphasis. Senate Democratic Minority Leader Sharon Nelson, D-Maury Island, said that she had worked with city lobbyists to determine an order of priority for the city's agenda, based on factors that include a measure’s likelihood of succeeding. The politics and practicalities of a shorter, off-year session sharply divided along partisan lines mean that even relatively uncontroversial bills may fail, Nelson said. Based on that logic, she added, certain issues get put lower on the agenda every year - and this year, one of those has been rent control.

Instead, Nelson and others said the city has focused on bills that advance housing issues and renters' rights in other ways, and which have a better chance of passing. Those efforts include a bill allowing cities to require landlords give 90 days’ notice of rent increases; an extension of eviction notice periods from 20 days to 30 days; a bill to ease the burden of tenants facing multiple expensive screening fees when they apply for a rental; and a bill to allow developers to claim a tax credit if they keep the same number of affordable housing units on a property when they demolish and rebuild.

And those bills do stand a good chance of passing: The tax-credit-for-affordable housing bill is even co-sponsored by a senator high in the leadership of the Republican Senate majority. By comparison, lifting the ban on rent-control, which would only create a regulatory option many cities would likely avoid, is a move that would likely face stiff opposition from Republicans.

Another senator seconded Nelson’s analysis, and added a frank analysis of his own.

"The landlords have the Senate locked up," said Sen. David Frockt, D-Seattle.

"Candidly, I don't think it matters whether the city has been pushing it or not," Frockt added, because such a move would have "no chance" in a Senate that has rejected significantly less-dramatic increases to tenant protections. Even changes to tenant screening processes that have had relatively broad support have failed in the Senate three years in a row, Frockt said. Given that reality, Frockt said he thought putting rent control low on the priority list seemed like a prudent move.

"That's how the politics are," said Frockt. Frockt added that he had not been approached on the issue, or heard it brought up by city lobbyists during the legislative session.

But successful enactment of a bill isn't the only way legislators can move an issue. By starting informal conversations, lobbyists can inject topics into the consciousness of legislators, and spread information. By requesting work sessions,which often take place after the cutoff date for submitting new legislation eases the pace in time-strapped committees, advocates can bring conversations further into the public sphere. And, of course, bills are introduced every day in legislatures all over the country despite standing little chance of succeeding, even in the minds of the most wild-eyed optimists.

One such bill was Republican Sen. Doug Ericksen's move to stop the state Department of Ecology from implementing carbon emission limits - essentially a road block to one of Gov. Jay Inslee's personal priorities. Ericksen introduced the bill and gave it a public hearing in the Senate committee he runs two weeks ago, despite a virtual certainty that the governor would veto it if it were ever to reach his desk.

The point, as Sen. John McCoy, D-Tulalip, noted during a break from that bill's public hearing, was likely to send a message.

"Some of the best bills are never intended to pass, but to start a conversation, to make a point," McCoy said, and thus to be a first step toward changing policy.

Protest or not, no legislator interviewed for this report said they had heard of a rent control bill requested by the city, or even significant informal conversations begun.

City lobbyists, who operate through the Office of Intergovernmental Relations, are prohibited from talking to the press, and routed requests for comment on the issue to representatives of the  mayor's office, who did not respond.

At a city council briefing Monday morning, Sawant pressed Nick Harper, head of the city's lobbying arm, on why the conversations weren't even being started with legislators. Harper pushed back a bit, saying that legislation hadn't been put out because the bill didn't have a chance.

"My understanding is that your job is also to have informal conversations with legislators," Sawant said. Later she added, even if the lobbyists couldn't get a bill, it was their responsibility to press the issue.

"I would ask you," said Sawant, "to argue with legislators."

Without replying, Harper moved on to a question from another city councilmember.