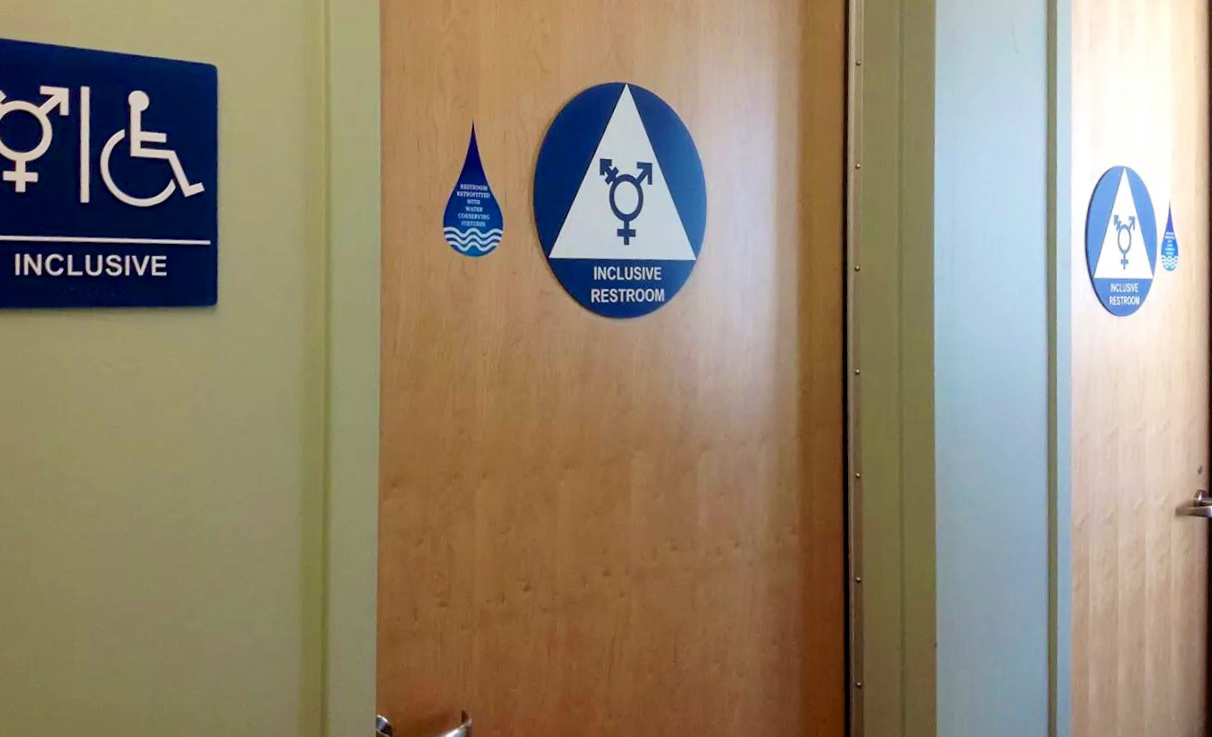 Legislators seeking to roll back a recent ruling on transgender rights have warned of safety risks to women. But how much evidence of trouble is there?

Late last year, the Washington State Human Rights Commission ruled that transgender Washingtonians have the right to use bathrooms matching their chosen gender identity. Citing privacy concerns, Republican lawmakers have since put forward at least six bills seeking to repeal the ruling, with several aiming to also prohibit the committee from taking action on the issue in the future.

Officials in Nevada, Oregon and Hawaii say that similar rules in the three states haven't been linked to any crimes. Two cases cited by a Republican lawmaker as justification for the bill took place in Toronto, under rules different from those in Washington.

Soon after the Washington commission ruling last year, an uproar arose when Kitsap and Pierce County YMCAs notified their members that they would be complying with state law by allowing transgender people to use the locker rooms and shower facilities of their choice. At the time, critics warned the change would inevitably lead to abuse of the rules by men hoping to gain access to women's locker rooms. Critics repeated the claims at public hearings for the bills in Olympia in recent weeks, at least two of which drew crowds that packed hearing rooms to capacity, and led lawmakers to limit the time for individual remarks.

Sexual assault, voyeurism and victimization of minors and the disabled were themes brought up repeatedly in the hearings. In many of the remarks, supporters of the bills said that protections extended to transgender people would inevitably be abused by men, who would claim to identify as women to gain access to women’s restrooms and shower and locker facilities.

Officials in three nearby states with similar protections in place, however, said they hadn’t heard of the rules being abused that way.

“I’ve never heard of anything like that,” said William Hoshijo, executive director of the Hawaii Civil Rights Commission. His organization oversees the protections in the state, and has been involved with public discussions and discussions with lawmakers about the issue repeatedly since the protections were enacted. In those discussions, he said categorically, he has never heard a specific instance of such a crime.

“I’ve never heard, even from opponents, a specific example of an instance of sexual assault” where the perpetrator claimed protection under the rules, Hoshijo said.

Hawaii has had rules protecting transgender bathroom access in place for 10 years.

Oregon has had similar rules in place for nine years. Charlie Burr, a spokesman for the Oregon Bureau of Labor and Industries, said the agency would have heard of complaints or crimes related to rights protections, and that it also hasn't received or heard of any.

A Las Vegas police department spokesman said that the department has seen no rise in sex crimes relating to protections for transgender bathroom access since rules there went into place in 2011. The most recent check on the issue was performed in 2014, said the spokesman.

In a press release late last month, state Senator Judy Warnick, R-Moses Lake, cited two cases at the University of Toronto where women had reported that a man had raised a cell phone above the wall of a shower cubicle to film them showering. When announcing her sponsorship of a bill to repeal the new transgender rights, Warnick cited the case as an example of men abusing protections for transgender people.

A University of Toronto spokesperson said the details of the case were more nuanced than Warnick's narrative. The crimes took place in unisex shower facilities, not women’s bathrooms to which the perpetrators had gained access by posing as transgender, according to the spokesperson.

But ambiguity does exist in monitoring the issue. Hoshijo, the Hawaii commission head, admitted that a case of voyeurism or another similar crime would normally be reported to the police. Although his organization would likely hear about it, he confirmed that his agency doesn’t actively monitor police reports, only civil rights complaints.

Even police departments may not necessarily be in a position to say with certainty whether the crimes have committed, especially if they don’t rise to the level of a sexual assault. Jesse Roybal, a Public Information Officer for the Las Vegas Police, said that crimes committed on private property such as a hotel or gym might not ever get reported to police. While his department was able to check for sexual assaults or other sex crimes associated with the protections, he said pulling numbers on less serious crimes would quickly become difficult.

Ambiguity also exists around the enforceability of so-called "bathroom laws" that would base access on physical status rather than gender identification, Hoshijo said.

One bill, sponsored by Sen. Doug Ericksen, R-Ferndale, was defeated in a 25-to-24 Senate floor vote on Wednesday afternoon. A public relations officer for Warnick, who has another bill that could still receive a vote, said she wouldn’t comment on the issue.

Updated at 4:53 p.m. to include information about Wednesday's vote.