Trish Dziko is fighting inequality in tech, one student at a time 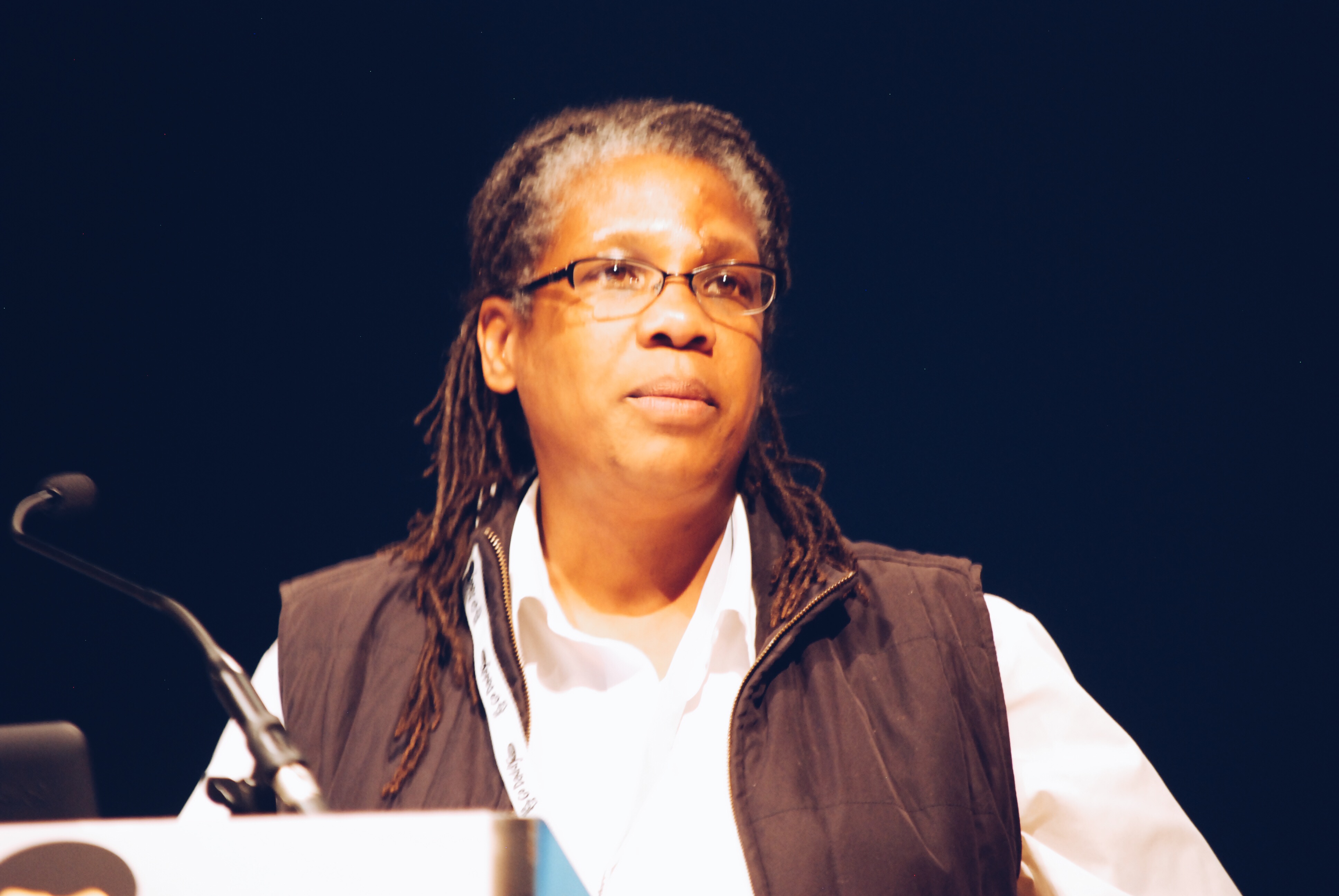 Since she was in sixth grade, Favour Orji has attended the Technology Access Foundation Academy. It’s given her a solid education in STEM (science, tech, engineering, and math), an internship at Fred Hutchinson Cancer Research Center, and a high school degree this year. And perhaps most importantly, it’s given her a role model to succeed as a woman of color in tech. That’s the woman who made it all possible: TAF director Trish Dziko.

“I would describe her as my inspiration,” Orji says. “I feel she pushes me to be better — everything she has accomplished, is doing for the community, people of color, it pushes me to utilize the resources that are made available to me.”

Dziko wears her hair in dark long dreadlocks with just a hint of gray at the roots. She has a bright smile and her voice emanates power, inner strength and a sort of fierceness. She has the air of someone who doesn’t mess around – in part, because Dziko has had to fight for herself throughout her tech career, and now fights every day for the next generation.

Twenty years ago, Dziko came up with the idea for TAF while promoting diversity for Microsoft in the HR department. There, she had turned a high school internship program into a program specifically for students of color.

“What I saw was a bunch of kids that didn’t have the exposure, but they certainly had the capacity and by the end of the summer they were all doing meaningful work,” Dziko said. “It seemed like we needed to be more intentional in having them be prepared for this work.”

She started a foundation to do just that, leaving Microsoft to pursue the new venture. Its work has been refined and tweaked over the years, but TAF’s mission has remained the same: to equip students of color for success, through the power of a STEM education.

Uma Rao, TAF’s Director of Development and Communications, says Dziko has a laser focus on helping students of color find a place in the STEM economy. “She will do everything she can to support a student,” Rao says. “If a student expresses a certain interest, she will go find people she knows to support that student with a mentorship or job.”

For its first decade, TAF functioned as a high school internship program, eventually transitioning into an after-school program called TechStart, which gave students in grades K-8 greater exposure to technology. Eventually Dziko began to wonder whether they could start a full-time school with this purpose.

By 2008, Dziko and others had made it happen, when TAF Academy opened in partnership with the Federal Way Public School District. A long bridge leads from the parking lot to TAF’s home in Bethaday Community Learning Space. The building is filled with rooms that foster creativity — from art displays to SMART classrooms, which employ technology in innovative ways. Large windows frame the building, whose large multipurpose room in the basement leads out to a patio, with a lake and park just steps away.

Ericka Pegues graduated from TAF Academy last year. She credits Dziko with kickstarting her career in biology through an internship, and now job with Fred Hutchinson Cancer Research Center.

“I learned from her how to just follow your interests and not steer away from that,” Pegues says. “She is really encouraging girls to stick with what we like, especially if it is in a tech or science field.”

Dziko has often had to fight for herself in the tech world. Growing up in the ‘70s, there weren’t a lot of options in tech — especially for a woman of color. After majoring in Computer Science at Monmouth College, she took her first job testing military technology at Computer Science Corps in New Jersey. She says that’s where she first experienced discrimination in the tech industry, watching person after person without computer science degrees get paid more than her.

The way Dziko sees it, the discrimination she has experienced isn’t just about her gender. It’s about her race.

“We are black first and women second,” Dziko says. “[Women of color] can’t open our mouths without someone feeling like they need to be afraid of us or we aren’t smart enough. We aren’t in the networks, we aren’t even in the networks of white women, so when things are happening, we aren’t included or we try to be included and we are shut out. That makes it very difficult regardless of how smart or capable we are.”

Throughout her career, she was usually one of two or three African Americans or Latinos at an organization, she says, and they were rarely women.

“The big diversity stuff was going on back then and we’ve had a few waves of it,” Dziko says. “It’s one thing to hire women and people of color, but it’s another thing to retain them and have an environment where they feel like they are respected, can contribute and be rewarded like others are. That’s where companies are tripping up.”

Today, Dziko works closely with public schools that want to copy the TAF Academy’s keys to success, partnering with districts and teachers. By 2020, TAF plans to educate over 15,000 students across Washington state.

“There is a lot of innovation here, but we keep bringing it from somewhere else," Dziko says, referring to the large number of tech workers in the region who are imported from other states. “We don’t grow it at home. STEM isn’t science by itself, technology by itself — it’s a way of thinking, solving problems and finding solutions.”

This past summer, Orji spoke with Dziko about making changes to the school. She had ideas for how to get students excited about returning to TAF’s campus after a summer away.

“The advice she gave me has stuck with me,” Orji says. “She said it was our campus and if we wanted to see a change, it was up to us to take the steps towards making it happen.”

It's an apt summary of Dziko’s overall philosophy. When positive change needs to happen in the community, you step up and make it happen.