After mass die-offs and gloomy reports, new hope for bees in Seattle 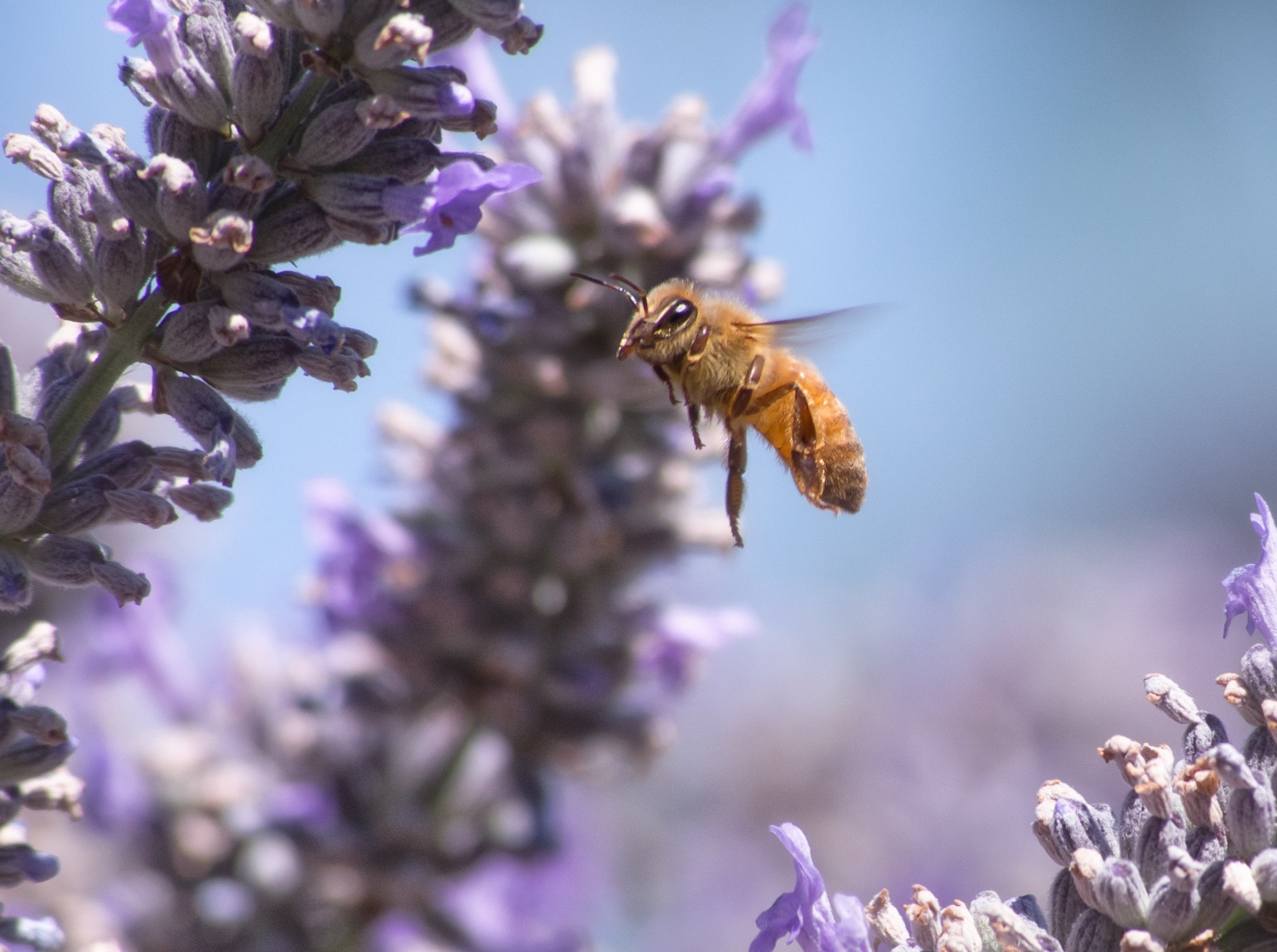 The queen is buzzing and vibrating. First she'll need to find a suitable nesting spot, then store and collect pollen. She's come to the right place; a pesticide free, restored urban landscape with flowers and fruit trees, native plants, crops and wetlands. It's perfect for pollinators of all kinds, honey bees, bumble bees, native bees and butterflies. Like patches of urban refuge everywhere, the Rainier Beach Urban Farm and Wetlands in South Seattle, is doing its part to stop a disturbing trend. Forty percent of all pollinators are at risk of extinction, according to a recent report from a U.N.-connected group.

The report, which assessed dozens of earlier studies, focused largely on the loss of habitat and possible threats from pesticides. It's the latest in a series of studies and reports indicating that bees, which also face threats from pathogens and parasites, are struggling in much of the world. The report, by the Intergovernmental Science-Policy Platform on Biodiversity and Ecosystem Services, noted that the the problems faced by pollinators could hurt some of the highest-value crops, including fruits and vegetables, which would create job losses, according to the New York Times. Scientists at the University of Minnesota say that while critical cereal grains like rice, wheat and corn are wind pollinated, a third of the world's crop species depend on bee pollination, posing risks for declines in production of some of the most nutritious parts of human diets.

Bee-friendly counter-strategies have become a rallying cry for gardeners, farmers, entomologists and others eager to reverse the trend. Pollinator power patches and unique bee housing schemes, such as a “pollinator post project” to build small spots for bees in neighborhoods, are all in the mix.

At the Rainier Beach Urban Farm and Wetlands, Ivy Clark guides a group of volunteers in the art of mulching new native plants and trees: spirea, red twigged dogwood, thimble berry. “In two years that whole field will be bushy and beautiful like the one behind us,” she says, pointing to willow trees, red flowering currant and Indian plum, already in bloom and rich in pollen and nectar, the food pollinators rely on. “If you give them the habitat, they'll be here,” she says, pointing to piles of rocks and woody debris that provide nesting sites for some bees.

Among the pollinators Rainier Beach Urban Farm and Wetlands wants to attract are native bees, wild bees that nest on the ground, under logs, in rocky crevices and in the hollows of trees and eaves. They do the bulk of pollination and are especially important for pollinating berries, says Chris Hoffer, education manager for the farm and its parent organization, Seattle Tilth. The best way to attract them is with native plants, because they've essentially co-evolved.  “When the native pollinators are waking up," Hoffer says, "that's when the native plants are blooming.” What's more, native bees are active in cloudy weather, which makes them a good fit for the Northwest. Honey bees, by comparison, prefer warmer weather.

Cloudy or warm, spring is the time to create nourishing pesticide-free habitat for bees. Picardo Farm, a neighborhood P-patch in the north end's Wedgwood neighborhood, is adding “pollinator power patches” to the array of things they're doing to please pollinators. The alliterative name was coined by a University of Washington grad student, Cameron Newell, who studied Picardo's resident bees and concluded that a mix of wild flowers, crops and herbs that bloom from early spring to late fall would serve them best. Master gardener Laura Matter, who has a plot at Picardo, says the power patches will have as many as seven different species to attract the same pollinators seen by Newell. Recommendations range from cilantro and squash, to comfrey, oregano, lavender, tomatoes, clover and sunflowers.

Restoring wild bees in Washington is also on the radar of the Northwest Pollinator Initiative, a partnership between Washington State University, farmers, urban gardeners and others. Eli Bloom, a PhD candidate in entomology at WSU, is researching the effects of urbanization and organic farming on bees. He's concerned about what “massive losses in global biodiversity will do to the food supply.” He notes that some results from studies around the world show that organic farming is one means to conserve bee bio-diversity. Organic methods rely on “community ecology” or an abundance of pollinators and insects to manage pests rather than chemicals. Another approach that seeks to reduce pesticide hazards, integrated pest management, is an ecosystem-based strategy that focuses on habitat manipulation, biological controls and resistant varieties.

Preliminary findings in urban Puget Sound indicate equal diversity in the types of bees as in rural areas, although less abundant numbers overall. One of Bloom's research projects is to provide habitat for cavity-nesting bees, the bees that provide a good half of all pollination services. To monitor them, he's engaging bee-loving citizen scientists in a unique housing project called the“pollinator post project.” Bright blue mail box size containers are attached to posts and placed in bee-friendly gardens to be monitored from April to September. Each blue box holds different sized cylinders for bees to store pollen and lay eggs.

“By providing habitat for many different species of bees,” says Bloom, “we can get an honest measure of the biodiversity of the different species that would use this habitat.” Then his team can address whether habitat can be used to conserve bees and “what it does for the community.”

Pesticides continue to worry bee-lovers. The most worrisome class to activists are neonics, the neuro-active insecticides chemically similar to nicotine. Scott Black with the Xerces Society for Invertebrate Conservation – the non-profit was named after the first butterfly to go extinct, the Xerces blue – says his organization is intent on not seeing any more pollinators go extinct, be they butterflies or bees. The non-profit was the first to pull together literature on neonics in the report, “Are Neonicotinoids Killing Bees?” Although the recent U.N. group's report reaches no conclusions about neonics, Black says the pesticides are problematic for several reasons. First they're designed to kill insects and bees are insects. “Strike 2 is that they're highly persistent in the landscape and once applied they can be in the soil for 18 months to two years.” One study found neonics six years after they were applied, he says. Lastly, they're systemic and are taken into every part of a plant including the pollen. “And that's of course what bees are attracted to. That's where they get all their food.” People like to point the finger at pesticide use by farmers, says Black, but more pesticides are used in urban environments, acre for acre than on ag lands.

The Xerces Society, Environment America, Environment Washington and others are actively lobbying the EPA to put a moratorium on neonics. The European Union has banned most neonics for use on flowering crops since 2013. Last summer, a U.S. court overturned the EPA's approval for a new formulation called sulforaflor, while the EU approved it. Many cities have taken steps to ban their use on city-owned property including Seattle, Spokane, Portland and Eugene.

Meanwhile bee-lovers everywhere are creating as much chemical-free habitat as possible. Even those without gardens or land can do their part by providing pots of bee-loving flowers where they live. Cosmos, asters, marigolds, sunflowers and lavender are particularly appealing to bees, but there are many others.

Is there hope for the tiny creatures who pollinate every three bites of food we eat? Hoffer, the Seattle Tilth and Rainier Beach farm education manager, thinks so. “Every time we include pollinator plants and take care of our gardens and lawns without chemicals we're giving bees a boost. Pesticides have been around for decades, but bees go back a hundred million years. My bet is on the bees.”