Did Seattle’s mayor give a Hitler salute? 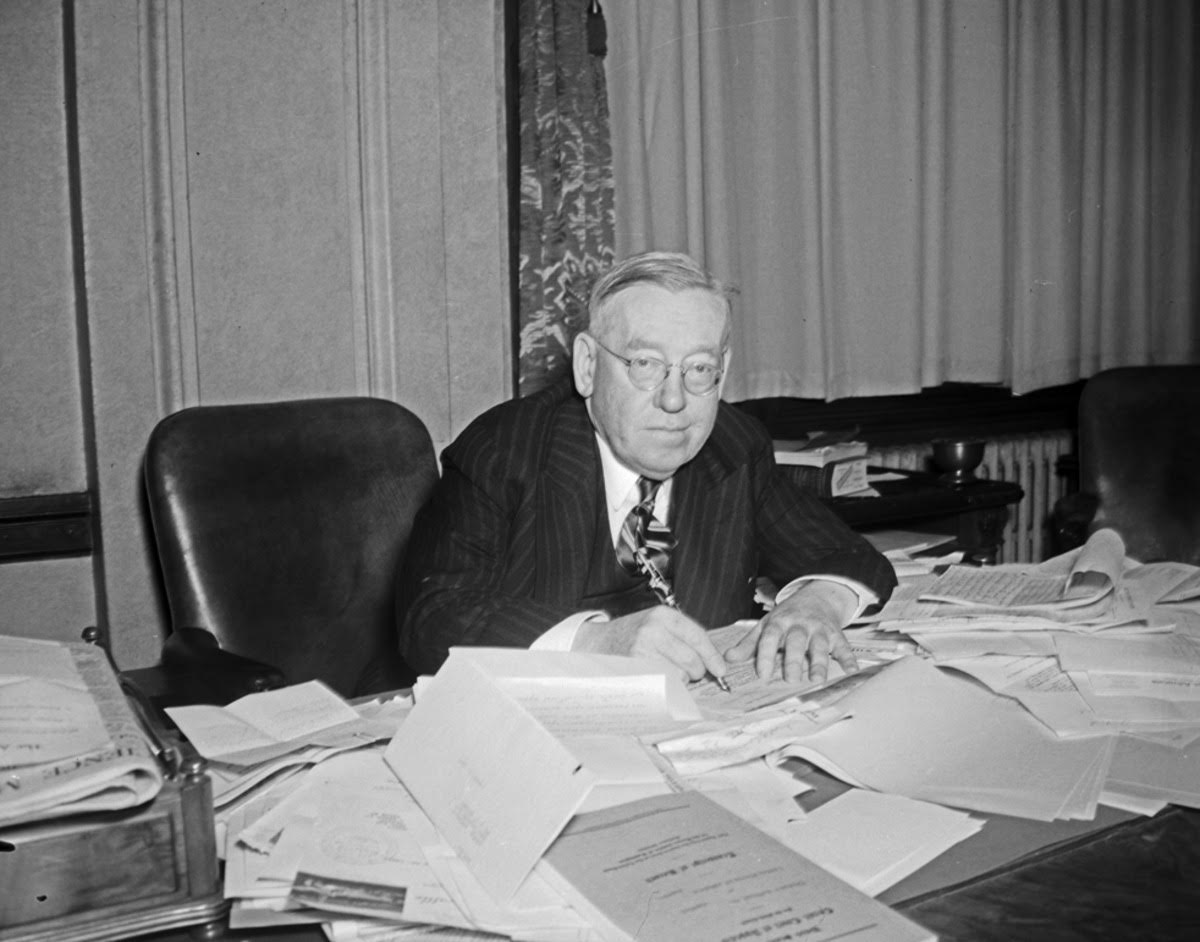 Seattle Mayor John Dore was known as being a showman, capable to turning a mundane event into a spectacle.

This is the fourth in a special series about the forgotten history of Nazis in the Northwest. The series starts here.

“[T]he mayor was up there and put his hand up in salute. That was international courtesy….”

Seattle politics of the 1930s was a bare-knuckle affair with labor strife, anti-Red witch hunts, violence on the docks, the Great Depression, and fractured politics ranging from the fringe-right Silver Shirt fascists and German American Bund to the Communist Party on the far left.

The mayor for some of the 1930s was John F. Dore, a gun-toting, Harvard-educated attorney, born in Boston of Irish heritage. If you think Donald Trump’s rallies get rough, consider that Dore would flash his pistol to the crowd if any heckler in the audience was packing heat.

As mayor, Dore played a pro-labor role, but pushed back hard against far-left labor organizers and forged a famous alliance with Teamsters leader Dave Beck to build a labor movement business could live with, by any means necessary. In order to quell labor unrest, Dore announced in 1932, "I’ll maintain 'lor' and order if it’s necessary to kill every person who raises a hand against the constituted authorities."

Ah, “raising a hand.” It was an interesting turn of phrase in light of an accusation made against Dore during his second mayoral term in 1937. It’s an accusation — now nearly 80 years old — that we don’t have a definitive answer for, but the fact that it was raised sheds light on the politics of the era.

Dore, like all city mayors, spent time appearing at various ethnic festivals and celebrations, giving speeches, promoting trade. These included annual events like German Day, Oct. 6, when German Americans celebrate the establishment in 1683, of Germantown, Pennsylvania, the first German immigrant settlement in what became the original 13 colonies. In the 1930s, Hitler’s regime was interested in promoting such events that showcased German heritage.

Civic leaders gathered at a local hall — in this case, the Masonic Temple on Capitol Hill (now the Egyptian Theater) — and with American, German and Nazi flags hanging, gave and heard speeches and enjoyed German music. Mayor Dore was among the guests. His attendance was jovially described by the Seattle Times: “[A]t the Masonic Temple it was Der Deutsche Tag, with Herr John F. Dore, burgermeister von Seattle… The Nazi swastika decorated the Masonic Temple and a German band played the music of Beethoven, Von Blon and Sonntag.”

An attendee, Bruno Dal Maissier reported to the Jewish Transcript newspaper that “he saw the city’s chief executive give the Nazi salute at the celebration, where the Nazi swastika hung in the Masonic temple — Masonry is banned in Germany — and where Nazi consul G.A. Reichel also spoke, praising the Hitler regime.”

Another participant was Hans Otto Giese, a Seattle attorney for the German consulate who also gave a pro-German speech at the event. He said in an interview with the FBI in the 1940s that Dore had raised his arm on that German Day. “[T]he mayor was up there and put his hand up in salute. That was international courtesy. … In light of these events now, it just seems crazy. But now, the officials of the state, city, were there, and they came back year after year…”

In court testimony, Giese reiterated that Dore saluted, but stated, “There was no heiling or anything of that sort.”

The Jewish Transcript asked the head of local chapter of B’nai B’rith’s anti-defamation efforts in Seattle, attorney P. Allen Rickles, for his thoughts. He was a Democrat and mayoral appointee and he doubted that “Johnny” Dore gave any such salute, saying that he had talked to Dore the morning of the event to remind him what German Day was about — Germans escaping persecution in their homeland and coming to America. “The United German Speaking Organizations of Seattle are not Nazis by any means. They don’t like dictatorship. They’re loyal Americans, who love democracy.”

Dore had also taken a stand against German anti-Semitism before many mainstream political figures were speaking out against it. In 1933, the Seattle Times ran a photo of Dore, city council member David Levine and others signing a petition asking President Franklin D. Roosevelt to speak out against what Germany was doing to Jews. Dore, a Republican, had supported Roosevelt’s election in 1932.

The Transcript tried to reach Dore for an answer to the question of whether he’d raised his arm or not, but I have not been able to find any record of an explanation or denial. At the time the article came out Dore was in Denver “addressing the A.F. of L. convention. And it is vigorously anti-Nazi,” they reported.

The charge against Dore is interesting because his second-term tactics were compared by some to Germany’s. Historian Roger Sale has written that union boss Beck operated like a “dictator.” In 1936, former Republican Governor Roland Hartley criticized what he called the “Beck-Dore machine” saying that it could one day rule the state “like Hitler rules Germany.”

It is also true that in this era, pro-Hitler speeches and Nazi flags were part of some German community events. The casual newspaper reference to swastika flags is indicative that not everyone was outraged by them at the time.

Raising an arm might have seemed like little more than putting a hand on one’s heart during the pledge of allegiance. Or it might have seemed theatrically appropriate. Certainly, Dore’s record doesn’t suggest he was any kind of Nazi, closeted or otherwise.

It is difficult now to imagine any Seattle mayor today being part of an event where the Nazi flag is hanging, let alone saluting it. In light of events “it just seems crazy.” Dore didn’t live to see the worst of those events, however. He died in office in 1938, some six months after questions were raised about how he celebrated German Day.

Next: The Nazis' last days in the Northwest