Forget about the Sonics: There are better uses for our money 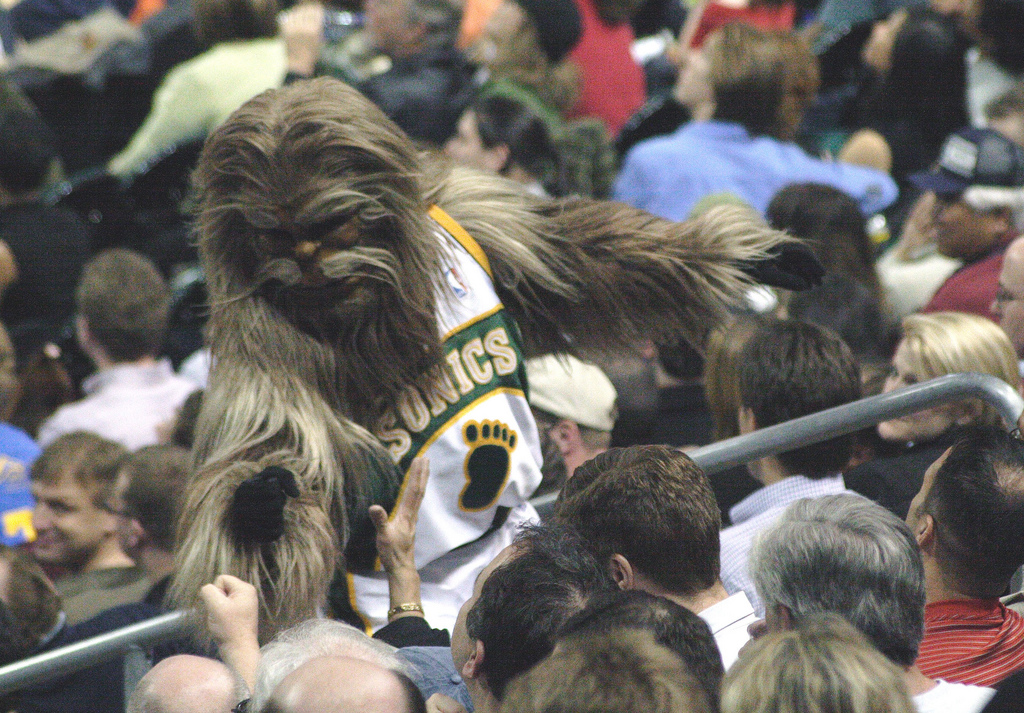 This week, the Seattle City Council will be hearing from people about a “street vacation” in SoDo that is part of the plan to build a new basketball/hockey arena. The final decision is slated for April, but if the council gives up the public right-of-way to a portion of Occidental Ave., it will remove a hurdle to the possible development and signal that the project is “shovel ready.” That might help lure a professional franchise, though none is likely to materialize soon.

Such street and alley vacations caused controversy in the past — remember the debate over a Whole Foods alley vacation in West Seattle during the mayoral race a few years back? Giving up city property for private development rightly needs scrutiny, but the city has done it for projects as unworthy as a 500-room Beacon Hill bordello during the early 20th century, when vice interests ran City Hall. So don’t expect much moral debate on the subject.

But there are opponents of the SoDo arena and they include powerful constituencies including both the state senate and house transportation committee chairs, the Northwest Seaport Alliance, various unions and the Port of Seattle. All believe that the project is in the wrong part of town and will interfere with port and manufacturing activity, freight mobility, and could lead to gentrification of an area key to industry and trade.

A study for the city council last year, the AECOM report, showed that Key Arena at Seattle Center, formerly the home of the Sonics, could be retrofitted to accommodate the NBA and NHL, contrary to previous reports. Why not refurbish a city-owned facility at the Center at a site designed to host professional sports? It would be cheaper, and with planned future light rail and the Mercer Mess “fix,” it could work while not interfering with international trade and union jobs.

There’s also the question about whether we ought to be focused on this right now. The SoDo arena deal uses public funds in a way that works around a voter-passed initiative to limit the city’s ability to subsidize sports. It got 75 percent of the vote. The group that pushed that law was called Citizens for More Important Things.

A recent poll commissioned by the Seattle Port, conducted by the Northwest political shop Strategies360, checked in with Seattleites on their current priorities. More important things, including homelessness, housing costs, transportation and traffic, top the list. A SoDo arena was at the bottom.

Three quarters of those polled said a new SoDo arena should not be a priority now. Half said that the city should not be investing in any arena right now. Only 16 percent thought it a priority to invest in a new NBA SoDo arena, and only 30 percent in Key Arena. A majority, 73 percent, thought it was premature to move forward with any arena project, and a similar number said the city should not move forward with an irreversible street vacation.

SoDo proponents dispute some of the poll’s results, but it’s worth pausing to consider. For all the hoopla about bringing the Sonics back, skepticism remains about how much the city should do, or give away for such a project.

Interestingly, the AECOM report that concluded that Key Arena could be made viable for the NBA and NHL (contrary to previous assumptions that the facility was unworkable) also explored other options. One little-noticed option was Scenario A2. This envisioned modest updates and improvements to Key Arena so that it could host more events, but not enough to accommodate either the NBA or NHL.

If no other arena is built and if Key Arena could live on as the improved, premier concert venue in town hosting graduations and teams like The Storm and Rat City Rollergirls and Seattle University basketball as it does now, it could actually generate more operating income than if it hosted the NBA or NHL teams. Less revenue, but more net to the operating bottom line — over $2 million per year, according to a financial pro forma included in the study.

It would make financial sense for the city to simply to let its deal on the SoDo arena expire, modernize the Key modestly, and let a new facility be built elsewhere on someone else's dime, or not at all. The city doesn’t need professional men’s basketball or hockey to prosper (look outside at the cranes) and doubling down on Key Arena would be a sound, responsible financial move that helps fund Seattle Center and doesn’t violate Seattle citizen’s sense of priorities — or undercut the will expressed previously by the voters.

We want the Sonics back, but do we really need them?