In fight against opioid addiction, a local approach getting real results 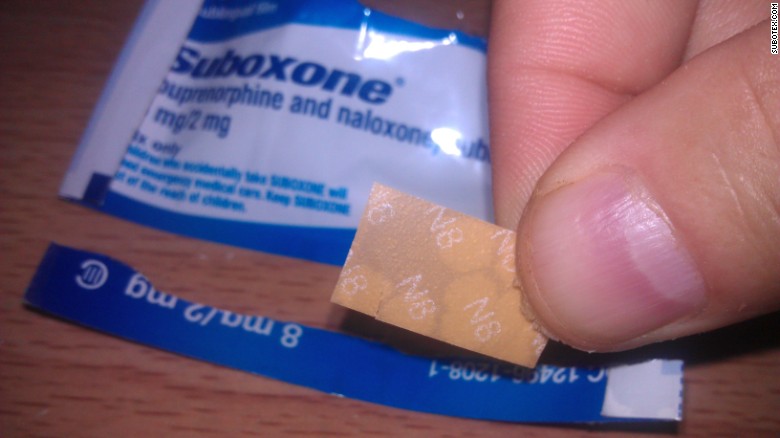 A strip of Suboxone.

Hearing the life of Desirae Downing, 33, it’s no wonder she struggles with opiate use. As a child, her biological father molested her. Her stepfather routinely sold drugs to Downing’s friends, teaching them how to cook heroin, encouraging them to party with him. She found her own mother blue in the face one morning, dead from asphyxiation. She also found her boyfriend’s mother, blue in the face, dead from drug use. She watched that same stepfather, with whom she’d maintained a strained but consistent relationship, nod off. She thought he was falling asleep; he was, in fact, dying from an overdose.

And because of her own drug use and the use of those around her, Downing lost battles with Child Protective Services for her two daughters.

Downing first started using cocaine at 14, smoking crushed prescription opiates. Heroin followed not long after that. She did hard drugs surrounded by friends and family for years.

But on a cloudy March day, Downing sits at a table at Neighborcare Health's Meridian Center for Health in North Seattle — established in partnership with King County Public Health and Valley Cities Behavioral Health — clean for the last six months. She got to this point thanks, in large part, to her prescription for Buprenorphine — Suboxone by its market label. The drug is designed to kill cravings, lighten the effects of withdrawal and pinch off any pleasurable effects of taking opiates.

Downing speaks quickly and frankly as she recounts her brutal life, her voice raspy. She knows she doesn’t have to share everything, but says she wants to, that it’s good for her. Downing kicked her habit almost overnight with the help of Suboxone and has been clean for six months. She calls the little strip she puts beneath her tongue every morning a “miracle drug.”

Beyond Suboxone, the Meridian Center’s holistic view of healthcare — seating dentists next to doctors next to behavioral health services next to social workers — is helping her build other foundations for a better life. As the medicine she gets from Dr. Matt Perez clears the cobwebs of addiction, she is achieving the clarity of mind to work through her trauma just feet down the hall.

Neighborcare is the largest network of community clinics in Seattle. They see 60,000 patients a year, 85 percent of which are on Medicaid. Many are homeless.

The Meridian Center is the newest addition to the network. It’s a modern building with wood paneling. Inside, natural light catches varnished wooden tables and polished floors. It’s hard not to wonder why every clinic isn’t organized like the Meridian Center for Health, breaking the silos that often exist in healthcare. Because the care they offer spans most corners of the healthcare spectrum, patients don’t have to understand what they need before they walk through the door.

And when other issues come to light — that perhaps a broken bone was the result of domestic violence, or a cough is the result of years of smoking — referrals can happen almost instantaneously. It’s called the “no wrong door” philosophy.

Because of the clinic’s fluidity, it makes sense as a recovery space for opiate addicts. Dr. Matt Perez is trained in SBIRT, short for Screening, Brief Interventions, and Referral to Treatment, a subtle way of coaxing stories out of drug users. As his patients come for more standard maladies, the hope is to catch early stages of use that would not likely come out otherwise.

“Do you use any drugs?” Perez demonstrates, speaking in a soft voice, absent of judgment. “You do? Let’s talk about that? Are you interested in help? Are you aware that I’m a Suboxone provider?”

It’s a gentle nudging. The Neighborcare approach is that people won’t make jumps before they’re ready, that they simply need to be helped along their own path. Many of the patients Perez sees are using prescription drugs, but not heroin yet. Helping people before they get too far down the line is the center’s true specialty. In that respect, Downing is actually an outlier.

With a grant from the U.S. Health and Human Services Department, Neighborcare is looking to expand its opiate treatment, providing more doctors the resources needed to distribute Suboxone. Dr. Perez is an evangelist for the drug. He’s not an addiction specialist, but takes particular joy in helping those struggling with opiate use, and believes it can work wonders. “The saves you get are really gratifying,” he says.

Suboxone is quickly replacing Methadone as the most popular drug to treat opiate addiction. According to Downing, Suboxone “allows me to be a normal person.” When she uses it, she feels clear headed, alert and, most importantly, no desire to use heroin. Downing has tried Methadone before, but it made her groggy, and she still continued to use heroin while on it.

“I’d say Methadone worked for maybe 10 percent of the people I knew,” she says. But she says Suboxone works the other 90 percent of those trying to get clean.

Most significantly, Suboxone is discreet. The stigma of Methadone clinics is enough to spark neighborhood conflicts and drive away the people who might need the drug. But Suboxone users can slip in and out of Neighborcare as easily as someone with a flu.

But the world of Suboxone is a frustrating one. Not only is it expensive, but it’s more challenging to prescribe than the pain medications that can get people addicted to opiates.

“Ridiculously, the federal government won’t allow physicians assistants or nurse practitioners to prescribe Suboxone,” says Perez. “They have unlimited ability to prescribe pain meds, but they can’t use this very safe drug.”

The last time Downing was clean for an extended period of time was also thanks to Suboxone. It helped her kick the habit for nearly two years. But her insurance shifted and the drug was too expensive to buy out of pocket. She relapsed. She feels more secure this time around thanks to the Affordable Care Act. And Neighborcare, for its part, offers a sliding pay scale to its patients, so if Downing loses insurance, she could likely still find a way to get the drug.

Telling her story, Downing reveals years full of great guilt and great trauma. It's been a long road. But now she wants another kid. She wants to be a "productive member of society." She wants normalcy. None of that includes heroin.