Mercer Island gets in touch with its artsy side 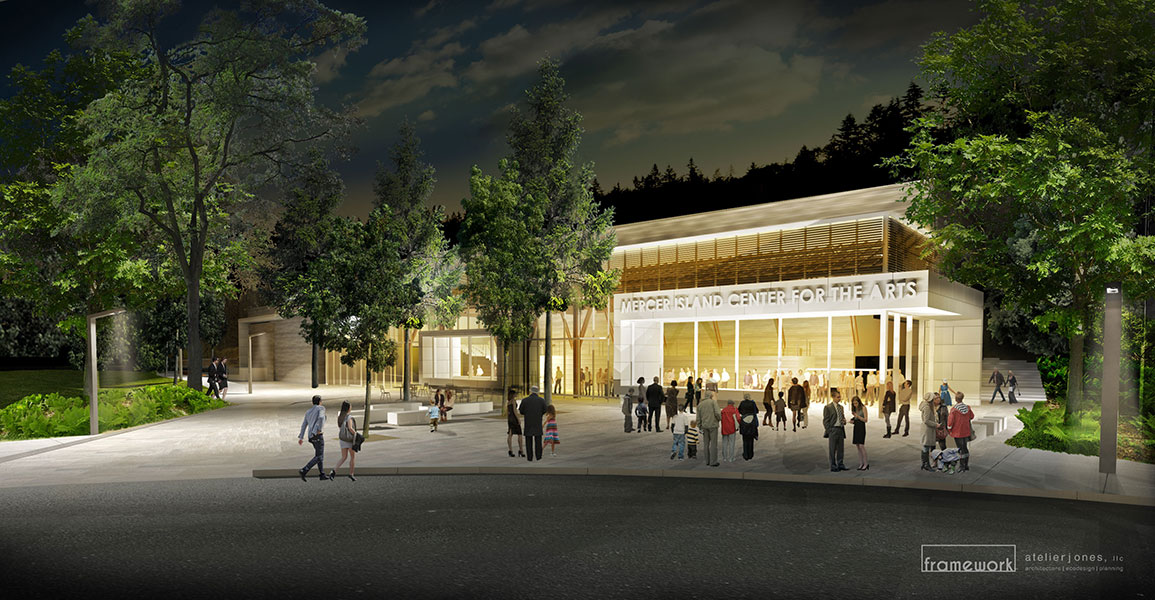 A sleek new performing arts center in the heart of Mercer Island could be just a couple years away for the Eastside, if all progresses as planned.

In a community-led effort, a group of Mercer Island residents is planning to build the Mercer Island Center for the Arts (MICA), a multi-theater performing arts facility, in the island's town center. The building, expected to cost $25 million, would cover about 25,000 square feet on the edge of Mercerdale Park, replacing an old recycling center. The new building would contain a 300-seat main stage theater, a black box theater, studios and classrooms.

It’s a big project for Mercer Island that will require ambitious private fundraising, although not on the scale of the long-discussed but still unfulfilled $160 million Tateuchi Center proposed in downtown Bellevue. And MICA has drawn at least some opposition in Mercer Island, where almost any development can trigger pushback.

Backers, however, are optimistic that they can pull off the project.

Virl Hill, one of MICA’s board members, said MICA will work with a professional consulting firm to develop specific strategies for their upcoming fundraising push to hit their target number. Additionally, the project has already raised $5 million, he said, without having launched their main fundraising campaign.

The idea for this performing arts building came together more than two years ago, after local theater school Youth Theatre Northwest (YTN) lost its facility on school district property to make way for a new elementary school. Wanting to find a new permanent home, YTN partnered with the City of Mercer Island to identify a suitable location. The only space deemed appropriate on the island was that of the old recycling center.

At this point, John Gordon Hill (no relation to Virl Hill), a Mercer Island resident who had been involved with YTN since its founding in 1984, suggested creating a venue that could be more financially sustainable and beneficial to the community at large. Hence, MICA was born.

“The idea at that point was to say, well actually, there’s never been a center for the arts on Mercer Island that took under one roof all of the artistic activities that went on here,” said John Gordon Hill, MICA’s President and Board of Directors Chairman. This soon brought a question: “What if we said, let’s make something big, let’s make something for the entire community with Youth Theatre in residence as our principle tenant?”

Since then, the group has talked extensively with city officials and other stakeholders to work out the technicalities of constructing the building. There’s still much work to be done, though — and the clock is ticking.

Since its displacement a few years ago, YTN has found a temporary home in a local church. But their limited space has meant logistical difficulties and shrinking audiences and revenue. John Gordon Hill said that creates a sense of urgency, adding, “They need to have a new home within the next few years.”

As a multi-purpose facility, MICA would bring numerous arts groups together in one place. Aside from YTN, the building would also serve groups like The Children’s Dance Conservatory, Music Works Northwest and the Russian Chamber Music Foundation of Seattle.

Manuel Cawaling, executive director of YTN, believes the interdisciplinary environment within the building would be a great vessel for creative collaboration in the arts community. “I think, for a long time, arts on Mercer Island has really operated in different silos,” he said, “and I think that sharing a building really pops all those little silos.”

Beyond performances, John Gordon Hill said that education will be a major focus for MICA. He envisions a lively space in which classes, events and meetings would be happening all day, every day. In fact, 40 percent of MICA's projected revenue will come from educational programs, according to Virl Hill.

In today’s world, where careers in the science and technology fields connote success, John Gordon Hill — a producer, director and cinematographer by trade — also sees a lot of value in encouraging kids to explore their creativity through the arts.

While its supporters look ahead to possible groundbreaking next yer, MICA’s development has attracted attention recently for the pushback it’s received from some community members. Several have written Letters to the Editor to the Mercer Island Reporter expressing their opposition to MICA’s proposed location.

Alan Lippert, a Mercer Island resident of 21 years, says his main concern is with preserving limited park space on the island. He doesn’t believe using this space for “commercial purposes” is appropriate, and called this project a step down a “slippery slope.” His views are shared by a group called Concerned Citizens for Mercer Island Parks, whose meetings attract about a dozen community members each time, he said.

Because the city opted to move forward with MICA’s plans without an advisory vote from Mercer Island residents, some who oppose the project’s proposed location created an initiative. The measure, which would need about 3,000 signatures to get on the November ballot, would put sharp conditions on the use of parks lands for a project like MICA, according to the Mercer Island Reporter. Lippert said if the people as a majority want this to go forward, so be it — but he’d want them to have a say in the matter.

In a bigger picture sense, Lippert also doesn’t like the idea of large building developments throughout the city, and enjoys the island for its small-town character. “People move to Mercer Island,” he said, “because the things that are around Mercer Island are basically a small community, a sleepy community.”

According to Virl Hill, MICA has conducted public opinion surveys on the island, showing that 75 percent of respondents were aware of the project, and 64 percent were in favor of it. Grausz said a vast majority of community members he’s encountered support MICA’s plans.

Grausz believes the project offers economic benefits. “Mercer Island is an odd place in the sense that we have a town center which doesn’t have a center,” he said. “... And what MICA actually offers us is the opportunity to actually have a center for our town, so actually bringing people into it, which first will help our retail which has been hurting for many years on the island.”

Longtime resident Carolyn Boatsman, who lives near the town center, said that, for an affluent community, “it’s a real gaping hole that we don’t have something like this already.”

MICA is now turning its attention to fundraising. Since MICA is not a public project, most, if not all, funds will have to come from private donations and grants — and the group will have to raise 100 percent of the $25 million estimated cost before construction can begin. The group is uncertain whether these funds will come through in time for the project to stay on schedule.

But John Gordon Hill remains optimistic. “I feel that this is moving ahead in a good way, and we have really strong support on the island in general,” he said. “The people working behind this and the team that we have — we’re in great shape. We’re in a great place.” 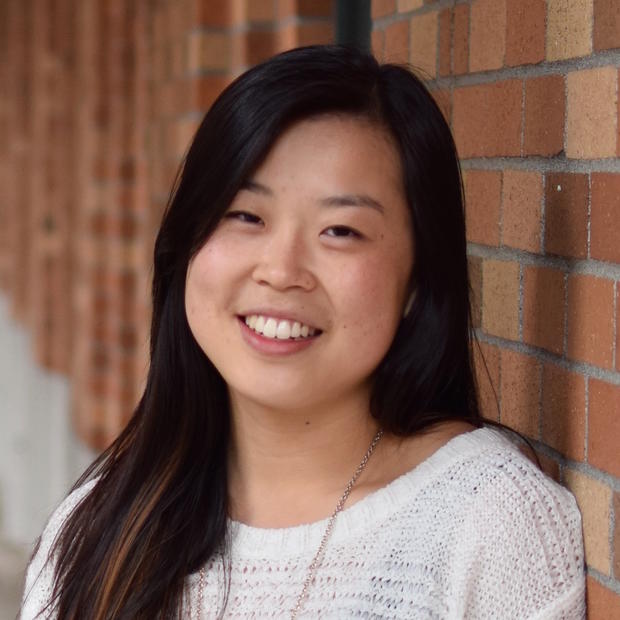 Shirley Qiu is a journalist from Seattle who believes in the power of words and good storytelling. She's written for The Seattle Times, Seattle Met magazine, The UW Daily and The Jakarta Globe.