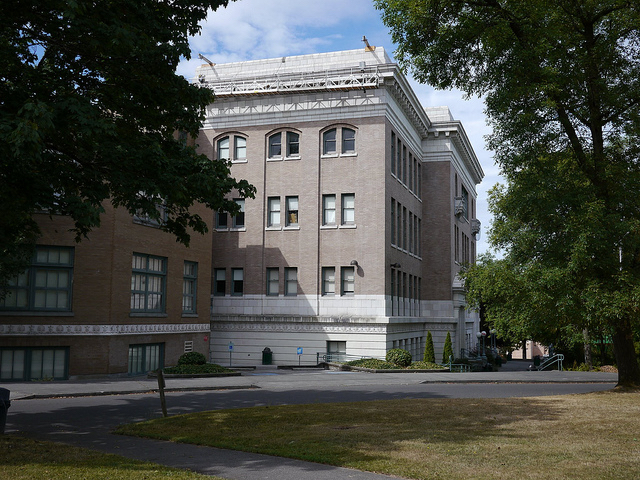 After an earlier fight over a deadline for funding schools seemed close to dividing the Legislature, some Republicans are pushing to create even firmer timing for having the state take full control of funding schools’ basic costs.

Part of the taxing authority schools have long used to fund themselves is set to expire next year, and privately and publicly, some Republicans have raised the idea of using the expiration as a de facto deadline, to force the state to replace local funding with state money. And in something of a reversal, Democrats have found themselves arguing against the idea of the harder deadline, saying that the 2017 Legislature may not be able to make a fix soon enough to avoid causing huge budget problems for schools.

The question centers on passage of local schools' taxing authority under the so-called "levy lid-lift," an otherwise-routine bill regularly passed to authorize school districts around the state to fund themselves through taxes in their districts. In 1977, the Legislature set a hard limit or 'lid' on how much of school budgets can come from local taxes — but lawmakers have passed exemptions to let schools raise more than is technically allowed. With action to update the levy authority planned this year, however, some have brought up the idea of allowing the exemption to expire, at least in part because it would put huge pressure on lawmakers to act next year on adding new funding to schools.

“This is a bit of a forcing function,” Rep. Chad Magendanz, R-Issaquah, told the House Appropriations Committee. “There is a feeling … that this would drive consensus earlier and reduce the temptation to kick the can down the road.”

Magendanz later voted to extend the funding, but said he did so reluctantly.

When an alternate version of the measure came up in the Senate, Sen. Bruce Dammeier, R-Puyallup, also spoke out against extending the funding. And while most House Republicans voted in favor of extending it, all but three Senate Republicans voted against it. Later, the leader of the House Republican minority, Rep. Dan Kristiansen, R-Snohomish, said that while letting schools’ taxing authority expire seemed extreme, the notion of at least capping the extension at one year could have some merit as a way of “keeping the pressure on” lawmakers to find a fix. Democrats have lobbied for a two-year extension.

On Tuesday, Senate Majority Leader Mark Schoesler, R-Ritzville, also brought up the cost of extending the levies — about $90 million, which is provided to keep the poorest districts from falling too far behind those with larger tax bases. “If you extend the levy cliff, you obligate yourself to a sizable amount of money,” Schoesler said. “It doesn’t come for free.”

Earlier in the year, however, another deadline saw the two parties taking different stances.

In January, a key Republican's objections to a deadline written into a school funding bill risked derailing a seven-month project to create a plan to meet the state's obligation. That obligation comes from the Washington Supreme Court’s 2012 McCleary ruling that the state must fully pay for public schools. To do that, a bipartisan task force recommended a 2017 deadline for funding action from the Legislature. But discord grew when some Republicans called the deadline an unconstitutional restriction on a future legislature, while Democrats said it was necessary to keep the process on track.

This Monday, Sen. Marko Liias, D-Lynnwood, and Senate Minority Leader Sharon Nelson, D-Maury Island, said that failing to extend local districts' full levy authority — the move discussed by some Republicans as a “forcing function”— would have drastic effects on schools. Later, Liias called the idea of using levies as a deadline “reckless.”

The schools would be fine for the school year beginning in September. But schools would start planning their budgets for the 2017-18 school year on Jan. 1 if not sooner, while next year’s Legislature, at the earliest, wouldn’t decide on new money for the schools until sometime in March. During that gap, the two warned, schools would have to plan for the coming year without guarantees of either levy money or increased state support — and might have to initiate layoffs and program closures.

If the Legislature doesn't renew the exemption, schools that currently receive more than about a quarter of their budget from property-tax levies in their districts would see a decrease in the maximum amount of tax they could ask for.

Not every school takes advantage of the increased limits — 140 of the state’s 295 school districts don’t — but those that do would then face budget deficits. Many of those are the ones where voters are most committed to strong schools. The decrease in the levy limit would mean that the Legislature would either have to cover the shortfall — about $462 million dollars — or take the heat for failing to do so.

The idea of using the levy cliff to force the Legislature to act also has some supporters outside the Legislature. State Superintendent of Public Instruction Randy Dorn has consistently said the strategy could get Washington to a quicker commitment to full funding of education, a position he reiterated Tuesday. And he said he thought there would be a way to avoid the kind of drama Liias mentioned, if only just.

The prospect of putting the system “into chaos,” Dorn said, is the most likely way to get results from a legislature that has stalled for years on giving more money to schools. And, uncomfortable as it may be, Dorn said, the damage it risks is ultimately to what is an unjust system now.

Levies allow wealthy school districts to raise more money and hire better teachers, Dorn said. “We’re letting certain kids start on second base,” he said, “and the other kids are still working on getting their uniform and getting a bat and a ball and a mitt.”

Dorn said the strategy of forcing the issue is one for which he has caught flack from the districts he oversees. From his point of view, as painful as the approach might be in the short term, forcing the Legislature up to the edge of the levy cliff is the surest way to get the state lawmakers and the governor to act.

“If you do the levy lid lift, it allows them off the hook,” Dorn said.

Underlying the question of whether the Legislature needs an intentional budget shortfall as motivation to act is the question of whether the other deadline they agreed to this session is strong enough to force action on its own. That’s the McCleary-funding deadline the Republicans and Democrats first disagreed over — it finally made it past both the Senate and the House, and the governor signed it into law Monday.

The bill that established that deadline doesn’t have any negative consequences written into it the Legislature misses it, but Democratic Sen. Liias said he thought that it was sufficient because legislators know they’re under the watchful eye of the state Supreme Court. The threat of the court imposing consequences of its own, Liias said, should be enough to keep the legislature on track.

With the current session facing key deadlines before its March 10 end, the Legislature will likely make a final decision on the levy lid lift early next week.