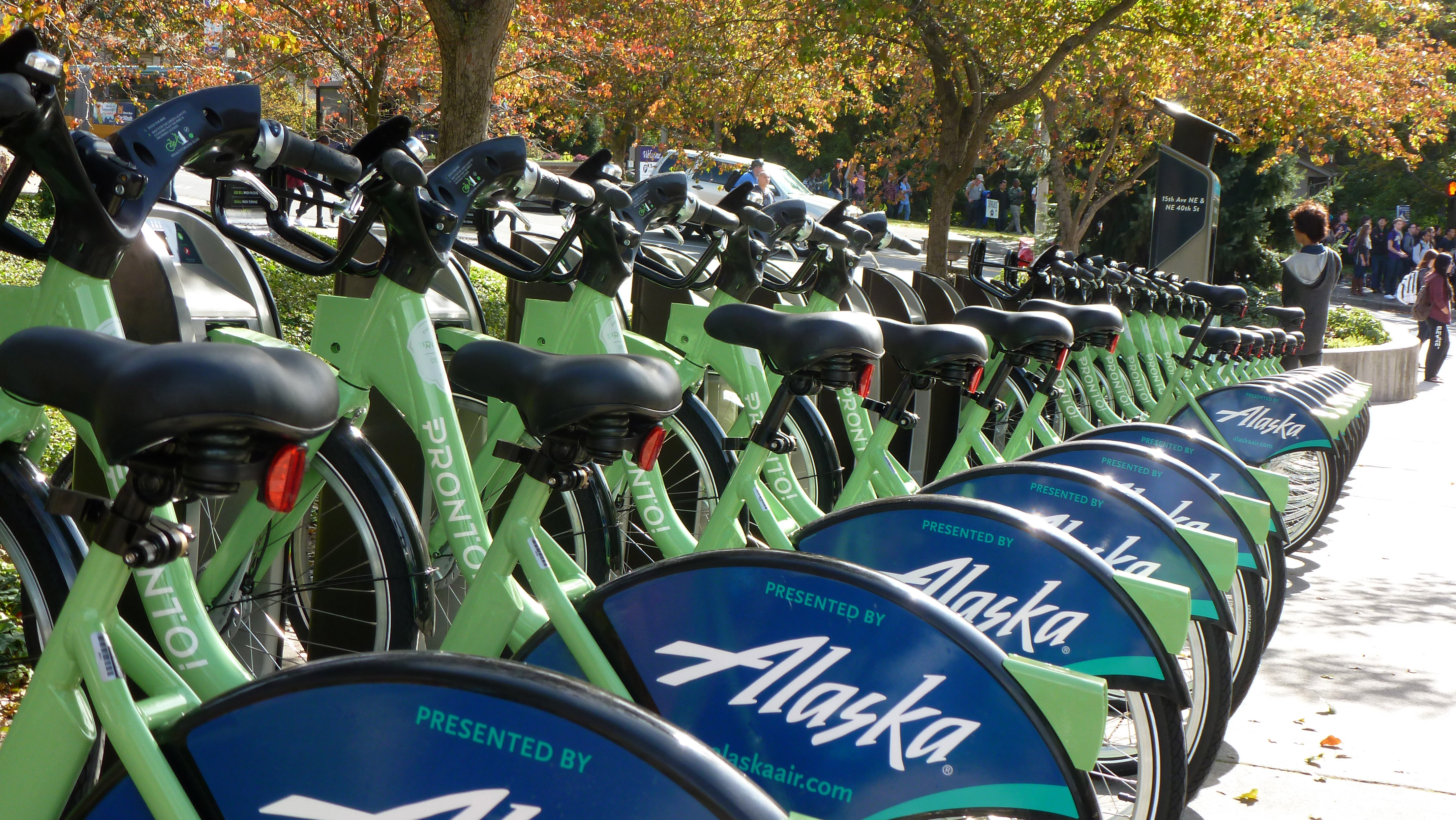 From a philosophical perspective, the debate over whether the city should acquire insolvent bikeshare system Pronto should be a slam dunk for the famously liberal City Council. And yet, some of its members hedged toward a more free-market approach to the program in a Tuesday meeting of the Transportation Committee.

A committee vote ended in a 3-3 tie, which means the proposed acquisition will advance to the full council for a vote on March 14, a week from next Monday.

If there was a consensus at the table, it was that no one was happy to be there. “I really wish we weren’t in this position,” said Councilmember Mike O’Brien, the committee’s chair.

The council was all but blindsided last January when the Seattle Department of Transportation came to it with a request for an early release of $1.4 million to keep the program afloat. The money would be a hurry up expenditure, coming out of $5 million budgeted for Pronto expansion in the Mayor’s 2016 budget. Revenue and sponsorships, it turned out, were going into paying down the system’s debt, so there would not be enough to pay the monthly bill by Brooklyn-based Motivate, which provides the day-to-day operations of the system. If the city did not release the money, council members were told, Pronto, which is currently part of the nonprofit Puget Sound Bike Share, would be belly up by the end of March.

The council members' ongoing frustration spiked Tuesday afternoon when SDOT Director Scott Kubly admitted the department had an inkling things weren’t going so well as far back as last May. In hindsight, he said in response to a question from O’Brien, it would have made more sense to come to the council at the first sign of danger.

Coming to Kubly’s defense, recently elected Councilmember Rob Johnson offered that Pronto had been in the middle of an application process for a $10 million grant from the federal government and, essentially, didn’t want to show weakness. “Government likes stability,” agreed Kubly.

The grant, in any case, was denied.

The late hour revelation of troubles has put a gun to the Council's head and forced them to ask some tough questions of themselves. In the grand scheme of the city budget, $1.4 million is not a lot. But should the city get into the business of bailing out troubled experiments? And, if the bikeshare system has had troubles so far, what’s to say it won’t have troubles again? That would put the city on the hook for something that is currently not the city’s problem.

Before the elections, people liked to talk about the City Council’s “leftist bloc” that could be counted on to vote together on contentious issues. But Pronto is a wonderful example of how those voting blocs have diminished.

Councilmember Lisa Herbold, seen as a leftist stalwart when she campaigned for office last fall after years as a staffer for a council member, was the lead advocate Tuesday on letting bikeshare die. Then, the city could restart it with a fresh competition for proposals on the open market. “We don’t know what kind of better deal we could get if we don’t ask,” she said.

Unless the council members decide to totally pull the plug on bikeshare — which seems unlikely — a new request for proposal (RFP) for Pronto expansion will be issued eventually one way or the other. But if the city bails out Pronto, it will maintain the infrastructure it has now — those green bikes you see everywhere — until an expansion hits the market place. Herbold’s argument was that that puts Motivate, the operator of Pronto, at an advantage in the RFP process. It’s sort of the same advantage afforded to incumbents in political races, only with a lot more infrastructure to swap out.

Councilmember Tim Burgess, never considered a member of the leftist bloc, offered a similar amendment. But unlike Herbold, Burgess would take the money the city won’t spend on Pronto to start a “public-private” partnership “that does not rely on city of Seattle funding for operating revenue and jointly shares responsibility for capital expenses.”

The third option was the preferred avenue for SDOT — as well as O’Brien, Johnson and Councilmember Kshama Sawant. That is, the city takes over the program. The city would run Pronto through 2016 before issuing an RFP in 2017 for expansion. Through that lens, Pronto becomes a piece of the transit puzzle, like buses or the streetcar. And Kubly pointed out to council members that all other modes of transit receive subsidies from the city.

Kubly as well as Johnson made the argument that, under that model, the city would have more control over questions of equity such as offering discounts to low-income families and ensuring stations are placed equally across the city.

Of course, the question here is, How will the program be any different?

Councilmember Debora Juarez said, “What do you do in a hole? You quit digging.”

The counterargument is that Pronto’s initial projections were too liberal, which led to a too large loan. When you look at operations, argued Johnson, the bikeshare program actually functions pretty sustainably. “I actually see us as … getting a pretty good deal,” Johnson said.

In a tie, the bill moves forward to the full council with a week delay to allow for more discussion. And in two weeks, the proposal may — likely will — change substantially.