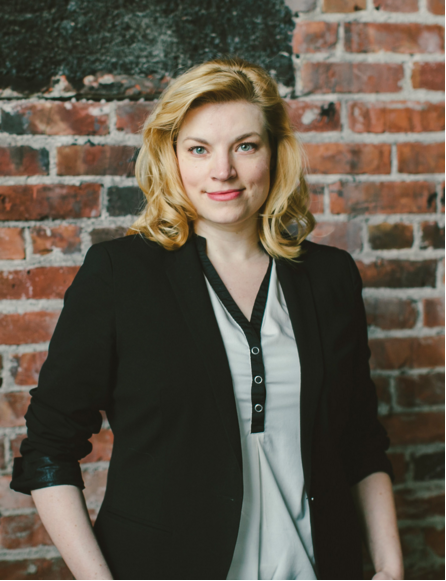 Sarah Bird is one of the relatively few female leaders in the local tech industry, serving as CEO of Moz, a Seattle-based outfit that helps businesses build up their online presence. And the company’s gender equity doesn’t stop at the top: while, on average only 29 percent of employees at American tech firms identify as female, a whole 40 percent of “Mozzers” are women.

That seems laudable. But Bird sees it differently. “Our gender diversity numbers are still terrible,” she wrote in the 2015 company report.

Bird has emerged as one of the state’s top advocates for achieving a greater gender balance in tech – within her company, at the state legislature in Olympia, and even at the White House. In her eyes, it is an ethical imperative.

Moz hit the national political spotlight after Jill Biden visited Seattle to speak with our business leaders and employees about strategies to promote a healthy work-life balance. Of the companies the second lady visited, Moz was one of the ones Biden felt most impressed by – so much so, that afterwards Biden asked Bird to share Moz’s workplace practices at the White House Summit for Working Families in June 2014.

And for good reason: with benefits such as four months of maternity or paternity leave, nursing rooms at their downtown office, “no meeting Fridays,” and paid-paid vacation (as in, Mozzers not only get paid while on vacation, but a stipend of $3000 a year to pay for that vacation), the company has made it a priority to make its employees feel like they can have both a family and a career. Bird emphasizes she wants to enable both mothers and fathers to be good parents – but, of course, historically it has been women that are most impacted by the modern-day expectations and struggles to “have it all.”

From the outside, it appears Bird, 37, has actually made this happen. Walking through the large Moz office in downtown Seattle when I visited last month, she seamlessly moved through conversation topics like keeping up with email, her recent vacation to Disney World with her husband and son, and half-marathon training (all while cheerfully greeting her employees). But Bird recognizes she has largely been able to achieve this because she is one of the lucky ones.

When looking back on the arc of her own career, Bird hasn’t personally felt affected by sexism – to the contrary, she feels that being a woman in her field has been a boon.

“When I go to a tech conference … and I’m the only woman in the room or one of the only women in the room, I feel a sense of relief in their eyes. Because they don’t want to be seen as anti-women. So there’s an overwhelming sense of like, ‘how can I help you, I’m glad you’re here,’” Bird told Crosscut. “It helps me in business because you do sort of stick out more … people remember me more than they would an average mid-30s CEO of a tech company.”

But Bird knows having these people cheering for her and helping her succeed throughout her career is an advantage many women do not have access to – especially when you look at gender equity through an intersectional lens. The problem of getting more women and diverse candidates into tech jobs in the first place is not an easy fix.

“This is not a problem that you could flip a switch on, when everyone wants to. It’s a big problem, but that doesn’t mean you shouldn’t do anything about it,” Bird said. “I’m a firm believer that those of us like myself who have privilege and power have an obligation – a moral obligation – to intercede on behalf of those who don’t.”

Which is why Bird recently advocated for increased pay transparency before state legislature, which would help close the wage gap. It’s why she supports local programs geared toward addressing tech’s famous “pipeline problem.” Moz regularly works with four programs: Ada Developers Academy, which teaches women how to code; Return to Work, which helps both men and women who have left the industry return to tech; Year Up, which teaches young adults who haven’t gone to college how to code, and, most recently, President Obama’s new TechHire initiative to train women and people of color in computer science.

Moz is dedicated to hiring interns and staff from each of these programs every year. “It’s investing in a future that may never help us right here, right now,” Bird said. “But it helps at large.”

Bird has, in part, been able to dedicate time and resources to the gender gap issue because Moz ‘s company culture, established in the early days as it transitioned from marketing to tech firm. This culture is defined by what Mozzers call the TAGFEE code: Transparent, Authentic, Generous, Fun, Empathetic, and Exceptional.

According to Moz Director of Communications Angela Cherry, TAGFEE comes up at the company on a daily basis, and is referred to by employees when making decisions during meetings. They also use the acronym as a “cheat-sheet” when it comes to making decisions of who to hire, and who to let go. “I do think it helps us find a fit – find people who want to work the way we want to work,” Bird said.

These measures usually don’t encompass metrics of social impact. But the regular reminder to step back and take the broader perspective may have helped Bird prioritize using her position to advocate for gender equity in the wider world of tech.

“I decided and got clean with myself several years ago that I don’t want to be successful any other way than TAGFEE,” Bird said at a panel on inclusivity in tech last summer. “If it ever came down to that … to succeed we have to ditch TAGFEE, I would rather fail. I will only be happy and proud of myself to have run this business this way.”

Her fight against tech’s gender inequality is “already eating into sleeping hours,” Bird said. But she also leaves little doubt that she'll be a voice on these issues for as long as she must.

Throughout the month, Crosscut is showcasing the perspectives and experiences of women within the region’s innovation economy, as well as analysis of the persistent gender gaps within the tech industry. To submit stories and tips, please write editor@crosscut.com.