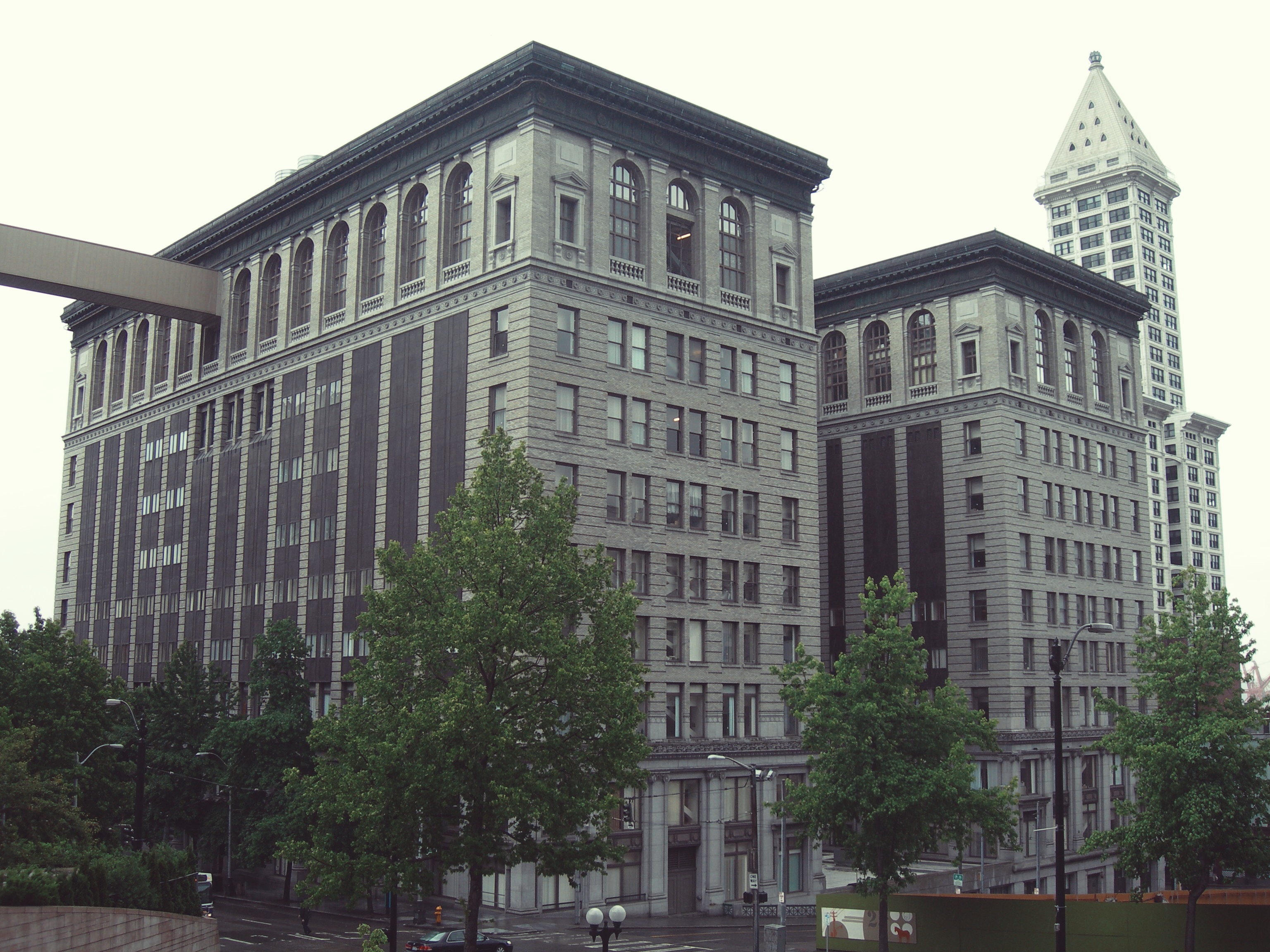 Wednesday is a quiet day at evictions court. A few puzzled faces round the corner on the third floor of King County Courthouse, where long wooden benches line the marbled hall. Some people approach the offices of the Housing Justice Project, a program of the King County Bar Association offering free legal aid to tenants on the brink of eviction, located just past the courtroom. Some days this whole hall is full of people, buzzing with nervous activity. But on Wednesday, when fewer appointments are scheduled and the volunteer staff is thinner, many are simply in the wrong wing of the downtown Seattle courthouse.

Not Amanda Solomon. She’s speaking with several legal aides from HJP about an eviction notice she received last week. Her landlord claims she’s violated their lease agreement because her boyfriend stays over several nights a week, Solomon says. Flustered but articulate, she explains to the staff that this has never been a problem before. Unless staffers can buy her some time, the notice means she has ten days to comply, or she’ll have to vacate her apartment in Des Moines, WA.

Wayne Byrd isn’t lost either. He’s here for an eviction hearing, but it was scheduled for the day before. “Boy, I feel really dumb,” he says. Byrd had apparently violated his lease, too, by neglecting to fill out some paperwork required by his “clean and sober” apartment community in Belltown. He’s been there for 12 years, he says, and has completed the forms annually. For reasons he can’t specify, he didn’t do so this year, and that’s a problem.

“I guess that’s part of me being in a fog,” Byrd says, referring to his mental health problems. “They sent me notices, but I didn’t see any references [that I] was jeopardizing my housing.”

His voice trembles with self-defeat. Before he found this community in Belltown, he’d been on the streets for half a decade. For the 59-year-old, homelessness now looms once again.

When it comes to evictions (or “unlawful detainer” cases, as they’re known in the legal world), experts say the law is often stacked in favor of the landlords. A central reason is economic. Rory O’Sullivan, the senior managing attorney at HJP, says tenants enter this realm with very little information about their rights and the legal process in general. Most can’t afford an attorney. It’s partly why, when I asked Byrd if he sought advice upon learning of his eviction notice, he replied: “Yes, but they basically told me I was screwed because the landlord wins every time.”

Strictly speaking, his statement is inaccurate; the sentiment, it seems, is not. People usually contact HJP when they’ve received a three-day notice by the sheriff, “a very difficult position to negotiate from,” says O’Sullivan.

Last year HJP served 1784 people on the cusp of losing their homes. While HJP doesn’t currently offer statistics on court outcomes, they tend to “negotiate more time to (get ready to) move for a majority” of their clients, as opposed to keeping them in their homes more permanently.

Seattle-based groups like HJP, Northwest Justice Project and the Legal Action Center help fill some legal gaps for tenants in Washington. HJP has about a hundred volunteer lawyers, paralegals and law students who cycle through their locations in Seattle and Kent at any given time. But with so many clients in financial dire straits and often short on time, it’s hard to compete with the landlords attempting to evict them from their homes.

Solomon, 23, is a server at a Red Robin restaurant, and most of her income goes to rent. She disputes the lease violation and suspects other motivations at play. Management at her apartment complex recently changed, for example, and none of the three work orders she’s submitted regarding mold in her apartment have received a response. None, that is, besides the last, which did: the eviction notice. With the previous management, she says, mold complaints were attended to promptly.

“I feel nervous and vulnerable,” Solomon says. “I feel like [the landlord] is retaliating.”

Byrd, on the other hand, might be pushing his luck. He admits as much. In recent years, he’s been less involved in the apartment community, stopped adhering to certain rules like attending monthly meetings, and inconvenienced his landlord on plenty of occasions, he says. He adds that he’s “pretty much through” with his battle against addiction. His landlord thinks it’s finally time for him to “move on.”

Byrd’s anxiety and a condition called hemolytic anemia keep him from working, so he relies on a monthly Supplemental Security Income of $733 a month. About a third of that goes to housing. Subsidized living options in Seattle are severely limited, and that’s why returning to the homeless shelter – if he can get in – seems more and more a possibility.

Neither Solomon nor Byrd’s fates are clear. But a mark of eviction, virtually impossible to remove from a record, would invite significant challenges. Of these, the most severe is securing housing in the future.

“You’re just barred,” says Sharon Lee, executive director of the Low Income Housing Institute.  “You might have reasons, you might have a big explanation, people might be sympathetic, but once it’s documented, lots of landlords will not rent to you.”