Two major Murray promises still on the hunt for funding 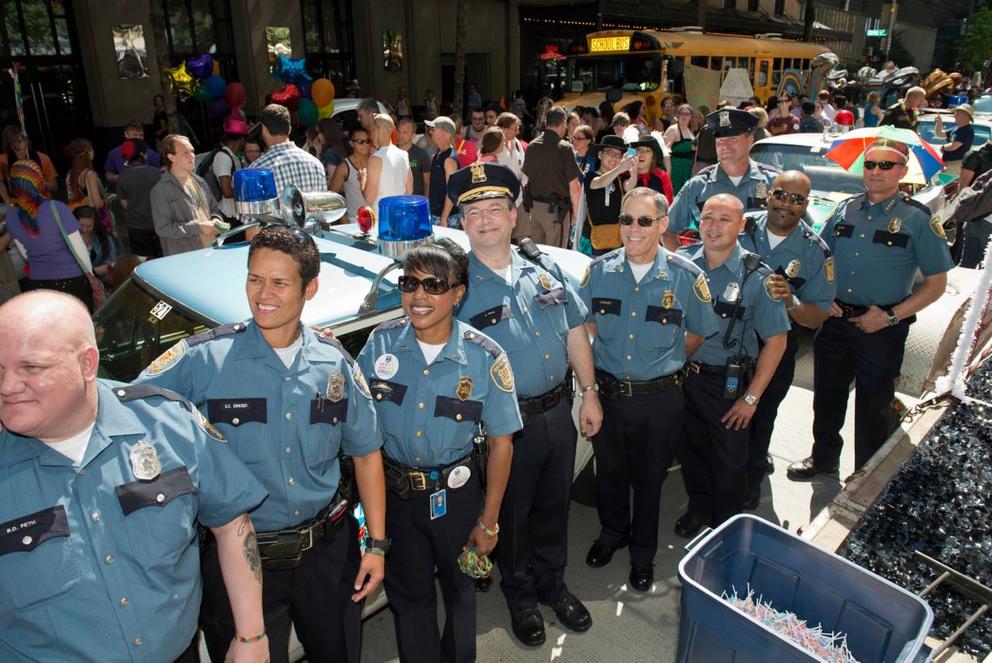 Seattle lately feels like the house in D.H. Lawrence’s short story The Rocking-Horse Winner. In it, a young boy from a poor family realizes he has a knack for betting on horse racing. But even as his winnings build, the house and the family inside are nevertheless haunted by invisible voices that scream, “There must be more money!”

Two items in need of funding currently top Mayor Ed Murray’s list: adding 200 Seattle Police officers over attrition by 2020, and expanding the severely overburdened Office of Labor Standards, which enforces the new minimum wage law. Murray has all but committed himself to both by way of public promises. But as Murray described in an interview with Crosscut, he is still unable to articulate a plan to pay the millions necessary for either.

“We have no more money,” said Mayor Ed Murray last January, defending the city's investments in fighting homelessness so far. “This city has never fully recovered from the recession.”

Despite booming construction and a ravenous tech industry, City Hall continues to fight over the funds to match its ambitions. And barring some backtracking that he’s shown no signs of doing, Murray’s options are both simple and unbelievably complicated: cut elsewhere or bring in more revenue.

The first thing Seattle’s elected officials like to do in the face of budget restrictions is blame Tim Eyman. He spearheaded the campaign for Initiative 747, approved by voters in 2001, which capped all property tax increases at 1 percent. Although the Washington Supreme Court invalidated the initiative, legislators passed it as law a month later. Long gone are the days of 6 percent hikes, replaced with buzzkill maximums of 1 percent or less.

What the city lost from Eyman it has largely replenished in tax windfall from Seattle’s boom-times — namely sales, business and occupation and utility taxes. And yet, like in The Rocking-Horse Winner, none of it ever feels like enough.

Murray tends to paint Seattle's financial constraints as one of priorities. And the priority lately, he says, has been homelessness. “One of the challenges I’m having is, as you know, we’re already about almost $10 million over-budget on one-time money we’re spending on homelessness,” he says in an interview. “Every time we have any elasticity around additional revenue it’s being put into homelessness, which is forcing me to look at revenue.”

(Several councilmembers, including Kshama Sawant, have called for using the city's rainy day reserves to fund homeless services; memories of recession make the City Budget Office wary of this move.)

Of the two items on the city’s “to-fund” list, the Office of Labor Standards is the lighter lift — in the $2 million ballpark. Seattle prides itself on progressive labor laws, like the soon-to-be $15 minimum wage and paid sick and safe time, but so far has not backed them up with strong enforcement. Director of OLS Dylan Orr likes to call his office “small but mighty.” Few doubt its spunk, but scrappiness has its limits.

“We are seeing a number of complaints filed that is significantly higher than anything we anticipated,” says Murray. “We made a commitment to resolve those cases within 180 days and we are behind by a whole chunk. 34 percent of those cases are not being closed in that timeframe. That is not good government performance.” If the Seattle City Council passes a secure scheduling ordinance and expands paid parental leave, OLS’ plate will fill even more than it already has.

Increasing the amount of police officers will be a bigger challenge. On the campaign trail, Murray initially promised to add 100 officers over attrition, but bumped the number to 200 in late 2015. That’s between about 30 and 50 officers higher than what a recent audit recommended SPD hire, but Murray says he questions the auditors’ methodology.

Adding that many officers will cost the city close to $15 million a year more than what it spends on salaries now. While the first 100 officers have already carved out space in the city budget, the next 100 have not, which leaves a $7 million a year question mark. The Mayor’s Office has had a public safety levy up its sleeve since Murray was elected, but if that were to pass, most of the money would go toward building a new North Precinct building. “So the next 100 (officers) are where we’re running into some challenges,” says Murray. “I’m looking at a variety revenue options including budget cuts to pay for the additional officers. I haven’t landed on a proposal yet.”

Seattle seems unable to find a property tax levy it won't pass. But the docket is pretty full on that front — next year Seattle alone will vote on a new housing levy and all of King County will vote on a massive transportation package from Sound Transit. And although Murray is one of the more traditionally liberal mayors in the U.S., he’d clearly prefer to find funding elsewhere. “Despite what some folks in some other publications say, I’m not just looking for new taxes to throw on the ballot,” he says.

If a levy isn't in the cards, two specific revenue sources have floated to the surface lately: an added tax on commercial parking, like in Northgate Mall, and a revival of the per employee tax on businesses. Last summer, former councilmember Nick Licata proposed reducing the Move Seattle levy to $600 million from $930 million and replacing the rest with a combination of both for fear the levy size would spook voters. His proposal failed.

In an attempt to satisfy a Seattle City Council statement of legislative intent to find a “dedicated funding source” for OLS, the employee tax has come up recently in City Hall. No official word on whether the tax is also an option for the new officers, but it’s hard to imagine it hasn’t been considered.

For his part, Murray says he is not looking at a head tax as a revenue source. This is hardly a surprise considering the staunch opposition to the tax from his friends and funders at the Seattle Metropolitan Chamber of Commerce. “It’s just such a stupid proposal,” says head of the Chamber Maud Daudon.

In her office at Rainier Tower, Daudon defends the contributions business has already made to the city — in taxes, yes, but perhaps more significantly in support for the city’s levies.

“This is kind of a nickel and diming approach to say for an increase of a little over $2 million we need a new tax — to me that’s not strategic,” she says. “I think we’ve acted and participated as a partner for all these efforts. And we want to keep doing that, we don’t want the distraction of getting into the whole wrangle over this thing.” Indeed, in the post-election joy among proponents for the $930 million Move Seattle levy, Daudon was onstage, feet from Murray, cheering its passage.

Beyond public advocacy and advertising, a Chamber endorsement encourages its members to financially support or oppose a measure. “You can look at [public disclosure commission] and see who’s paying for campaign contributions, but I can share with you that a good chunk of that comes from business support,” says Daudon. Pulling that support would not be a challenge: the Chamber’s internal executive could simply reject an endorsement.

Daudon would prefer Murray find the funding in the city's general fund.

Carving out money for both initiatives is a pressing priority. Seattle’s minimum wage just saw another bump. And the funding for the first of Murray’s 100 officers is nearing its end. The City Budget Office wants a proposal ASAP.

In some ways, it's a good time to hold a desk in City Hall — certainly better than it was even four years ago. Yet, haunting the halls is this distinct voice: "There must be more money!" Or maybe that's just Tim Eyman.