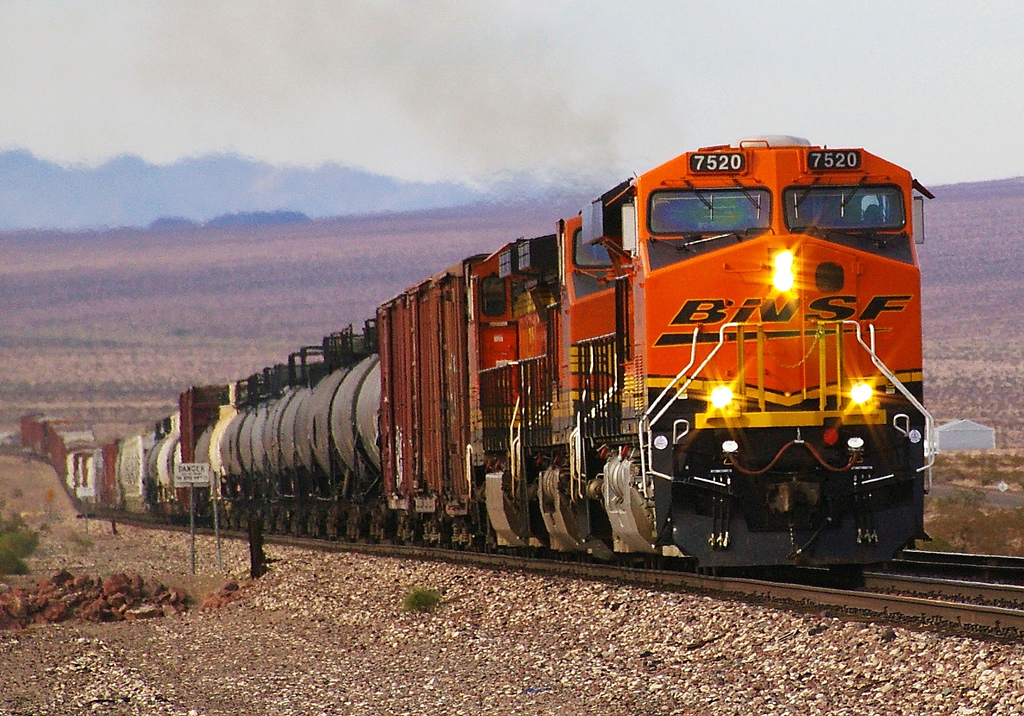 As a railroad, markets determine what we move. If there is consumer demand for a product, then there is a very good chance it will ship by rail. Regardless of what the market tells us to move, we do it safely and efficiently. In fact, we are required by federal law to move regulated commodities. We’re required to do so because the government recognizes the importance of rail to our economy.

And yes, many of the commodities we transport can be hazardous, including chlorine, ammonia, ethanol and crude oil. Our job is to transport all cargo safely. Safety is the foundation for our business and our operations. Nothing — absolutely nothing — is more important than operating safely through the communities we serve and the safety of our people. We have a demonstrated record of moving hazardous commodities safely with a 99.99 percent record of delivering them without incident. BNSF believes that every accident and injury is preventable, and our safety vision has long been focused on preventing accidents. The Federal Railroad Administration (FRA) named 2013 and 2014 as the safest in U.S. history for American freight railroads, including BNSF, and the rail industry has reduced hazardous train accident rates by 91 percent since 1980. This record-setting safety record continued in 2015.

We are continuously investing in new technologies and infrastructure to reduce risk. BNSF inspects its track more frequently than required by the FRA. Most key routes on BNSF are inspected up to four times per week, more than twice the inspection frequency required by the FRA, and our busiest main lines can be inspected daily. BNSF also has special detection technology along key routes on our network sending back thousands of messages daily as they monitor for early signs of potential problems that could cause premature equipment wear or failure. Detecting such defects early has improved safety and extended the service life of equipment.

Over the past two years, BNSF has underwritten the travel and training expenses for more than 260 firefighters from across Washington to attend the national railroad research training facility in Pueblo, Colorado, which helps ensure first responders are well-prepared to address the unique characteristics associated with the movement of crude-by-rail. Providing training at the national center is one of the steps the railroad voluntarily agreed to as part of its ongoing efforts to improve the safety of crude-by-rail and to work with communities on emergency preparedness. BNSF will continue this in 2016.

BNSF has specialized equipment and hazmat responders staged across its network to deal with hazmat and crude oil incidents, including for firefighting and spill cleanup. In Washington, we have resources and equipment staged in Everett, Seattle, Longview, Wishram (Columbia River Gorge), Pasco and Spokane. In Washington, BNSF has 30 Hazmat Technician Level Responders located in Everett, Pasco, Seattle, Spokane, Vancouver and Wenatchee.

Hazardous materials are an essential part of providing for public safety and health, and for driving our economy. Chlorine, for example, keeps our water safe to drink. And the crude oil being transported to the refineries in northwest Washington comes back as gasoline, diesel, heating oil and jet fuel.

This is a just small snapshot of our comprehensive approach to safety. To learn more, please visit bnsf.com.

And when you hear that whistle blast at Mariner games, let it be a reminder that our rail safety programs continue and are strong.

Note: BNSF is a sponsor of Crosscut’s news coverage. A full list of sponsors can be found here.