Can small business get a break in Seattle? 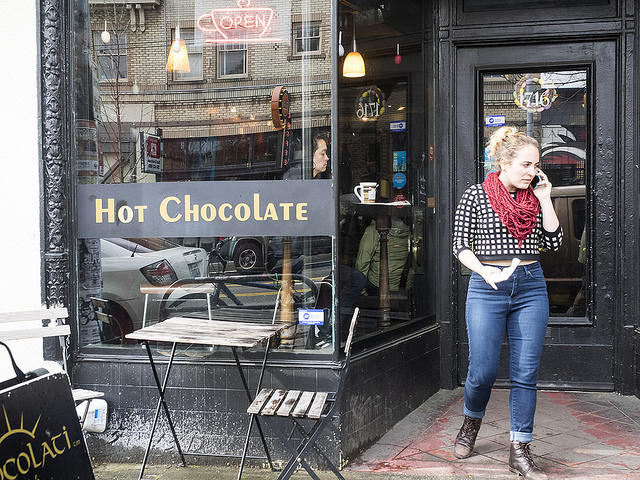 What is the future for small commercial operators in Seattle?

With its sale will go Fletcher’s $900 monthly rent, a steal for her small business of seven years. Now she’s looking for options. “There are available spaces but they’re big. I [currently] have a space that’s really enough for me,” she says. “I was looking at another area, maybe the Pinehurst area ... at a space that was recently vacated, but it’s $4,000.”

In a press conference Thursday, Mayor Ed Murray announced the creation of his newest task force — this time to tackle commercial affordability. “Our aim is to avoid commercial gentrification,” said Murray.

As with his housing task force (the Housing Affordability and Livability Agenda) and the $15 minimum wage committee before that, Murray is employing his favorite approach to complex challenges: lock people in a room until they figure it out. In the grand scheme, the approach has been relatively successful, at least in terms of building momentum and publicity around an issue. On this issue too, Murray hopes to “find an approach that works in Seattle that can be used as a model” across the country.

So-called commercial gentrification does not garner headlines quite like affordable housing or the minimum wage, but its volume as an issue has steadily climbed with the prices of real estate in Seattle and the burden of construction. Especially at risk are immigrant owned businesses.

The final piece — commercial rent control — is the most contentious proposal, one despised by the more free-market minded, like development advocate Roger Valdez. Residential rent control is forbidden by state law, but regarding commercial businesses, it’s less clear.

At the time, council passed a statement of legislative intent (SLI) requesting OED and the Mayor's Office convene a task force of small businesses to develop proposals on commercial affordability "to form a basis for future regulations."

Murray’s announcement, in concert with the Office of Economic Development, comes with few strings attached. He compared it to what he called the “$15 now” approach to the minimum wage (a la Sawant) and the “$15 smart,” a more cautious approach that Murray always favored. As such, he mostly deflected specifics on what he hoped to see come out of this new committee. He did suggest perhaps some zoning changes that would allow for more development of small-scale commercial development, friendlier to small business.

Fletcher has lived in Lake City for 30 years, watching the area change — perhaps not as fast as some parts of the city, but steady nonetheless. An Office of Economic Development representative invited her to join Murray’s new task force. She agreed. For now, she’s keeping an open mind about what the committee can do. But off the top of her head, she likes the idea of shared commercial kitchens and food courts for immigrant run businesses — the Melrose Market model.

But whatever happens, she says, it needs to happen fast. After all, she’s got to find somewhere for her home-cooked food.

Now, however, the council members in support of Sawant’s initial efforts — Mike O’Brien, Lisa Herbold and Sawant — appear to feel like this announcement from OED and Murray flings dirt in the eye of the intention of their SLI. Their impression was that recommendations for a task force would be ready by April 1 pursuant to their SLI. Today’s newest proposal, argue the council members, extends that deadline without seeking proper notification.

They also argue this newest task force broadens the scope of the original request, again, without properly communicating the brodening. “The SLI specifically requested proposals from small businesses on commercial rent control,” reads a letter sent to OED head Brian Suratt Wednesday, “not a framework from OED regarding a wider discussion of commercial affordability. Though this may be an important conversation … it is not clear whether the advisory committee’s recommendations will explicitly address commercial rent control.”

Moving forward, they want clarification. "Please provide a written response...addressing whether the Executive plans to explicitly include commercial rencontrol recommendations in whatever commercial affordability framework it is proposing by April 20, 2016."

The committee includes 15 small business owners and advocates from throughout the city. As it stands now, concrete recommendations are due out by the fourth quarter of 2016.