Can Washington get money out of politics? 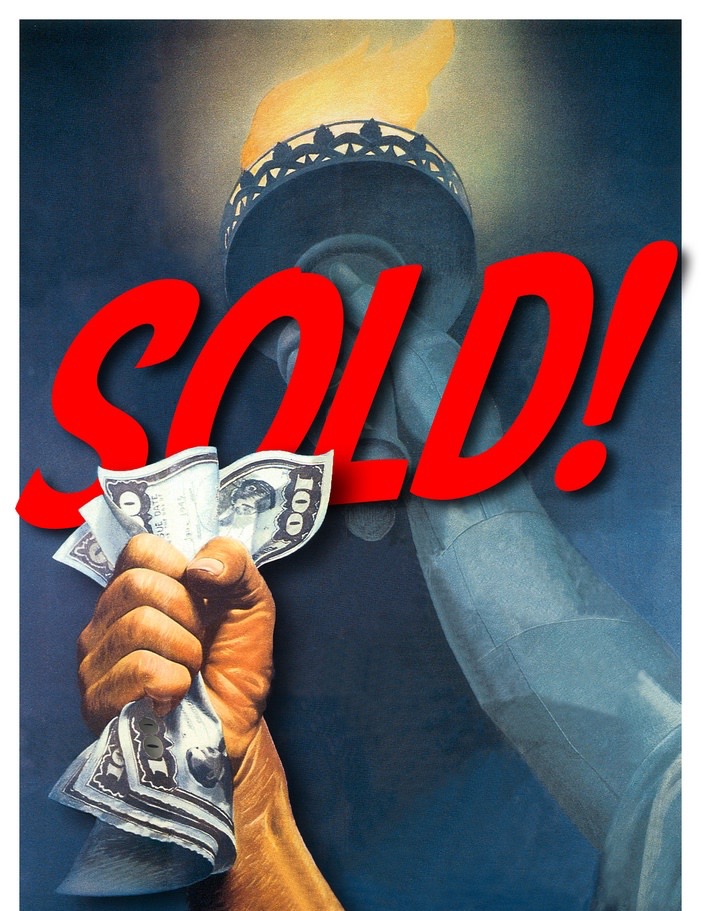 Six years ago, the U.S. Supreme Court’s Citizens United ruling effectively transformed American campaign finance laws. It allowed so-called “Super PACs” to raise and spend money with almost no restrictions. Spending by Super PACs doubled between 2010 and 2014 to $486 million in U.S. Senate races alone. According to the Brennan Center for Justice, of the $1 billion spent by Super PACs over the same four years, 60 percent came from just 195 people.

This year, with money in politics a hot issue in the election campaigns, voters in Washington could have their say on two initiatives that try to tackle corporate influence on government and elections. Both measures, one of which is already assured a place on the fall general election ballot, aim to reduce the influence of money in politics in very different ways.

This first, Initiative 735, is a legislative moonshot, aiming at the Citizens United ruling itself. A state initiative, to be sure, can’t change national policy directly. Instead, it calls on Washington’s congressional delegation to support a constitutional amendment, always difficult to bring about, that would overturn Citizens United.

I-735 gathered 330,000 signatures before the 2016 Legislature met, enough to put the measure on the ballot this fall because lawmakers failed to act on the proposal. If voters approve it, Washington state will join 16 other states in passing a resolution against Citizens United.

Backers of the measure are optimistic, and portray overturning Citizens United as a matter of common sense and fairness. “There is the argument that [unlimited campaign spending] is free speech, but I don’t think that’s a fair argument,” said Matthew Streib, communications director for the I-735 campaign. “When you’re in kindergarten, you’re told you can’t just speak out whenever you want. You have to raise your hand and be called on. That’s fair because it allows everyone in kindergarten to talk. People who can’t afford to have that level of payment have been drowned out.”

“Money isn’t everything in politics. Well-funded politicians lose all the time (Jeb Bush?) and popular small-donation efforts can have a huge impact,” said Guppy in an email, citing the Tea Party, Black Lives Matter, and the Bernie Sanders campaigns.

He also wrote, “There is no guarantee that everyone will have equal dollars or equal media minutes to promote their particular message. And even if that were possible (it’s not), should we trust people in government to decide who gets to speak and who doesn’t? Or whether some person or group has been speaking too much and should now be silenced?”

The public seems to feel — overwhelmingly — that the Citizens United decision went too far. According to a Bloomberg poll, 80 percent of Republicans and 83 percent of Democrats say the ruling should be overturned. In 2012, voters in Montana and Colorado passed similar initiatives related to the ruling with 75 percent and 74 percent support, respectively.

Despite the high public support, the chances that Congress and the states would pass a constitutional amendment overturning Citizens United appear extremely slim, particularly in the short term. Guppy thinks that reality may actually help the initiative in this fall’s election, as it will allow voters to express their frustration with money in politics without actually changing any policy. I-735’s backers, on the other hand, hope that the growing number of legislative and voter-approved resolutions opposing Citizens United may eventually make it easier to reverse the ruling with a constitutional amendment.

The other proposed initiative, Initiative 1464, tackles the reality that moneyed interests don’t just fund SuperPACs. They donate directly to candidates and hire armies of lobbyists to influence legislation. Since the early 2000s, corporations have spent more money on Congressional lobbying than Congress spends on its own daily operations. Here in Washington, lobbyists outnumber state legislators 6-to-1. State employees can get jobs lobbying the agencies they used to run immediately after they resign, and donors can avoid disclosure requirements by creating so called “shell PACs” to hide behind.

In 2013, Washington state voter turnout fell to a 10-year low, and sunk again in 2015. Supporters of the second initiative, I-1464, believe the state’s voter apathy is linked to a sense that only those with deep pockets can influence policy. Supporters began signature gathering four weeks ago, and have until July 1 to gather 246,372 valid signatures.

I-1464 is either more pragmatic than I-735, less significant, or both depending on how you look at it. I-1464 is a bundled set of policies aimed at reducing the influence of money in Washington State politics.

Unlike I-735, initiative 1464 contains a far-reaching set of policies to decrease the influence of money in politics while working around Citizens United. It’s backed by an unorthodox group of supporters, including a Seattle tea party activist and the Democratic president of Spokane’s City Council.

By ending a sales tax exemption for out-of-state purchases, I-1464 hopes to devote $60 million annually for a public campaign finance system similar to the one established in Seattle’s I-122, which passed last year. Each resident in Washington would get up to three $50 “democracy credits” to give to any state candidate who agrees to other limits in their campaign spending.

If passed, I-1464 would also impose tougher requirements on how PACs disclose their donors and impose a three-year waiting period between when high level staff in the governor’s office or the state Legislature could leave government and start lobbying the same agencies they used to oversee.

State Sen. Reuven Carlyle, D-Seattle, sponsored a bill, SB 6258, in the most recent legislative session that aimed to put a one-year wait time in place.

Carlyle, who hasn’t taken a position on the initiative (it has dozens of provisions) but likes the idea of a waiting period, said, “I was deeply distressed and unsettled when cabinet members and senior executives in government would complete a tour of public service on a Friday, and literally or figuratively begin on Monday morning representing a particular special interest.”

“It’s sort of a natural outflow of a part-time citizen legislature and the magnitude of lobbying that we have in the state level now,” Carlyle said. “It’s just impossible not to ponder the central question: How long have they been in discussion and negotiations? What type of inherent human self-censorship might have occurred in their public role?”

Thirty-three states already require some sort of waiting period. So does the federal government. Here in Washington, in a moment of bipartisanship, both parties blocked SB 6258. If I-1464 passes, those waiting periods will be three times as long as the one year proposed in Carlyle’s bill.

In 1971, the soon-to-be Supreme Court Justice Lewis F. Powell wrote, “As every business executive knows, few elements of American society today have as little influence on government as the American businessman, the corporation, or even the millions of corporate stockholders.” Today, public opinion overwhelmingly disagrees with Powell. According to the a New York Times/CBS news poll, 84 percent of Americans think money has too much influence in politics, and 78 percent think their influence should be further limited by law.

Proponents of both initiatives previously tried and failed to pass similar bills in the Legislature.