Can we believe in the Mariners again? 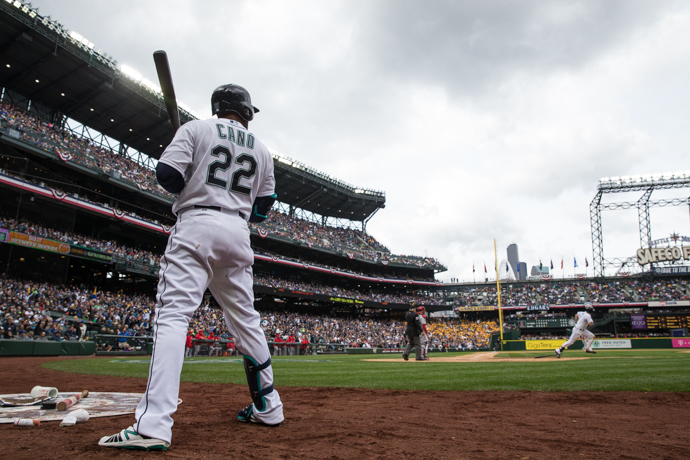 The worst thing to happen to the Seattle Mariners last year has a shot to be the best thing.

With the advancement of the Toronto Blue Jays to the playoffs in October for the first time since 1993, the Mariners were handed the flaming bag of shame: They’d been absent from the playoffs longer than any other Major League Baseball team.

It gets worse. Across the North American sporting landscape, only the NFL’s Buffalo Bills were more success-resistant, their last playoffs appearance in 1999 compared to the Mariners’ in 2001.

The distinction is stark. There is no equivocation, no excuse, no lipstick or spackle to be applied that can diminish its bleakness. It is easily understood, readily quoted and shamelessly exploited by critics.

For sports fans, it is the worst, emotionally. But for sports teams, not so, financially.

In the mandatory, but limited, disclosure of annual financial operations to the Public Facilities District that owns Safeco Field, the Mariners in March reported a profit of $7.2 million for 2015, despite a 76-86 record and a team-record $124-million player payroll.

It is a mark of epic civic dedication/foolishness (choose one) that home attendance actually went up 130,000 last year from the year before, to about 2.2 million.

A sellout is expected for the home opener against Oakland this evening at 7 p.m., especially after the Mariners began the season in Texas with a 2-1 series win whose stylings were downright startling for this team: nine home runs and a brilliant bullpen.

Three games is an exceedingly small sample for a 162-game season. But the results offer a hint that, bulletproof financially as the franchise is, a shaming has a way of putting a little fire in the belly.

Since season's end, the Mariners fired the general manager, the manager and nearly all the coaches, and their replacements flushed numerous baseball front-office personnel as well as players. The 25-man roster has 14 newbies from the end of last season.

While it is true that the Mariners engage in these purges about as often as the old Soviet leadership did in the Kremlin, with similar results, the new GM, Jerry Dipoto, appears to have been given command and control by CEO Howard Lincoln to an unprecedented extent. Lincoln, virtually the only constant across the 14 years of futility, appears to have been persuaded to take the advice of every sentient being in and out of the organization to stay away from baseball decisions.

During the playoff void, various reasons emerged to suggest a win-now urgency was upon the club: Do it before the great Edgar Martinez faded, do it while star Ichiro Suzuki was in his prime, do it before Japanese majority owner Hiroshi Yamauchi died, etc. So far the only prime directive still intact is do it before the sun goes supernova.

The problem with these various urgencies is that the club frequently traded away quality prospects for short-term vets who fizzled. Meanwhile, other bad teams made good draft choices and kept them. The once-flailing Houston Astros and the Kansas City Royals are two current examples of teams whose patience allowed them to leapfrog the perpetually mediocre Mariners.

This time, Dipoto, recognizing that the farm system was nearly bereft of premium prospects, gambled on adding proven vets who had subpar seasons in 2015, including center fielder Leonys Martin, right fielder Norichika Aoki, and closer Steve Cishek, to name a few. They are bridges to a future.

The future is at the other end of the franchise. Dipoto seeks to present a fact-based diagnosis of strengths and weaknesses to give to a young player as a tool for improvement. If you have heard this theme before, you are probably a student of coach Pete Carroll's transformation of the Seahawks.

"When young players enter your system, they have to know what you're trying to achieve, categorically, in every way," Dipoto said in an interview shortly after his hire in October. "Whether it's running the bases, or a hitting approach in the batter's box, or how you're going to approach throwing strikes, it's how you teach them to use the analysis that you're providing."

Working for the Boston Red Sox a decade ago as a scout, Dipoto learned that a purposeful application of analytics at the beginning of a career is a good way to help fix what is the Mariners' chronic, long-term weakness: player development.

"You want the player to behave in such a way when he's 18, 19 and 20," he said, "that when he gets to the major leagues and he's in his 26-, 28-year-old seasons, he knows what Red Sox baseball is about. We will do the same thing here. They will know what Mariners baseball is about."

The opening week of their 40th season seems a tad late to be acquiring a fundamental of baseball life. But because Mariners baseball for so long has been two out and nobody on, the approach is at least intriguing. Unambiguous embarrassment is a powerful tool, even for the rich.