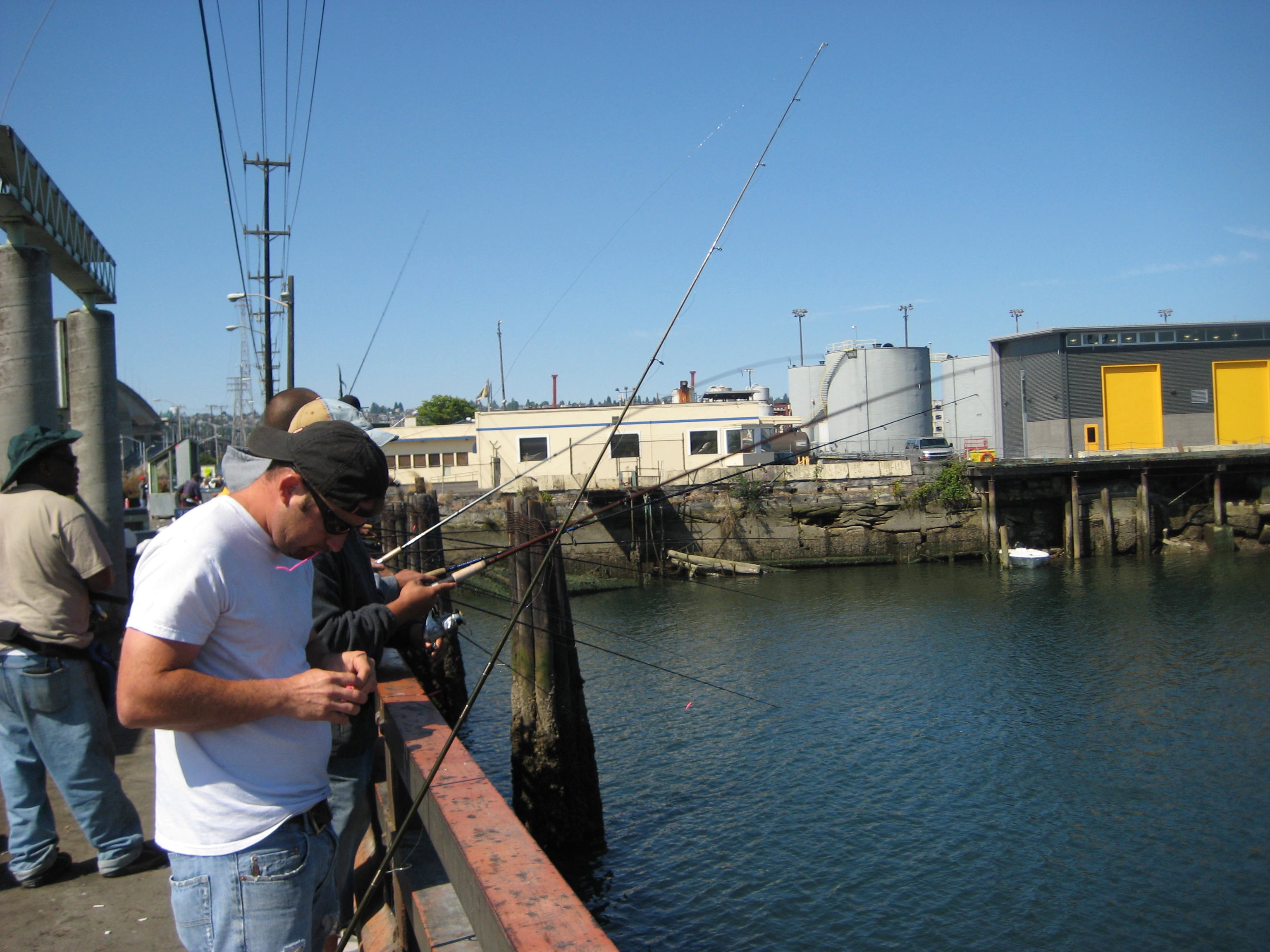 Fishing along the Duwamish River, where pollution is a considerable problem.

Communities of color in Seattle could have more reason to celebrate the local environment in years to come. That’s the hope, at least, behind new policies from Mayor Ed Murray.

Joined by activists and community leaders, Murray announced a wide-ranging plan to improve environmental justice on Friday, Earth Day. This plan, called the Seattle Equity and Environment Action Agenda, aims at improving environmental health for Seattleites, especially those from underrepresented communities; creating job opportunities for people of color and young people; and making sure communities of color are involved in environmental decision-making and leadership.

“We need to ensure that our commitment to the environment is also a commitment to human rights and civil rights,” Murray said during a press conference announcing the agenda.

The event was held in the Duwamish Waterway Park in the South Park neighborhood. The significance of the green waters of the river behind Murray — and its advisory sign warning people about what fish not to eat due to pollutants — was not accidental. Murray pointed to the pollutants found in Seattle’s only river, among the top 10 most endangered rivers in the country.

For Shelina Lol, a South Park resident and 16-year-old sophomore at Chief Sealth High School, the environmental issues are pressing. “I don’t always want to see that advisory sign staying up there warning us about how the fish are contaminated, how the water is unhealthy and how we shouldn’t swim in it and how we shouldn’t eat the fish from it,” she said.

Murray told the gathering, “For families along the Duwamish waterway, environmentalism isn’t just an abstract concept and it isn’t just something cool to be part of — it’s a necessity. And this isn’t the only community that’s negatively impacted.”

Murray also drew inspiration from Pope Francis; he was one of 40 mayors from around the world invited to the Vatican by Francis to talk about climate change.

“This simply isn’t about improving the economy, as Pope Francis pointed out — this is a moral imperative to change and improve people’s lives,” Murray said. “We have a moral obligation to connect justice and the environment.”

In addition to the agenda, the mayor announced a range of other short-term actions for the Equity & Environment Initiative. These include a Duwamish Valley Program that will work to improve environmental health; better access to cheap fruit and vegetables for low-income families with children in pre-school; making it easier for young people to find jobs in environmental work; and an Environmental Justice Steering Committee to work with the Department of Neighborhoods.

These actions, and the Agenda, came from the work of the Community Partners Steering Committee (CPSC), created on Earth Day last year to work on the Equity and Environment Initiative. In working on addressing environmental justice, CPSC heard from many underrepresented communities.

Jill Mangaliman, Co-Chair of CPSC, who is also executive director of the environmental justice organization Got Green, said it was encouraging to see the city move forward.

“If you’re going to green your city, you also have to do it with the people and communities who live there,” Mangaliman said. “The city is finally making it a priority to make those connections, and it’s definitely a big step.

"And there’s definitely a lot more work to do.”