Is Washington ready for the next big oil spill? 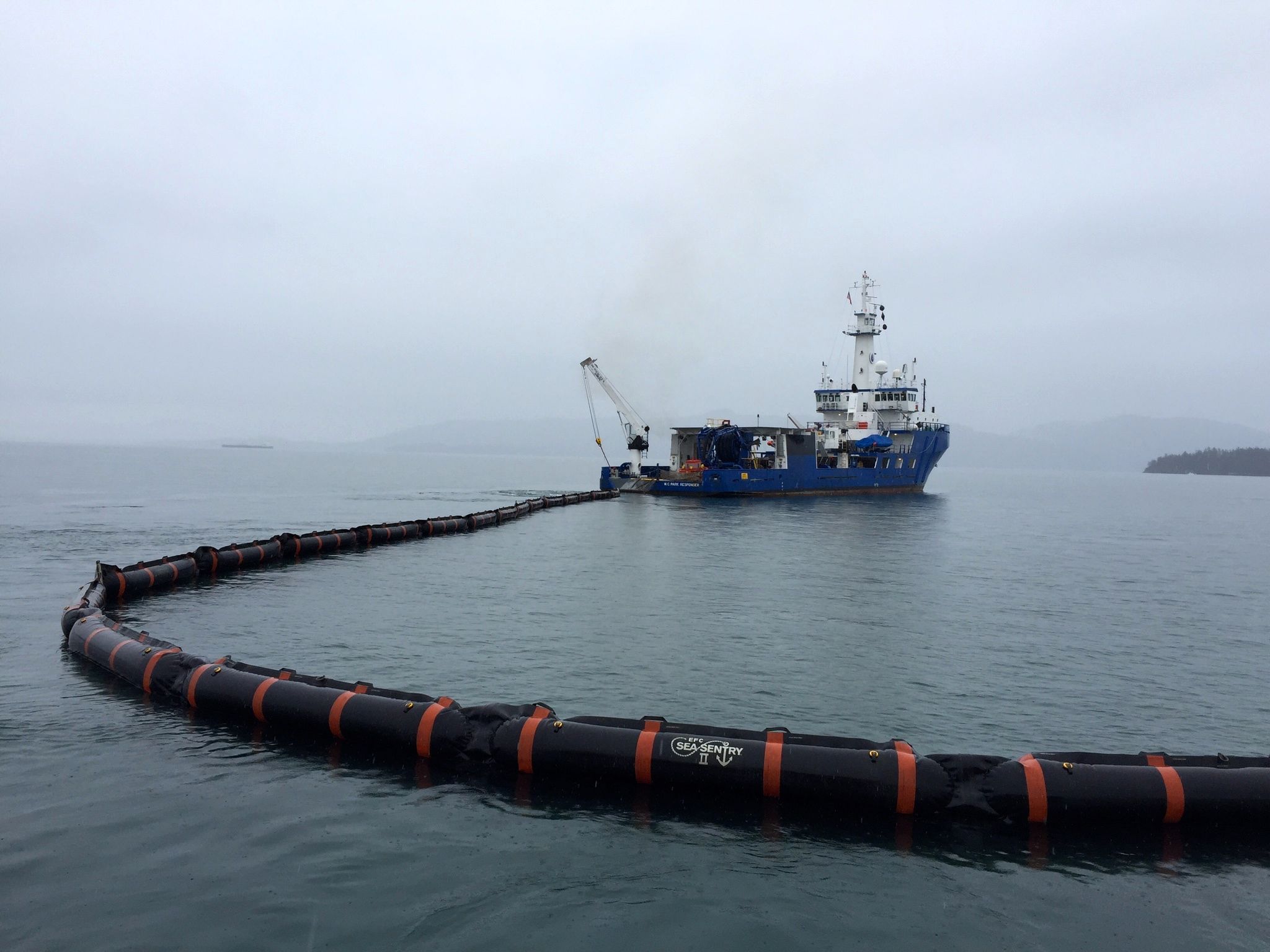 On a calm, clear afternoon in December 1985, the Arco Anchorage made a routine stop in Port Angeles, Washington. The crew was killing time, waiting their turn to drop off 814,000 barrels of Alaskan crude oil at the Cherry Point Refinery, 22 miles north of Bellingham. Somehow, despite perfect conditions, the Anchorage ran aground. Rocks on the ocean bottom tore two long slits through ship's hull; the oil began to leak immediately. Over the next few hours, 239,000 gallons of oil spilled into the Port Angeles harbor.

The crew notified the U.S. Coast Guard immediately, and within five hours, a contracted spill-response team had stopped the oil from gushing out. They soon realized, however, that  the equipment and manpower they had on the scene wouldn’t be enough to contain the spilled oil. They called for more help, but they had already lost precious time.

Cleanup would ultimately continue for more than three months and cost $13 million. Finally, having recovered only about half the spilled oil, response teams called it quits. It wasn’t even one of the top five biggest oil spills in Washington state’s history.

A lot has happened in the world of oil spill response and prevention since 1985. The epic disasters of Exxon Valdez and Deepwater Horizon, both of which were orders of magnitude larger than the Arco Anchorage, spurred policy reforms designed to minimize the chance of a big spill and boost our ability to clean one up if it still happens. In 1990, for example, Congress passed a law requiring oil companies to phase out older tankers and replace them with tankers that have double hulls, which puts more metal between the oil and the sea should a ship run aground.

Still, more than 5 billion gallons of oil are transported by boat and barge to the five refineries located in Puget Sound each year. With so much petroleum moving along our coastlines, accidents are, sadly, almost bound to happen. 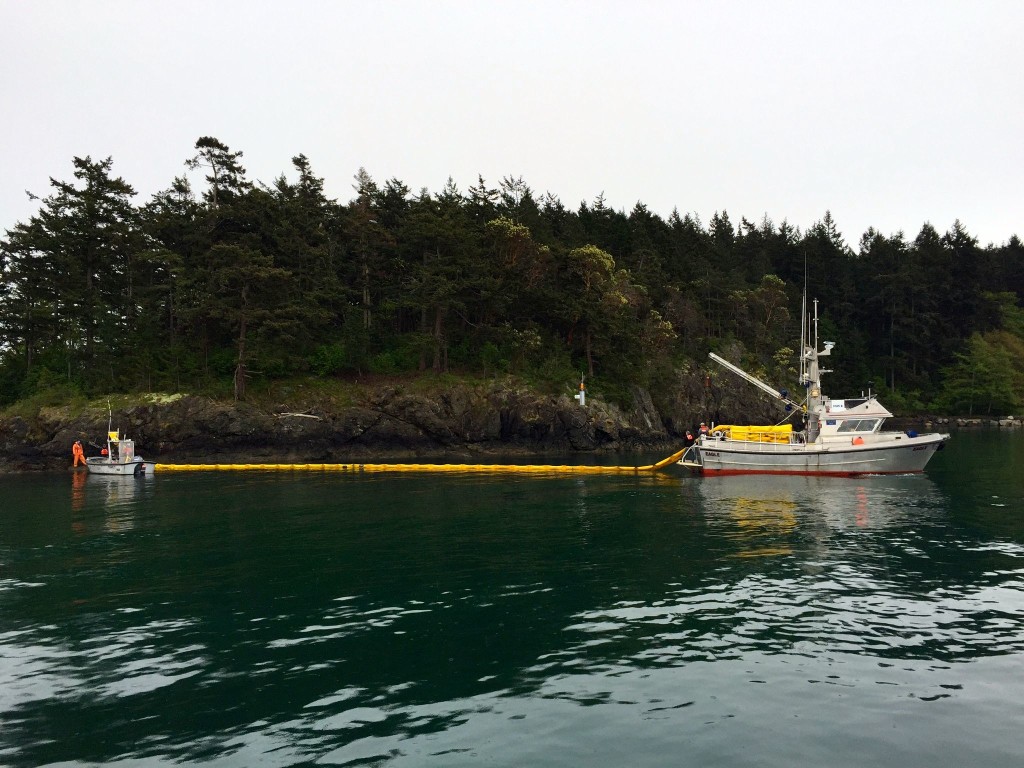 Is Washington ready for the next big one? That’s the question the state Department of Ecology had in mind at the first-of-its-kind “worst-case” oil spill drill off the coast of Anacortes earlier this month.

The drill was part of a program created by the state legislature in 2011. Prior to that, Washington already had a reputation for taking oil spill response seriously — but the 2010 Deepwater Horizon disaster convinced lawmakers that the state still needed to up its game.

The law mandates that all oil companies that transfer their products onto or off of vessels on the coast, in Puget Sound or the Columbia River invest in response equipment, submit detailed oil spill contingency plans, and demonstrate those plans to evaluators from the Department of Ecology via a series of drills such as this one.

“When we do a drill like today, we’re testing a plan,” Washington State Department of Ecology Response Manager David Byers said, standing aboard the boat called the Straight Arrow before motoring out to see the action. “We’re testing areas we think may be weak, and we’re making industry prove to us that they can respond.”

The drill scenario: It’s 5:45 a.m., and a boat has just left anchor off the coast of Vendovi Island, located between Lummi Island and Anacortes. But someone’s not paying attention, and so it crashes into another nearby ship. Both vessels are damaged; thick, heavy fuel oil begins to ooze into the water. By the time the crews have secured the leaks, about 2,100 gallons have leaked out of each boat. Now 6:30am, it’s time to launch the response plan.

By the time the Straight Arrow passes the boats from the Marine Spill Response Corporation (MSRC) and the National Response Corporation (NRC) — the companies contracted to clean up oil spills in these waters — at 9 a.m., the spill response is in stage 1. This is the site assessment, when the contractors take stock of the situation at hand, including the current conditions like wind and tides, and determine whether it is safe to work near the site or if there are chemical and explosive hazards. Back during the Arco Anchorage spill, this is when the contracted response team — Arco Marine, Inc. (AMI) – would have noticed that, despite the day’s calm weather, the tides were strong, carrying the spilled oil within and out of the harbor. In the end, oil impacted shoreline areas as far as 15 miles from Port Angeles.

The Straight Arrow continues on to the shores of Vendovi Island, where workboats have deployed booms — fence-like equipment put in the water — to keep the imaginary oil from floating into sensitive coves or toward the beach. This is one of the first priorities of the response teams, as oil that reaches these areas could harm habitat, seabirds and bald eagles. The ARCO Anchorage spill killed more than 4,000 birds, despite the best efforts of more than 2,000 volunteers who turned out to help the oil-drenched wildlife. “Some were hard to distinguish what species they were, they were so saturated with oil,” Arnold Schouten, one of the volunteers who was on the scene, told the Peninsula Daily News.

The Straight Arrow moves on to the next stop: an NRC boat with a drone on board. The drone is a new piece of equipment directly out of the 2011 bill. A man steadies the small plane and throws it into the air. After briefly dipping toward the water, it ascends overhead, relaying video footage of the "spill" so the crew can more effectively see the oil and where it is headed.

Then it’s on to the main cleanup acts. MSRC has deployed a large boom off the stern of one of its boats and a "current buster" — an advanced type of boom that can be dragged through the water more quickly in order to gather the oil. NRC has deployed two boom systems, and a new “skimmer” inside one of them, equipment that pumps the imaginary oil out of the water. Both teams are assisted by two “Vessels of Opportunity” (VOOs), which are local boats that have registered to assist in the event of a big spill, another new program out of the 2011 bill. 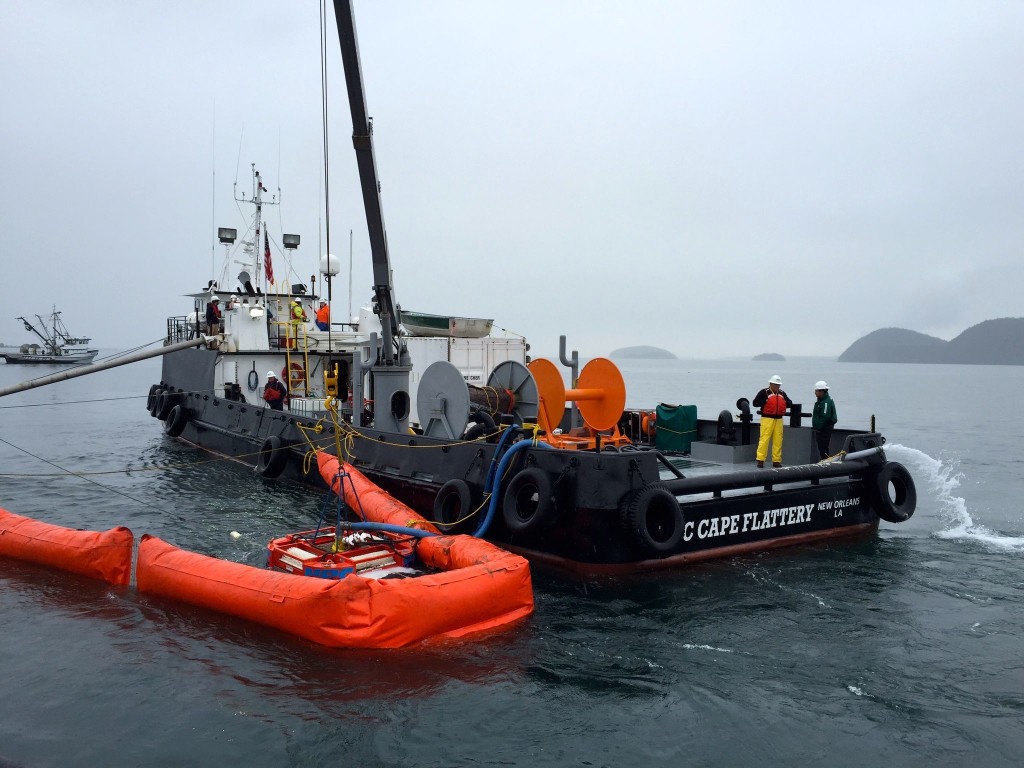 Having surveyed all of the drill sites, the Straight Arrow then heads back to the marina. From the outside, it certainly seemed like a well-coordinated response that used state of the art technology. But was this really a “worst-case” scenario?

“They’re well-equipped to handle a 4,000-gallon spill,” Eric Nalder, an investigative journalist who won two Pulitzer Prizes for his reporting on oil transportation, told Crosscut. But while the spill scenario practiced in the drill is certainly far bigger than most of the more than 4,000 oil spills reported to the Department of Ecology every year, it pales in comparison the Arco Anchorage’s 239,000 gallons, which itself is a fraction of the 11 million gallons spilled in the pristine Prince William Sound from the Exxon Valdez in 1989, or the 130 million gallons spilled into the Gulf of Mexico in 2010.

Sure, things have changed since then, but we’re not seeing less oil move through our waters – in fact, a report that came out last year predicts we’ll see 2,000 new oil tankers and barges in the Pacific Northwest, thanks to the expansion of rail-terminals and pipelines. Oil tankers carry as much as 55 million gallons of crude. While barges carry less — at most 14 million gallons — they still carry a lot, and they are far less regulated. A report released this month by Friends of the Earth, written by environmental consultant and recently elected Port of Seattle Commissioner Fred Fellman, highlights the risks associated with the transport of Canadian tar sands oil across the Salish Sea.

Even a spill of half a million gallons in Puget Sound would be devastating, Nalder said, and while we’ve come a long way since 1985, that’s still within the realm of possibility. It would decimate local wildlife and, while cleanup efforts took place, shut down commerce and tourism. “The nature of Puget Sound will change for months and months in a horrendous way,” Nalder said. “Very few people living in this region really understand what that would look like.”

Lets hope we never have to. 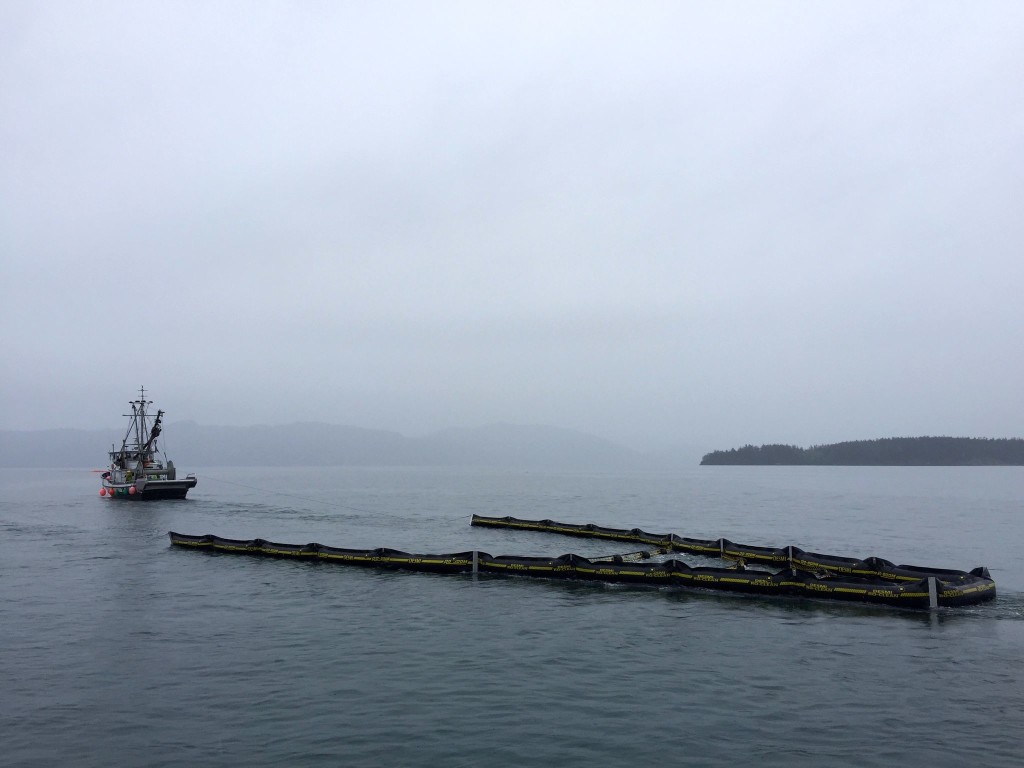