Murray moves to clean up the Jungle 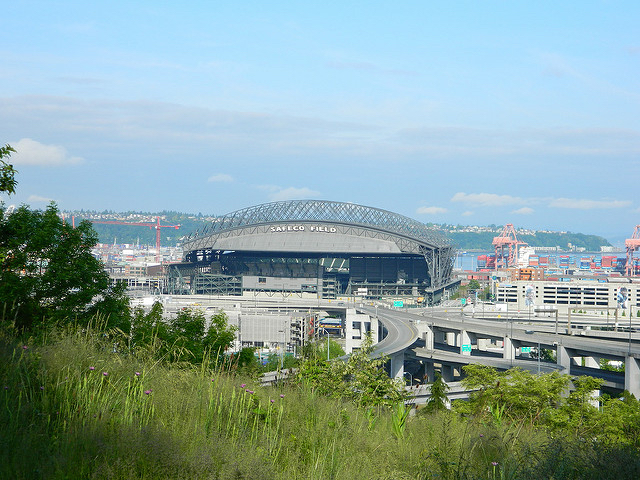 They call it the Jungle: the lush greenway beneath I-5, home to hundreds of people living in their tents. Its conditions and safety have long been the subject of scrutiny from officials, but movement on the area has been sparse.

For Mayor Ed Murray and a slate of city councilmembers and state legislators, his focus on Seattle’s homeless epidemic, as well as a high-profile shooting, has again brought to the surface the concerns of the greenway. But timing does not favor successfully addressing the challenges of the Jungle's problems. The patience service providers say they need to unpack the complex issues facing many who choose to live there can clash with the zeal of some elected officials for quick action.

The Mayor’s Office is moving forward on what to do with the greenway. Scott Lindsay, public safety adviser to Mayor Ed Murray, has been making the rounds on the second floor City Hall wing of the Seattle City Council, briefing a few councilmembers on what Murray intends for the Jungle.

The Mayor’s Office did not immediately make Lindsay available for comment. But it appears that the fundamental approach runs parallel to what Murray’s attempted to do with Seattle’s homeless crisis in general: mixing a compassionate offering of services with a stark red line where the mayor and his advisers see threats to public safety.

At the front is “meaningful” outreach. This isn’t new. The city has long partnered with the REACH program, part of Evergreen Treatment Services, to make case managers and outreach workers available to people living on the streets. The workers accompany city employees as they make contact with unsanctioned homeless encampments, the idea being that the city can move people out of unsafe areas and into services and shelter.

The approach has been questioned, not for any opposition to outreach, but because that contact isn't necessarily backed up with sufficient services. “You have to have real offers of real services to the folks currently living under the I-5,” says Councilmember Lorena Gonzalez, who was briefed by Lindsay. “My expectation is every time an outreach worker makes contact with someone who lives there and offers voucher or a place in a shelter, that that option is a real option.”

The other challenge with this approach is that establishing relationships through outreach can be slow. The city can have all the services in the world and it won’t matter if there’s no trust in those offering. This was a major talking point at a February roundtable on homelessness in City Hall. “We all have to have patience,” said Lisa Daugaard, head of Seattle’s Law Enforcement Assisted Diversion (LEAD), at the time. She added, “It is very hard for people to be patient under those circumstance. LEAD has taught us that impatience does the most harm.”

With that in mind, the unanswered question is whether this outreach in the Jungle will come with some kind of time limit: You must leave if you haven’t accepted services after X amount of time. Gonzalez hasn’t heard a timeline yet, but said she believes that whatever it is should be tied to what outreach workers reasonably need to make a difference.

The next aspect of Murray’s plan will build off the relative success of park “activation” in the Westlake and Occidental parks — imbuing a space with tables and food and games to nourish the positive energy and push out the negative.

“Activating the greenbelt is one way to positively deter people from going in there” for troublesome purposes, says Gonzalez. What that looks like, exactly, is a little unclear. Gonzalez says it could include bike or pedestrian paths, lighting, trimming brush, adding more road access and more. So far, homeless advocates and business types have applauded the approach downtown, but it’s a little harder to see in the greenway. How far under I-5 are you really willing to go?

If “activation” is the positive approach to deterring entrance, the infamous fence idea is the starker signal to keep out. Part of a proposal out of the state Legislature, building a fence around the area has been a topic of much debate, with several council members filleting the plan for being expensive and unrealistic.

Under Murray’s approach, the talk is of “access gates,” not a fence — specific points at road ends for entrance and exit. Is this really different from a fence? Unclear. “I have significant questions about the gates,” says Gonzalez. "They ostensibly create a fence." She still opposes it.

Lindsay will address the city's strategy for "Enhanced Outreach and Encampment Clean-up" before the council Wednesday.

All of this comes as Seattle still lives under a State of Emergency, declared by Murray last November in the face of the mounting death toll of people living on the streets. Doing so was meant to give an urgency to the rising homeless population, apparent even from the exploding number of tents along and beneath the highway. Whether urgency can co-exist with the patience some service providers beg for in working with the homeless will remain to be seen.