Seattle's first Somali police officer may get a second chance 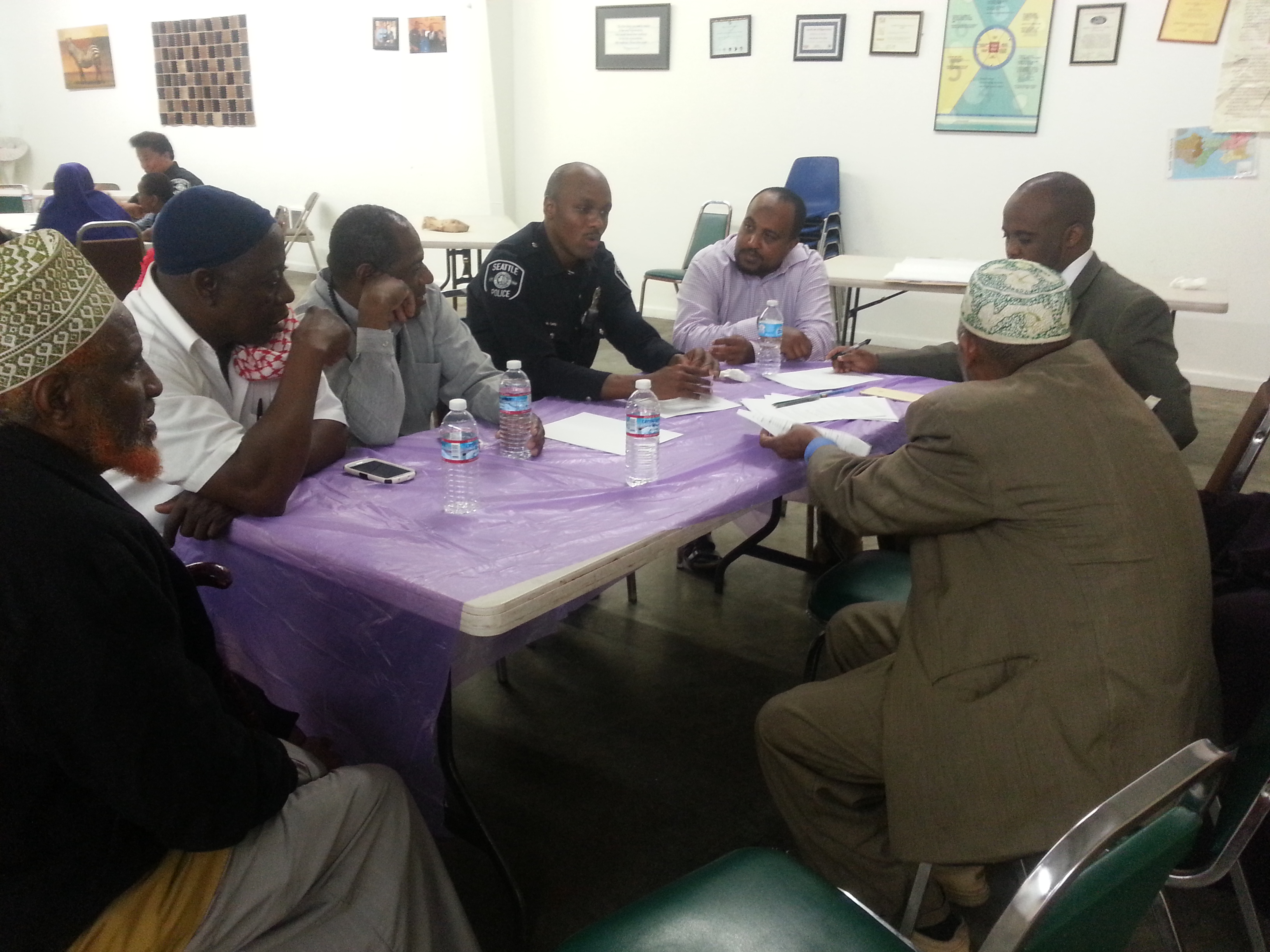 Mohamed Said speaks with community members during his time with SPD.

When it became clear to Mohamed Said, Seattle’s first Somali-American police officer, that he was going to be fired, he wanted nothing more than to wash his hands of the department and move on. His dream, after all, was to be a police officer. Although it didn’t work out in SPD, he figured he would find another job in the field.

But the brass at SPD, with the information of Said’s case before them – mostly accounts from his Field Training Officers – determined he may have carried out “disqualifying misconduct.” This meant his case would go to the Washington State Criminal Justice Training Commission (the Academy) in Burien. There, examiners would determine whether or not Said could maintain his police certification – in other words, whether he would be allowed to pursue his career elsewhere.

As his case was under review, Said’s chances for another law enforcement job all but vanished. Although he had not been decertified, once-interested police and corrections departments sidestepped Said for fear that their new employee could by disqualified from police work within months of his hiring.

His case hung in limbo for six months, postponing his marriage to his fiancé in the meantime. He was not given a timeline for a decision, but there were few signs it would be quick.

But in the week following a Crosscut article about Said’s hard fall inside the department, the Seattle Police Department and Said’s lawyer came to a settlement: SPD would ask the Academy to expedite his case so long as Said and his lawyer agreed not to file claims against the department – which would have almost certainly included claims of discrimination against Said.

Said’s lawyer, Dan Fjelstad, and public safety advisor to the Mayor, Scott Lindsay, agreed to the terms, with the city agreeing to both expedite Said’s case and to not give any negative recommendations. That was on March 18. By March 22, Said received a letter informing him he would not be decertified. That become official Monday, as the 14-day period for SPD to appeal expired.

To those on the outside, the success of SPD’s lobbying efforts may be a surprise. Officially, SPD doesn’t have any sway over those investigations. But, as is typical in political circles, more gets done in back room conversations than in official business. And, official or no, Lindsay’s phone call seems to have sped things along. In an e-mail with Said’s lawyer, however, Lindsay says that SPD would not try to influence the actual result of the investigation, just the speed with which it was reviewed.

With his certification retained, Said hopes to work somewhere nearby – the King County Sheriff’s Office, Tukwila, Federal Way. He remains confident he can be a positive presence on the streets. He says he doesn’t want special help and never wanted to sue SPD. He just wants to be a cop.

Said’s advocates – such as the Council on American Islamic Relations and the Community Police Commission (CPC) – see his rocky tenure in SPD as a symptom of an old-school training unit unfit for true diversity. Although the CPC is not allowed to review alleged misconduct, in the days following Crosscut’s coverage of the case, the CPC sent a letter to Police Chief Kathleen O’Toole with its own assessment of some of the systemic issues they saw in Said’s case.

The CPC over the next nine months will conduct something of a deep dive investigation into the case, by “gathering feedback at each of the SPD Demographic Advisory Council meetings, hosting multiple brainstorming sessions with community leaders, surveying hard-to- reach Seattleites, and convening SPD personnel for a dialogue on strategy.”

By next December, the plan is to release extensive policy recommendations for how to both attract and maintain people from diverse corners of Seattle and elsewhere, like Said’s Somali community.

As for the future of Mohamed Said, it will likely be another month or two before he'll know if he's found a new job. In the meantime, he’ll wait.