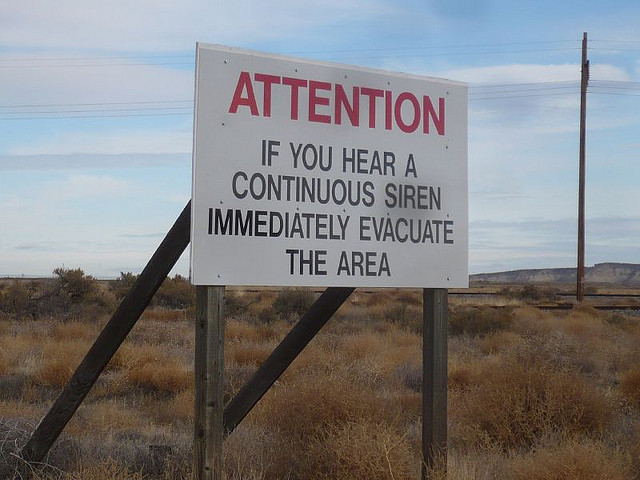 The news slipped into the vacuum of Friday happy hour.

Late on March 11, a U.S. District judge quietly issued a novella-length ruling, which may reshape the way the U.S. Department of Energy (DOE) manages the 56 million gallons of highly radioactive waste at the Hanford Nuclear Reservation.

“It’s a big deal,” said Washington Attorney General Bob Ferguson in an interview. “The court specifically said that the Department of Energy must meet its deadlines.”

Northwesterners have watched this movie enough times to parrot the dialogue. The feds heel-drag on Hanford cleanup, as lawmakers harrumph and scold the Department of Energy secretary. Time passes; there are new lawmakers and a new DOE secretary. Press repeat.

Now, enforceable milestones should rewrite the narrative. In addition to increased transparency, there will be earlier, set-in-cement deadlines, and the state will have the option to race back to court whenever DOE experiences a procrastination relapse.

In her 102-page ruling, Judge Rosanna Malouf Peterson notes, “Granting DOE the unilateral, virtually unbounded freedom to extend any consent decree [regarding any Waste Treatment Plant] scheduling milestone would result in the opposite of accountability. … These milestones should be viewed as enforceable legal duties rather than optimal, idealistic goals.”

Under the judge's ruling, phase one, a treatment plant to process low-activity radioactive waste, must be up and running by 2023; then a pretreatment facility has until 2033, and the full-waste treatment plant for high-level waste must begin operations by 2032.

In the slow-motion universe of nuke-waste politics, this registers as light speed.

The ruling underscored Ferguson’s concern that when it comes to the most contaminated place in North America, DOE exhibits a kind of accountability avoidance.

Peterson’s decision traces back to former Attorney General Rob McKenna, who filed suit against DOE in 2008 when the department continued to ho-hum deadlines set by the Tri-Party Agreement. The 1989 Tri-Party Agreement dates to former Gov. Booth Gardner and was intended as the final word on cleanup.

McKenna’s lawsuit culminated in a consent decree — which is considered an enforceable, legally binding order — to govern the retrieval of tank waste and to build a permanent waste treatment plant. But by October 2014, Ferguson, who had become attorney general the year before, and the Washington Department of Ecology had become so frustrated with the Energy Department’s insistence it couldn’t meet the consent decree’s timelines that Ferguson filed a petition to enforce the decree.

The new ruling is not a complete victory. The court will not compel DOE to produce more double-shelled tanks right away. That’s upsetting to Hanford watchdogs because the expected life span of many of the leaking single-shell tanks expired around the time that the Beatles parted ways.

The ruling allows the state to return to court to demand the feds build more double-shell tanks, but only if DOE misses an interim 2020 milestone under the consent decree.

Peterson’s ruling could mark the before-and-after point in the Hanford-cleanup saga. “I’d like to think it’s a turning point,” said Andy Fitz, Senior Counsel with the Washington Attorney General’s office. Fitz has labored on Hanford cleanup under both Democratic and Republican administrations.

So why, on the federal level, does the urgency of leaking underground tanks fall away?

Since the end of the Cold War, Hanford has been sidelined as a costly, over-there abstraction. It also doesn’t have a galvanizing symbol; there’s no Mr. Yuk, no drowning polar bear, no radioactive rabbit. Even the word “cleanup” illustrates the limits of language to convey problems like plutonium 239’s half-life of 24,100 years. Progress is measured in geologic time.

The onus is on U. S. Energy Secretary Ernest Moniz, who has the visage and hairstyle of a Colonial War general to match an equally outdated mindset — at least regarding Hanford.

Moniz may be a dapper and brilliant defender of the Iran nuclear agreement. He also exhibits sufficient sway to change the department’s culture of arrogance. Nevertheless, when the Peterson ruling came down, DOE didn’t bother to issue a statement.

It seems like a wish-it-away strategy for managing an abstraction. Now, thanks to the state and Ferguson's office, the feds may have a harder time wishing Hanford away.