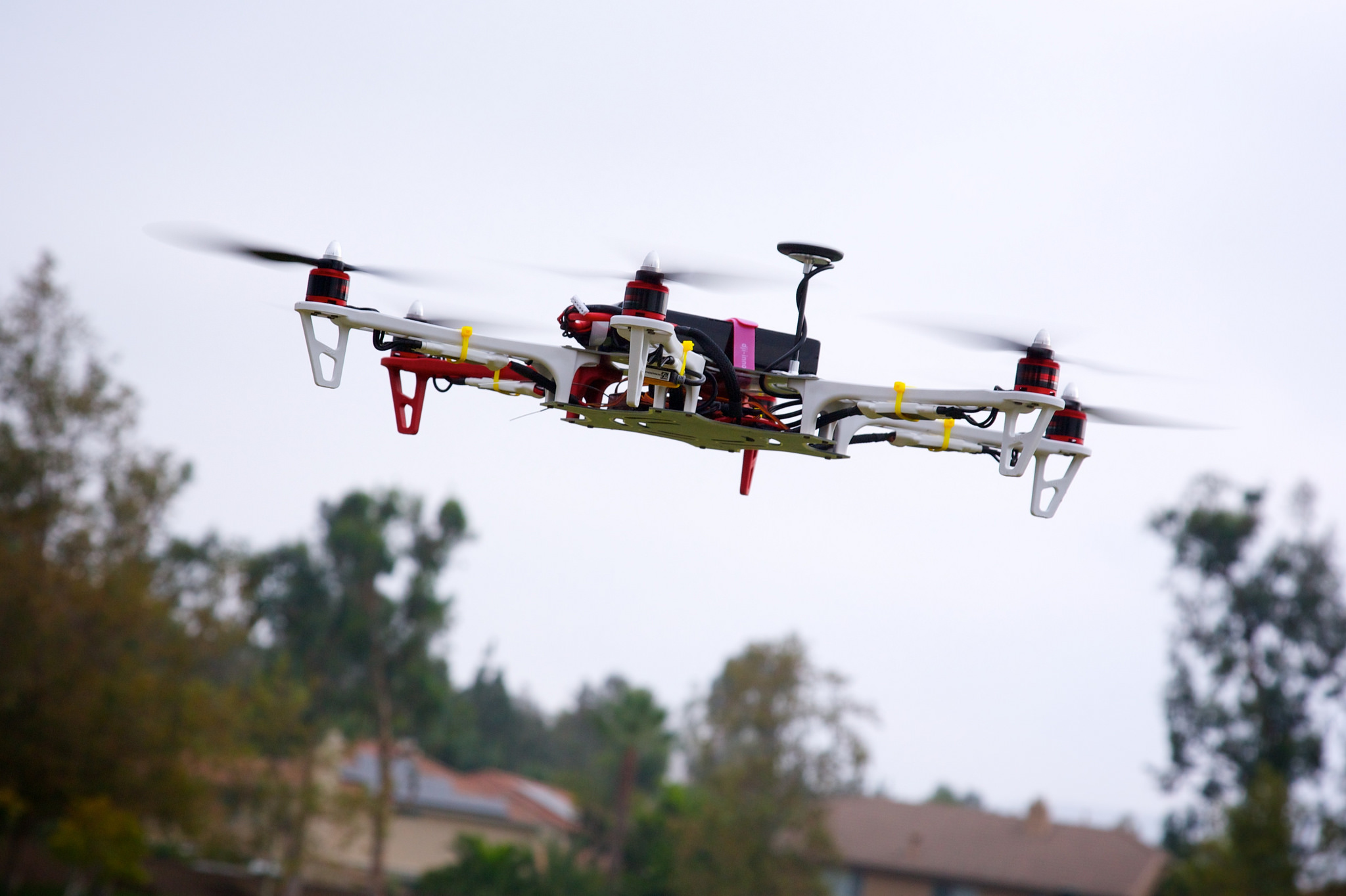 Last year, the FBI flew a fleet of small airplanes over Seattle and other cities. They were equipped with cameras capable of snapping thousands of high-resolution photographs, and may have carried devices that could capture emails, phone calls, texts and location data. One focus of the agency’s surveillance was the protests over the Ferguson, Missouri, police killing of an unarmed black teenager, which helped spark the Black Lives Matter movement.

This news, reported last June by The Associated Press, didn’t get much play in the local media. Neither did the expiration, last summer, of a moratorium preventing Washington state and law enforcement agencies from buying drones (a.k.a “unmanned aerial vehicles”) that can be equipped with similar surveillance gear. Gov. Jay Inslee established that temporary ban in 2014, after he vetoed a bill that would have established parameters for the use of drones. He believed this legislation was too broad, and that better regulations could be passed before the ban expired.

Those regulations never materialized, however, and with the ban’s expiration, Washington has become the “Wild West” of drone use, according to Doug Klunder, privacy project director at the ACLU’s Washington office.

The issue of drone surveillance hit a flash point in 2013, with revelations that, unbeknownst to the Seattle City Council, the police department had acquired drones in 2010 and was preparing to deploy them in the field. Public outcry erupted over what some saw as an impending surveillance state.

State Rep. David Taylor, a Republican representing eastern Yakima County, sponsored the drone regulations that passed in the legislature later that year, only to be shot down short by Inslee’s veto. Together with the ACLU, Taylor has pushed similar legislation every year since, but these legislative efforts are “going nowhere,” he says. The public has moved on, so legislators have, too.

In a statement, Inslee tells us that his office is still taking steps to establish better policy. But right now, in the absence of regulations, there could be state agencies in possession of surveillance drones, and no one would know about it, says Klunder. “Worst case is that we’ll end up with drones being used by law enforcement agencies without a warrant, just collecting information in fishing expeditions,” he says.

This lack of regulation has both Klunder and Taylor wondering whether, in an effort to get the public to care about this issue again, it’s time for the Seattle Police Department to ask for its drones back.

Back in 2013, when civil liberties advocates learned that SPD had purchased surveillance drones and secured FAA permission to use them, they were outraged, but there was a silver lining: With the proper regulations, they thought, Seattle could create a national model for drone policy in a major city.

Instead, Inslee put his temporary ban in place and SPD gave its drones to the Los Angeles Police Department, free of charge.

The LAPD convened conversations with the ACLU and other organizations to determine how police could use drones to do their jobs more effectively and safely — to pursue criminals, for example, or to assist in SWAT raids — while respecting privacy rights and warrant requirements. But those discussions have hit a brick wall.

The LAPD’s inspector general office says there’s been nothing to report on the subject for months, and no updates are expected for the foreseeable future. The drones may never be used.

Now, as much as the idea makes them uncomfortable, both Klunder and Taylor say that the return of SPD’s drones could prod the city and state to ask tough questions and develop policies. Taylor says it could be “hugely beneficial” to the conversation.

“Seeing Seattle or the state patrol get a drone, it would definitely raise awareness again,” says Taylor. “It would broaden the conversation, and give us a better chance to move a bill forward.

“People aren’t even aware of the technology that’s being used, allowing data collection without any sort of notification, without any kind of warrant requirement,” he says. “We need to have that conversation and pass regulations in a real way.”

On a national level, politicians from the Northwest are already leading the charge on this debate. The FBI’s use of drones over Seattle prompted Rep. Suzan DelBene of Washington’s 1st district and Sen. Ron Wyden of Oregon to introduce bills in Congress establishing parameters around drone use.

In Washington state, the governor’s office tells us that several agencies — including the Department of Transportation, the Department of Fish and Wildlife, and the Department of Ecology — are finalizing a model drone policy. (Drones could be enormously helpful in operations such as wildfire or disaster response.) The state’s chief privacy officer, Alex Alben, is drafting general drone policy principles to supplement any policies state agencies develop.

In the meantime, there are few clear limitations on the government’s use of these powerful “eyes in the sky,” watching and collecting information unbeknownst to anyone on the ground below.

For a moment, Seattle and Washington were poised to establish national precedents in the drone regulations. But with the moratorium on drone purchases now expired, the question is whether citizens are now more vulnerable to warrantless surveillance, and what it will take to reignite the public debate.

Correction: This story originally stated that the FBI flew drones over Seattle and other cities. In fact, it was small planes, according to the AP.