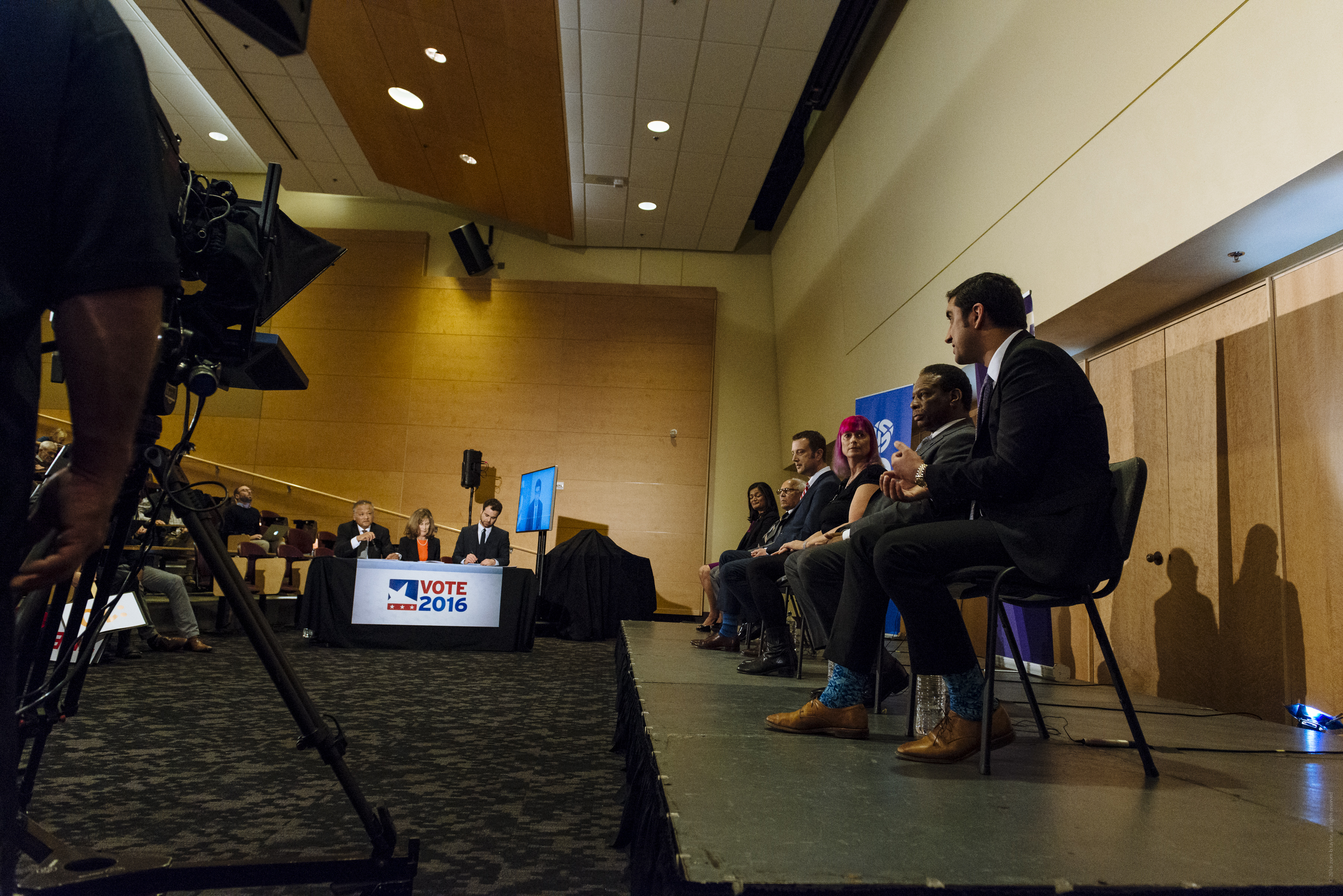 In the first televised debate for one of Seattle’s biggest political prizes in a generation, six candidates vying to represent the area in the U.S. House of Representatives attempted to paint themselves as the best choice for the position Wednesday night.

Drawn by the retirement of 28-year Congressmember Jim McDermott, a full slate of nine candidates are seeking to represent the 7th Congressional District, which covers much of the city and some neighboring suburbs to the north and south. Six of the candidates met for a debate hosted by KCTS 9 and Crosscut at University of Washington's Kane Hall.

They face a fast-paced race to the August 2 primary, where the top two vote-getters will emerge as the finalists in the fall general election.

The debate included all three of the most prominently covered office seekers — state Sen. Pramila Jayapal, King County Councilmember Joe McDermott and state Rep. Brady Piñero Walkinshaw — as well former Burien Mayor Arun Jhaveri, independent candidate and engineering specialist Leslie Regier, and community activist Don Rivers. Other than Regier, all of them have filed as Democrats. The three other candidates on the ballot are Republicans Scott Sutherland and Craig Keller and Carl Cooper, an independent.

The 7th District is regarded as one of the nation’s more liberal, and potentially one where a progressive representative could enjoy a lengthy career along the lines of the incumbent, Congress member McDermott (who is no relation to Joe McDermott).

The candidates generally tried to outdo each other in positioning themselves as the best representative for a progressive district, but also as people willing to collaborate. Late in the debate, they were asked to talk about their most conservative belief, a question that drew a laugh from the audience.

Jayapal, the first to answer that question, responded, "God, it is going stump me." She went on to talk about her positions and her desire to represent working people, drawing more laughs when she concluded by saying that she hadn't answered the question but had used it to state her own progressive priorities.

But there were plenty of highlights as the candidates fielded a range of issues.

KCTS 9 will broadcast the debate on June 1 at 7 p.m., and further analysis will be published on Crosscut. The full livestream of the event is below.