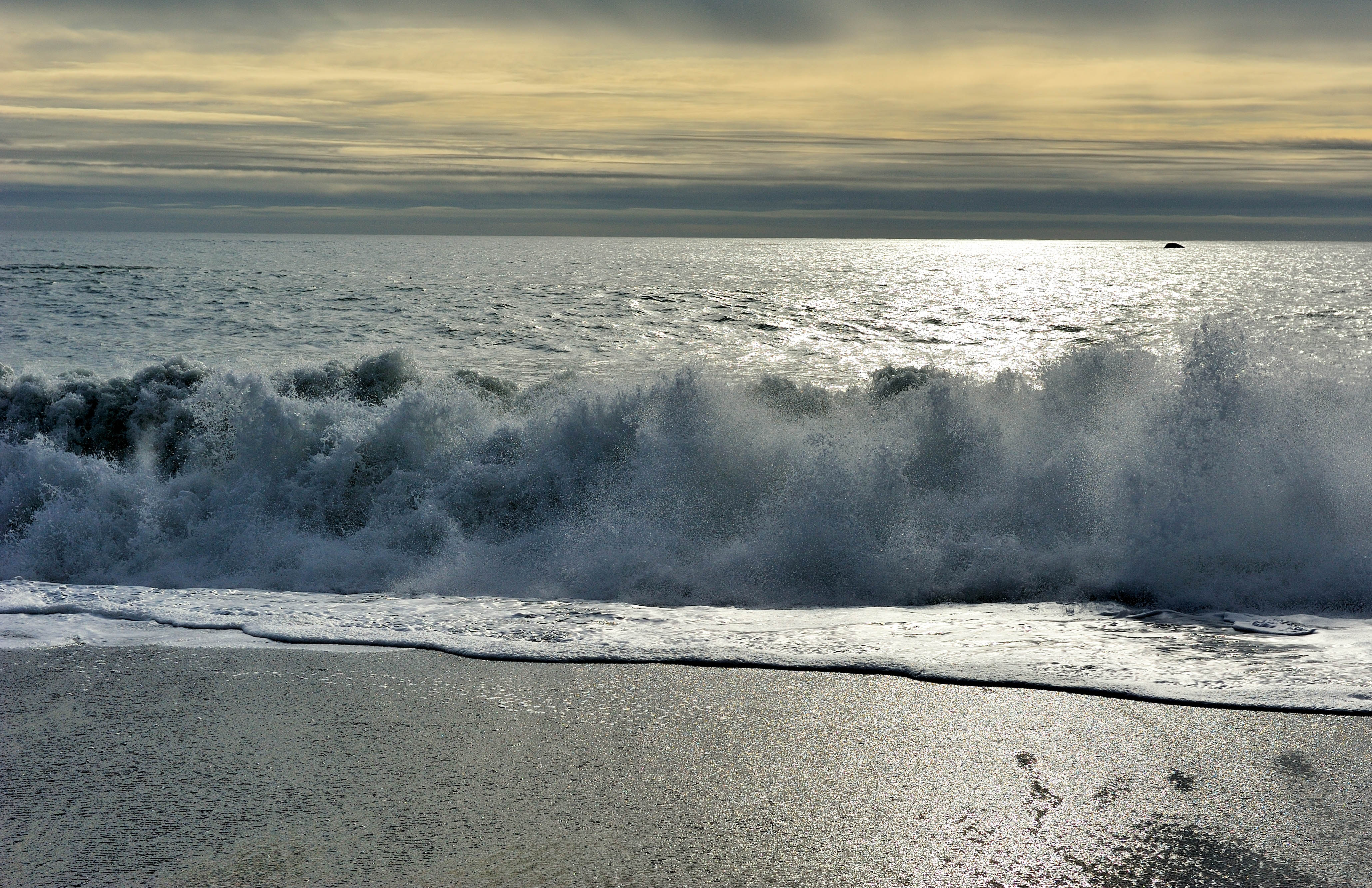 The coast of Redwood National Park.

This story is a production of OPB/EarthFix. Photos by Jes Burns.

It’s the kind of foggy day you’d expect at Redwood National Park on the Northern California coast. The headlands are shrouded in mist and the gray-blue ocean churns against the shore.

Her ancestors lived, hunted and fished around what used to be a small village on this site.

“It has a name for a reason. Summer Place. We have that connection with the environment, knowing exactly where we come from,” she says from a bluff high above the ocean.

John Green is also Tolowa, a member of the Elk Valley Rancheria, and directly traces his family back to a village in the area. He says there were likely a small group of plank houses on this site, occupied by a few families. This spot was part of a network of Tolowa villages of different sizes and importance up and down the Southern Oregon and Northern California coastline.

“You have everything here. But you got to remember that your land was out in the ocean a lot further than it is now. A lot of it has been washed away,” Green says.

This has been especially true in the past few decades. Redwood National Park Archaeologist Michael Peterson says in this spot, the cliffs have retracted about three feet just since 2007.

“This is a combination of everything bad: increasing climate change, increasing of terrific weather, storms,” Peterson says. “I’ve seen whole redwood logs lying up on top rocks that are like 12 feet above high tide area. You could tell how big the storm, the waves were.”

Erosion has been happening all along the Northwest coast for thousands of years. But recently there’s been a change in the intensity and frequency of coastal storms.

Minor says archaeologists in California are already beginning to come together to address the effects of climate change, but Oregon and Washington are lagging behind.

“And clearly if we don’t do something within next decade or so, we’re going to have a huge loss of sites,” he says.

But it’s difficult to hold back the ocean – especially in areas that are prized for their natural beauty.

“Some of the things that we want to install, or could install, they distract from the visual effect,” Peterson says. “A cement wall along here would work really well… but we try not [to do] things like that on historic property.”

At heavily used sites like this one, national park visitors themselves present an additional challenge, Peterson says.

“At any place you have historic or prehistoric activity, with climate change, erosion issues, with an increased number people … will have increased number of artifacts coming to the surface,” he says.

The park has had problems with looting in the past involving artifact hunters who break the law willingly and average hikers who don’t know any better. One person was even caught with human remains.

The park and tribes are working to increase their presence in these areas to prevent this from happening, since they know these sites can’t be recreated.

“You can’t just put another 4,000 Tolowa De’nii people back out on a site for 10,000 years and have it grow back,” Suntayea Steinruck says.

They may soon need to decide if they should go in and learn what they can about this village site archaeologically before it’s too late.  It’s a concept called “data recovery” or “rescue archaeology.”

One idea is to study old waste shell deposits or “shell midden.”

“Rather than letting them erode down the slope and they’re gone forever, we can use these clam shells out here for oxygen isotope analysis. That’ll tell us something about climate change in the past,” says Peterson.

For Suntayea Steinruck, the situation raises a complex dilemma; on the one hand is Steinruck’s desire to preserve and respect her cultural history by leaving the village site undisturbed. But that value is pitted against her interest in saving what she can from the effects of climate change.

“I see the coastal bluffs eroding and then my traditionalist side want to kick in and say, ‘our ancestors are falling into the ocean, what do we do?’ How do we maintain their resting spots to where they’re not disturbed? Or how do we address them in a way that is culturally appropriate?” Steinruck asks.

Because the blunt truth is, despite Park efforts, the cliffs at the Summer Place are still washing away.

“I think that’s a heavy burden a lot of us have to bear, because we have to look at that reality of it.”