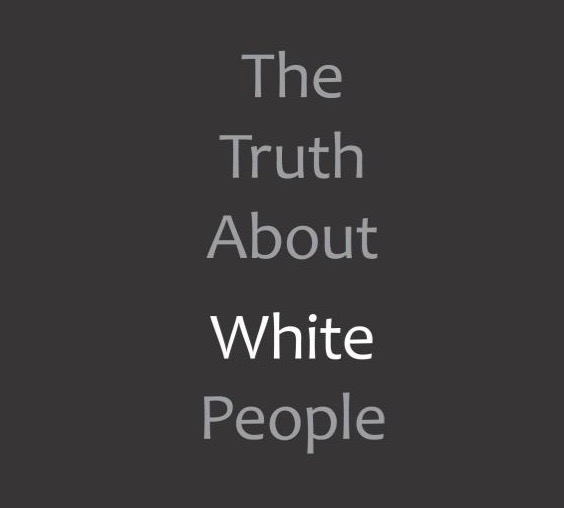 Editor’s note: This is a slightly revised excerpt from the author’s 2015 book, The Truth About White People.

Let’s start a discussion of racism in the workplace with a story from my own experience. To focus on my beloved Seattle, I’ll use an example from my Bon Marché/Macy’s years (1998-2008).

Somehow I got hornswoggled into joining the Diversity Committee. Perhaps it was because of my prior employment as Director for Antiracism & Justice Programs for a national non-profit. (Note to my POC friends: Run like hell from these jobs/opportunities; white people do.)

Anyway, back to the story. It’s 1999ish and the committee has a very intense meeting where the Senior VP for Human Resources tells us all about how very committed he is to diversifying the staff, especially at the management level. This man has been in his job for at least five years, and came from a similar high-level position elsewhere. He spoke passionately about his personal history with diversity and how he grew up in South Boston during desegregation of their schools (not a hopeful note, by the way). After about a half-hour of this deeply sincere speech, he said he would hire a person of color as a manager in a heartbeat, if only he could find someone who had the qualifications, experience, and the right attitude.

While this type of statement sets all POC on fire, to white people it seems like a perfectly appropriate set of guidelines. Why? Because that’s how they believe they’ve gotten their jobs and promotions. Except … except I knew that a white man who was then in another senior position had a habit of walking into rooms and screaming at people, going as far as calling them names and throwing tantrums. I also knew that he, a married man, was having an affair with a woman in another department and had just fired his assistant, with whom he was also having an affair.  Nearly everyone in the company knew. No … I’m not kidding.

The overwhelming response to all three questions was “YES.” So, I put my findings in an email to said Senior VP of Human Resources with a cc: to the entire Diversity Committee and asked, based on my findings, if there was a separate standard and set of prerequisites being established for people of color to become managers, and whether that difference didn’t perpetuate discrimination. He and his staff were clearly violating the very standards he demanded of people of color.

The lesson: White people are so surrounded by discriminatory practice in their favor that they’re like fish in water. The majority of them don’t even realize there is a question to ask, let alone what the question is. If a “trusted person” makes a statement, they just believe it, especially if it’s delivered with emotion. This is why critical thinking isn’t encouraged in our schools. Instead, our advertising culture says, “See that pretty face, how can you question what they say?” It’s this inability and unwillingness to think critically that reinforces white people’s belief in their innate goodness and superiority.

Colleagues in one department were living under the thumb of a tyrannical bully, and it took another couple of years and the intervention of outsiders to get rid of him. When he finally left, the change in my coworkers, the sense of liberation, was palpable. There were, of course, a small number who had benefitted from his tyranny, and they manifested their own bullying tendencies by undermining other co-workers and doing their best to sow dissent through gossip and innuendo. Eventually they, too, were pushed out of the organization.

Saddest of all, though, this bully had been in the company’s management for at least a decade. The company had passed up qualified, committed staff members for this guy, and had institutionalized a system that ensured they would continue to get the same low quality of manager. Yet when asked why there were no managers who were people of color, especially African American, the institution fell back on an ideal they didn’t expect of white employees.

None of the white people on the committee questioned the standards.

Those criteria for management selection sounded right to them. They never asked if those standards reflected the reality they lived in. Asking that question would have led them to an analysis of the organization’s internal processes and provided them with data on which they could have built their own liberation from tyranny. This is one example of how when #BlackLivesMatter it can impact everyone.

"The Truth About White People" is available in paperback at many local, independent booksellers as well as major online retailers. The eBook version is currently available at Lulu.com and coming soon to all eBook platforms.