'Jim Crow' no more in Washington 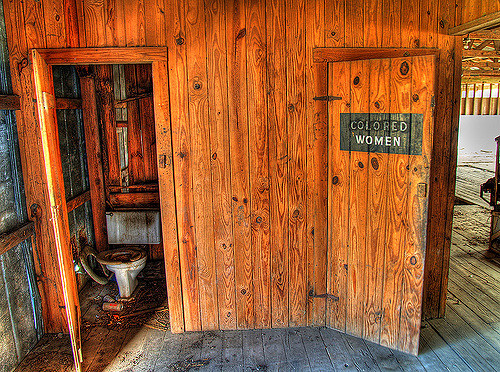 All of the "Jim Crow" names on Washington state’s map could be erased before the end of this year.

On May 19, the state’s Committee on Geographic Names in Olympia approved formal consideration of renaming three Jim Crow features in Wahkiakum County, located in southwest Washington. The board will meet again in October, when they could make the changes after getting input from the public, tribes and historians.

Jospeh Budnick, a resident of Cathlamet — a town bordering the Columbia River – has put forward three new names for the board to consider to replace Jim Crow Point, Jim Crow Creek and Jim Crow Hill near the Columbia River. Instead of Jim Crow Point, Budnick proposes Brookfield Point, a name he says is already used locally and which refers to a 19th century town once located there. He also suggests Harlows Creek after John and Mary Harlow, who had a houseboat on the creek in the 1870s, and Beare Hill to honor early 1900s settlers Georgiana and John Beare.

The name Jim Crow stems from a racist stereotype for African Americans that was later applied to segregation laws. Democratic state Sen. Pramila Jayapal of Seattle has been working with the Department of Natural Resources to identify and generate discussion around derogatory place names around the state. Changing the Jim Crow names tops her priority list.

The Wahkiakum County commissioners support the idea of changing the Jim Crows, despite some initial objections about outside interference in local matters. When the issue came up in March, many county residents professed surprise that the term Jim Crow had any racial meaning. Budnick says he had thought it was the name of a local Indian. Others have speculated it referred to a place where crows congregated. Some historians believe the name relates to James Saules, an early African American settler in the area.

Grant Smith, a member of the state names committee who is an English professor at Eastern Washington University, said people who are unaware of the racist history of the Jim Crow practices are “victims of amnesia.”

Budnick is eager to get the change made. With accusations of racism and bad publicity for Wahkiakum County, he says, “It’s gotten really bad down here.”

It is possible that other name replacements for Jim Crow could come forward. It is not unusual for the committee to wrestle with a number of competing names when a change is being made.

An example of that dilemma also came up at the committee meeting. Shaw Islanders appear to be divided on a new name for the island’s Squaw Bay. Squaw is considered a racially charged, obscene reference to Native American women and many states are trying to change those names. One proposal is to rename the bay Sq’emenen Bay, using the Lummi word for Shaw Island. Another proposal makes the case for Reef Net Bay, after the fishing technique originally used by island natives and adopted by white fisherman. An adjacent point is already referred to as Reef Net Point by the county.

Eyeing a likely increase in the removal of offensive names, some board members expressed the hope that communities will come to consensus on new names so the board won't have to act as judge and jury on competing proposals.

David Bergvall, who represents the state Lands Commissioner and chairs the committee, reported that he had recently attended a national conference of place names in Washington, D.C., and that many states are facing concerns about offensive names. Most people have little problem with changing offensive names — the state committee is very supportive — but when proponents can’t agree on the new one, it slows the process. And the committee itself cannot propose names on its own.

Board member Allyson Brooks, head of the state’s Department of Archaeology and Historic Preservation, asked if there wasn’t a process for community members to come to agreement before sending a proposal to the board, and submit names with proof of broad local support. As more proposals to remove offensive designations are made, this would avoid contentious debates. “Give peace a chance,” she joked.