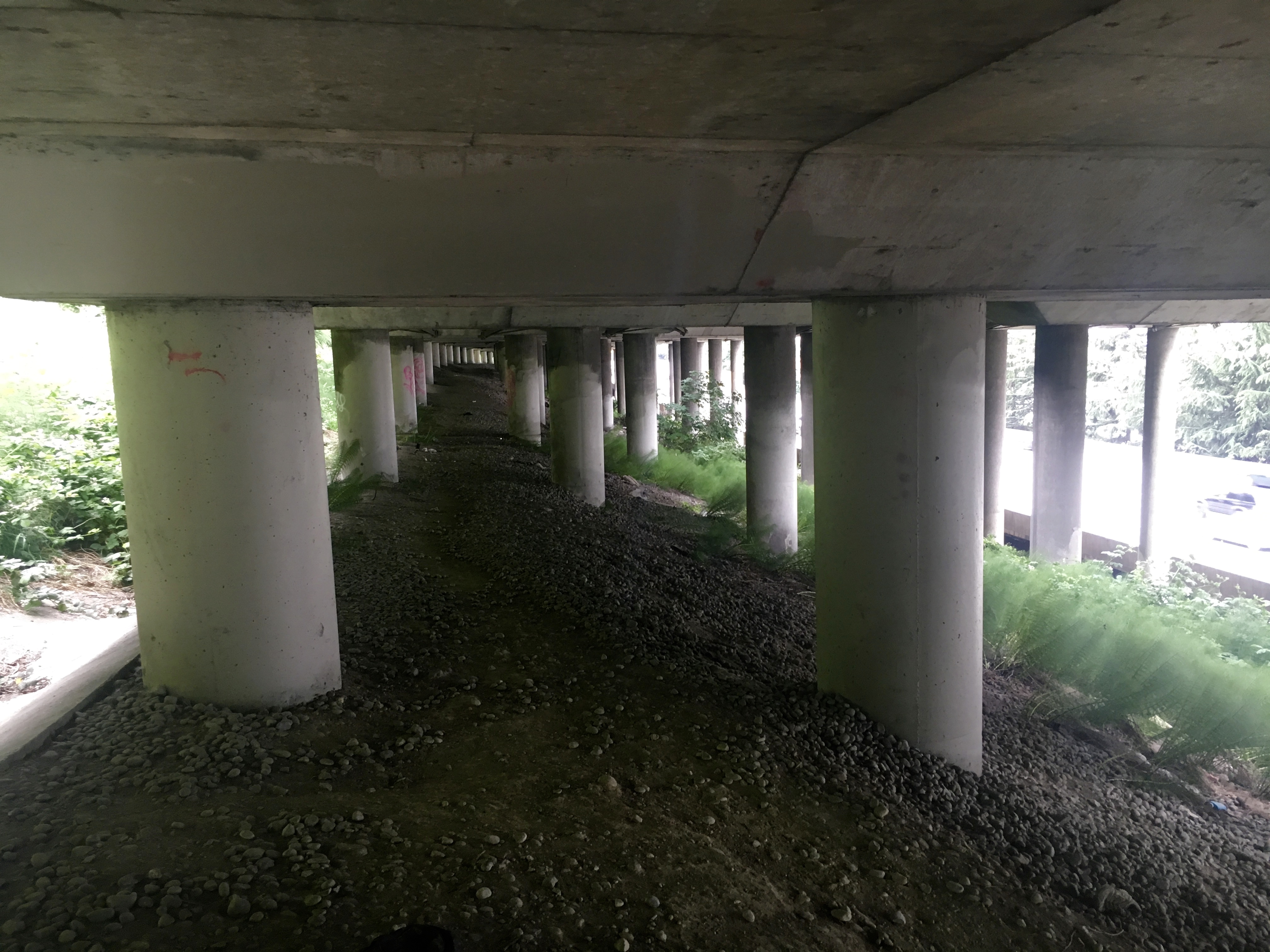 A part of the area under I-5 where homeless have gathered for years.

In a show of unity, the Seattle City Council passed a resolution Tuesday that aims to re-write Mayor Ed Murray's plan for the greenbelt known as the Jungle, home to hundreds of homeless.

Although non-binding, the resolution calls for an approach that prioritizes meaningful offers of services to the people living in the greenbelt over the mayor's sense of urgency about moving people out more immediately.

Despite calls from several councilmembers to wait a week so that community voices could review the resolution, the measure passed unanimously.

The action was borne out of pushback to Murray and Gov. Jay Inslee’s plan to clean up the so-called Jungle — the vast space beneath I-5 and along Beacon Hill. The main complaint about the plan: Where will the people go? While resistance from groups like the ACLU and the Public Defender Association came as little surprise, it was perhaps a rude welcome home to Murray (who was in China when the plan was revealed) that a frequent ally on the Seattle City Council, Sally Bagshaw, was also publicly voicing skepticism.

In a statement, Murray thanked the council for the resolution. "We will continue to work closely with councilmembers to address the public health and public safety issues that threaten the lives of those experiencing homelessness [in the Jungle], many of whom are suffering from mental health challenges or addiction," read the statement.

The original plan from the mayor and governor prioritized early action, the result of the Murray’s zeal to remove people from harm's way and to tackle an issue that has plagued many mayors before him. Under the so-called Joint Action Plan, workers would conduct some two weeks of intensive outreach before the area would be cleared in a massive cleanout. According to several residents of the Jungle, that date was June 6. Once cleaned, the space would be condemned. How the city and state would keep people out was a major question mark, although it would likely have included some combination of a fence and law enforcement.

But for Bagshaw, the plan was not good enough. “Chasing people from one point to another is not going to solve the problem,” she said at Tuesday’s meeting. Since her re-election last November, the councilmember, who is chair of the Human Services and Public Health Committee, has been zeroed in on all things homelessness. Her priority has become building a system of 24-hour shelters — ideally, she’s said, 1,000 beds in any and all vacant spaces. “I don’t believe 11 hour shelters are meaningful,” she said Tuesday. When and only when the homeless no longer need to consider basic survival, the argument goes, will they be able to commit the time and effort to get off the streets for good.

The timing built into mayor’s plan and her hope for a more comprehensive shelter system do not necessarily align. It was with this in mind that Bagshaw introduced the framework for a new plan.

Unlike the original talk of a deadline, this new resolution ties removing people from the area to the success of the outreach work. “Neither residents of the Greenbelt, nor their possessions, will be removed from the Greenbelt until meaningful offers of appropriate shelter, housing, or alternative spaces in authorized encampments,” it says. Outreach workers will be required to have made contact with every person there — using “religiously and culturally appropriate practices" — and document what types of services and housing have been offered. They will then have to report all of this back to the council.

When a person is going to be required to leave, the council must be notified three days in advance and provided information about how many will be moved.

The resolution also doubles down on demands for trash and needle disposal, something that several councilmembers have advocated. The Mayor’s Office has argued that providing trash disposal would be a logistical challenge, but that argument clearly fell on deaf ears.

Councilmembers Mike O’Brien, Lisa Herbold and Kshama Sawant all advocated for holding the resolution a week in order to let more community groups, like Columbia Legal Services or the ACLU, to weigh in. “I’m concerned that we are making a commitment to work collaboratively … and day one we’re starting off on a foot that does not honor that,” said Herbold.

Sawant also drew attention to the fact that this resolution does not necessarily elicit any city action, but instead represents more a statement of council preferences or belief. “We should be passing an ordinance,” she said, that would outlaw any cleanups of unsanctioned.

But the majority of councilmembers showed no interest in waiting. “I’m of the mind that this is an urgent and emergent situation and we need to move forward,” said Councilmember Debora Juarez. When it became clear that the council would approve the resolution this week, Herbold, Sawant and O’Brien offered their support as well.

The fact that the council was debating on when, not if, they should approve this particular resolution shows an impressively united front when it comes to homelessness. And while Bagshaw thanked several members of the mayor’s staff for collaborating on the resolution, it’s hard to see that council unity as anything but opposition to the mayor's office.