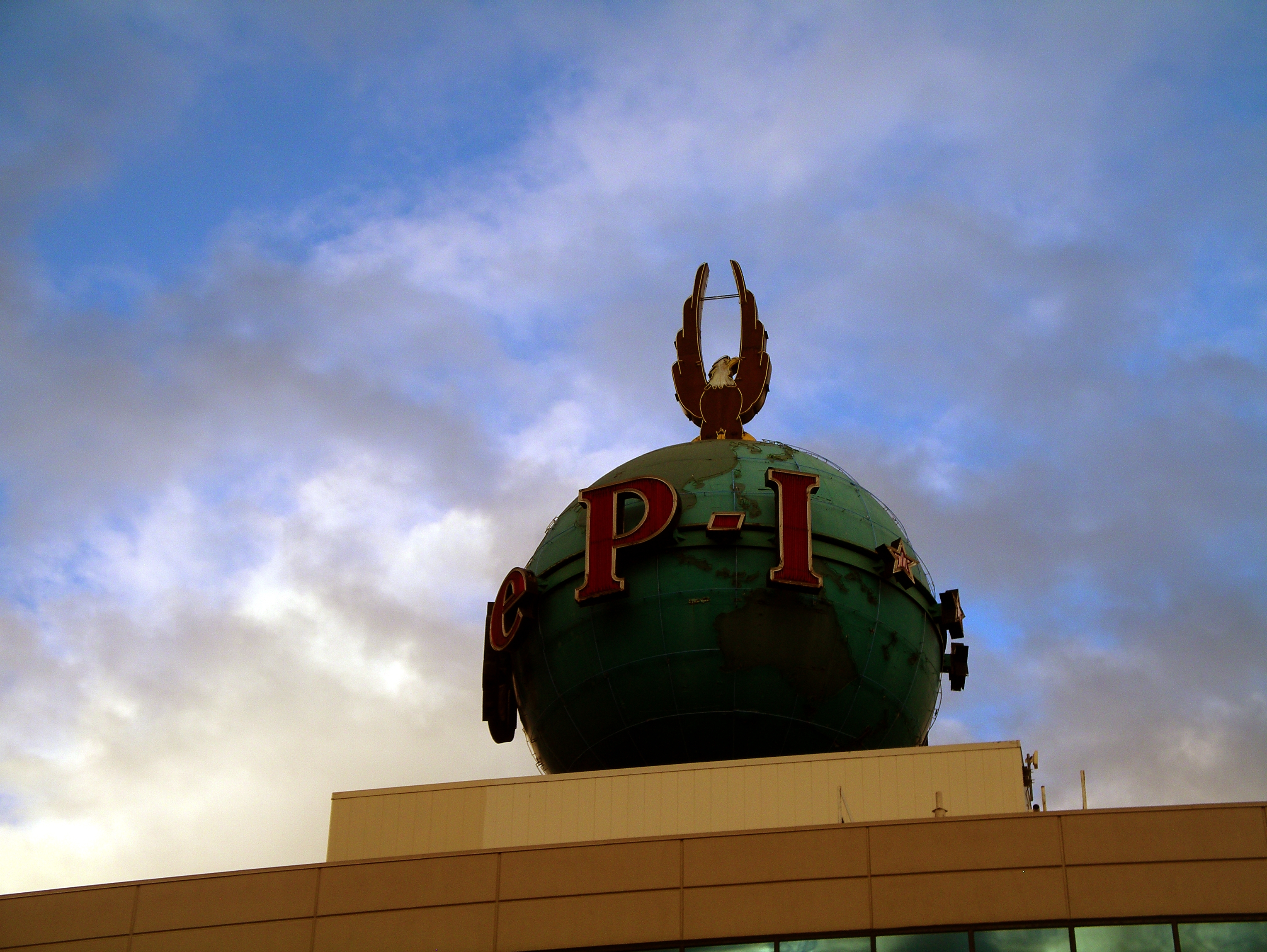 Although the Post-Intelligencer shut down in 2009, a website continues, and its globe remains.

Seattle media is being significantly reshaped, undergoing the impacts of technological disruption every bit as significant as climate change. How people get, digest and disseminate “news” has changed globally, and is being felt locally. Established local media are often having to respond to bruising changes, whether they like it or not.

Examples abound from the past few months. Public radio station KPLU is being sold to competing public radio station KUOW. The sale threatened to close KPLU’s news operation. KPLU’s fans vociferously objected and now have a chance to buy the station themselves, if they can raise the $7 million to do so. The shock of the sudden transaction and impending closure alarmed the public, as people wondered “Why?”

On the heels of that, Crosscut — this nonprofit online Seattle news site — merged with Seattle’s public television station KCTS, which is in the midst of rebranding as Cascade Public Media. That deal came soon after KCTS layoffs last spring that saw many members of the station’s production staff leave. This merger didn’t result in a newsroom closure for Crosscut. Instead, its resources were boosted. Still, the deal raised questions as to why the two media nonprofits would join forces.

In the meantime, there were major changes for a couple of print standbys. Seattle Weekly significantly cut its editorial staff, which can be counted almost on one hand now. When I was editor of that newspaper back in the early ’00s, it took at least four hands to count the creative staff. The Weekly is now part of a community newspaper chain and a shadow of its former self.

At the end of the year, the Incredible Shrinking Seattle Times — once the monopolistic giant of Seattle print publishing — took another hit, downsizing by 15 staffers — 14 of whom took voluntary buyouts. The Times has sold much of its real estate, pulled in its horns and sits uneasily in South Lake Union: Its old landmark headquarters has devolved into an abode for squatters and vandals while it awaits redevelopment.

The symbolism of folks setting fires in the old Times building is not lost on media members who have seen growth, stability and power wane, and who feel that the reliable old media have been torched by the Internet, social media including Twitter and Reddit, texting, mobile devices and blogging.

The imperative is adapt or die. I feel somewhat lucky in my career because I chose a path of insecurity from the beginning by focusing on startup publications. We worked out of trailers, sat staffers on cardboard boxes and had desks made from old doors. This was before the dot-com boom and stock options. But my startups — newspapers, magazines, even an almanac — had familiar formulas. We launched magazines and newspapers with predictable business models. The challenge was largely in the content or finding a new niche, not the form or formula.

Public radio today is challenged by the fact that you no longer need KUOW or KPLU to get NPR or other public radio content. You can get podcasts on your phone from anywhere. People can tune radio out. Consolidation of resources, and in the case of KUOW, increasing its reach with KPLU’s equipment, helps it mitigate some of the changes and challenges it faces.

KCTS, too, wants to broaden the platforms available to it under a public media umbrella. It has a large television audience, but boosting its commitment to online reporting is a plus. In the words of station CEO Rob Dunlop, the merger with Crosscut “helps us strengthen our journalism chops.”

The Times is increasingly becoming leaner, meaner and more focused on being a newspaper that’s stronger online and not reliant on newsprint. The Weekly has ditched trying to have comprehensive entertainment listings in its pages — those are better accessed online — and is using its precious print space for more stories, important when you have fewer pages. Both are looking for more sustainable economic models.

Still, adaptation doesn’t mean there is no net loss for those who want news. Does Seattle really need one less radio newsroom? Does a smaller Times editorial staff serve us well? Is the online Seattle Post-Intelligencer a better media product than the old print P-I?

One publication that has impressed me with its ability to adapt — and increase its clout — is The Stranger. Its tongue-in-cheek slogan, “Seattle’s Only Newspaper,” is scarily close to the truth these days. It has been an upstart for a quarter century, but has adapted with its Slog blog and has improved its content (it won a Pulitzer in 2012).

But even The Stranger, known for its criticism of the Blethen-family-owned Times, has concerns about what’s happening media-wise in this town. We are losing something with the twilight of the old media, like real journalism. Stranger Publisher Tim Keck tells me the “Seattle Times, a severely damaged publication, does more for our city in a day than Yelp and Craigslist (to pick up a couple of brands that have been around for a while) have done in their lifetimes.” In other words, surviving is one thing, but operating with a real news commitment and resources is something else. Seattle needs that more than ever, and not every new media iteration is going to fill that gap. “Cities are humans’ greatest invention. Cities don’t work without good local media,” says Keck.

Collectively, the local media are crowdsourcing a solution. New partnerships, experiments, cutbacks, all are the order of the day, but as yet there is no single answer to how to improve and grow substantive local news in the new media environment. Change, says Keck, is not just a reality, but has to become part of a media entity’s brand — the expected thing, not the resisted one. “The stakes are high, and local media has to figure it out,” he says.

This article originally appeared in the April edition of Seattle Magazine.