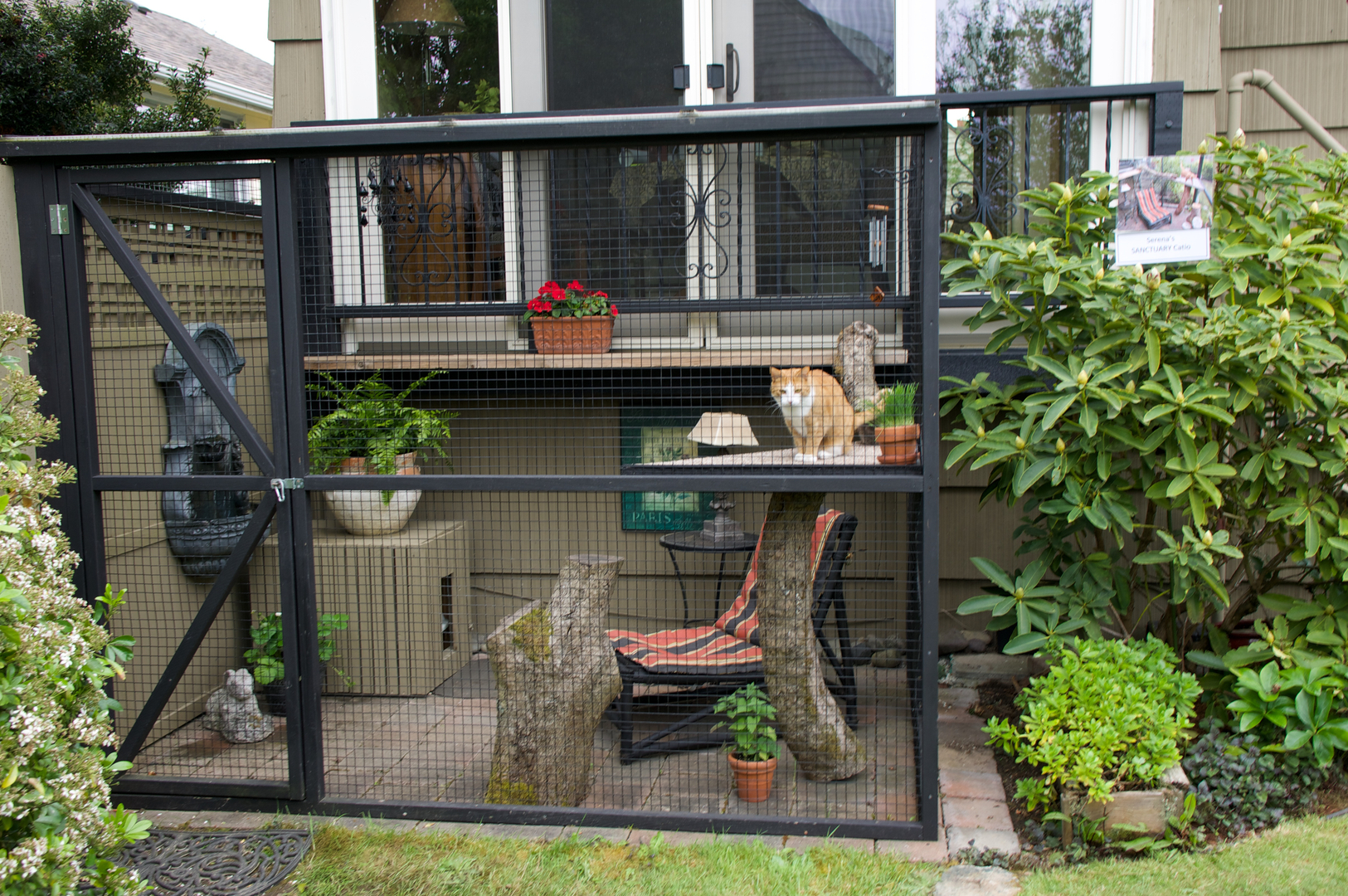 Portlandia is real. A company called Catio Spaces makes Catios — outdoor enclosures for cats — in homes across Seattle. This weekend, you can spend 4 hours with cats and their luxury digs all across Seattle in a Humane Society of the United States sponsored Catio Tour.

“My goals as a catio designer is to create enclosures that complement a home and garden rather than look like a cage,” says Cynthia Chomos, Founder & “Catio Designer” of Catio Spaces. Her newest design, the Catnap Catio, has a six foot bed, a spiral cat staircase, multiple catwalks and cat safe plants.

Can’t make it? Here are some Catimonials.

Everyone I know who has seen this show at the Frye loves it. Life got in the way before seeing it for myself over the weekend and yes, for sure, this show is of terrific, do-not-miss-or-you’ll-hate-yourself caliber.  Whether it’s the evocative, contemplative, decidedly personal paintings of Noah Davis depicting African Americans or the quiet and absorbing films by his brother Kahlil Joseph that also acknowledge contemporary black life, this show is profoundly rewarding in how it reaches and settles into your soul as you move from room to room and witness one powerful artwork after another. 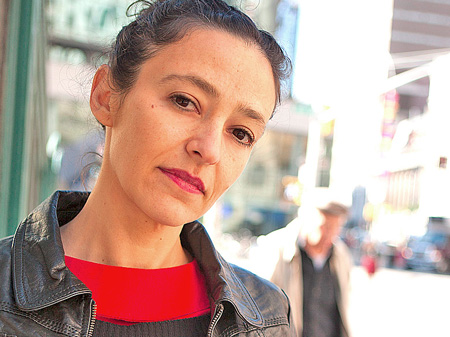 Burst. Shards. Howl. Deep, black blood. These are just some of the words in the first few pages of Lina Meruane’s potent and harrowing novel, “Seeing Red.” Meruane, born in Chile and now teaching at New York University, was first published in the author’s native Spanish in 2012. The just-released English version had me absorbed in imagery I thought could only be found in, oh, a Guillermo del Toro film. Consider the plot: the narrator, a young woman living in New York, is blinded by blind after a stroke. It’s partly autobiographical — and you can find out all about it when the author sits down for a chat (with yours truly) at Elliott Bay.

Puget Soundtrack: Under the Cherry Moon

For those grieving Prince, you're in luck. There are dozens of albums to discover and re-discover and lesser known films, all from one little man’s genius brain. Northwest Film Forum will be showing one of those films, Under the Cherry Moon, this week as part of its Puget Soundtrack series. Local artists Chris Brokaw, Laura Moreau, John DeShazo and DJ Retina Burn will be collaborating on a live soundtrack to the 1986 film. Despite being a critical flop when it was released, the film has become “beloved for its gender-and class-bending humor” and, most importantly, gives us the opportunity to see Prince on screen for 98 minutes. From what I can tell from the trailer, there’s outlandish costumes, lots of sudden glances and make-out scenes, running horses and of course, plenty of Prince’s music and moves to go around. 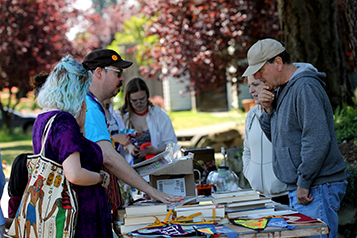 One of my favorite days of the year has returned! Treasures abound in the garages and yards of Phinney Ridge and Greenwood residents who need to get rid of stuff — stuff you just might need. Looking for just the right wall art? A record player? New shoes? The loveliest tiny glass animals? Perfect drinking glasses? I have found each of these items at Garage Sale Day, and I return each year to find treasureS. Check out the flea market (in the PNA lower parking lot) and the Tool Library Sale. Whatever you do, don’t forget your map (printed or phone version) for a guide on where and what to find at over 100 sales.

If you go: Phinney Neighborhood Garage Sale Day, All around Phinney and Greenwood, May 21 (Free)—N.C.

There’s a certain joy in discovering new artists in a favorite art form who you haven’t come across before. That’s why I like dance festivals (one of my favorites, the Seattle International Dance Festival, arrives next month.) And I’m fond of end-of-the-year concerts, when students put all their muscle into delivering performances they hope audiences will remember. The UW’s MFA candidates unveil new choreography in a series all weekend at Meany. 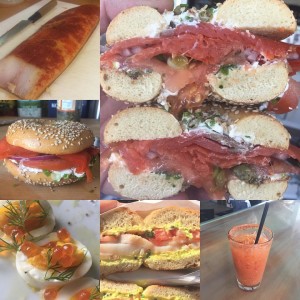 If you’re looking for an ephemeral brunch experience, or you’re a misplaced East Coaster still seeking a decent bagel, head to LoxSmith Bagel Bar Pop-up this Sunday in Capitol Hill. Even if it doesn’t quite compare to your childhood bagel love, you’ll probably enjoy scrutinizing its chewiness and proselytizing about the virtues of your favorite bagel shop, thousands of miles away. And maybe that act alone is your idea of joy. For just ordinary bagel and brunch lovers, enjoy the smoked sablefish signature bagel, which looks incredible and will inevitably sell out. The new business has been popping up monthly, with perfectly chewy bagels showcasing their own smoked fish.