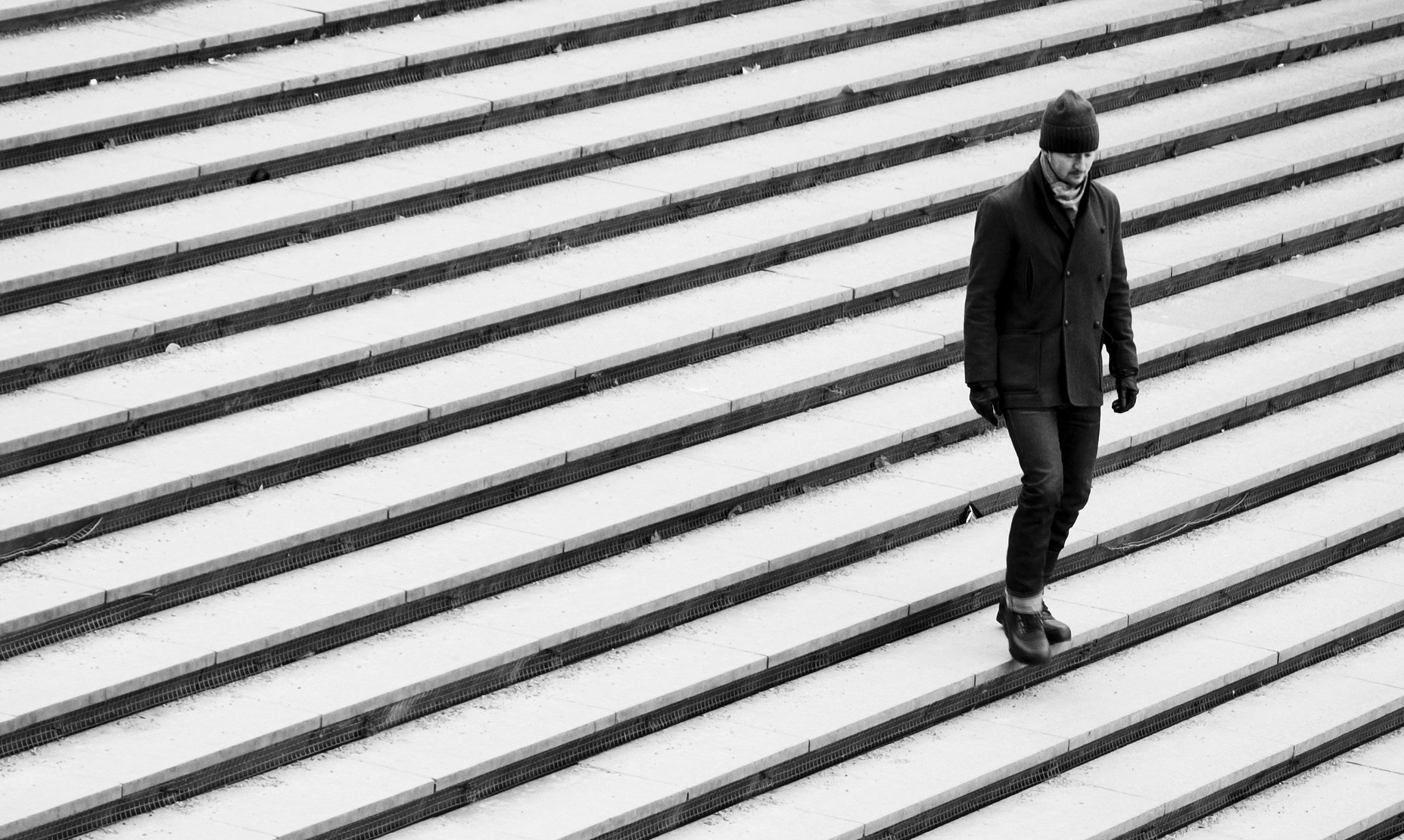 Lola Peters' most recent book jumps into my mind almost every day. I’m trying to figure out or practice her provocative lessons about skin color, culture, my rather-sweeping white privilege and just getting along with the rest of humanity.

Peters, a published poet and a woman of extensive professional and civic accomplishments, last year published a collection of incisive essays on what might be politely called race relations. The book's blunt title is wonderfully indicative of her forceful tone: The Truth About White People.

The truth, of course, hurts. It can lead to self-criticism. And there’s the painful questioning both large and small: Have I lived in a way that was part of solving our problems of inequity? Why, walking around Pioneer Square, did I not immediately assume that the African American guy approaching me was just another smarter-than-me tech professional until he was a few steps away?

Peters writes from a perspective that is African-American, quintessentially American — and international. Her father was an African-American educator and her mother of Ethiopian and Greek descent. She provides fascinating glimpses of the strengths of Ethiopian society and her encounters with the sickness of racism in the U.S.

She sets the stage for that kind of exploration by tackling both the definition of racism and the idea of white privilege. In defining racism as a system rather than an active dislike of someone based on skin color, she takes away, perhaps, some of the sting of accusations of racism – although, necessarily, she also expands the universe of those who need to pay attention. Her concise take: "A racist is the beneficiary of the theory of race, someone who benefits economically, socially, politically, and culturally from the theory of Caucasian racial superiority." And she is clear that none of us is self-made: Society may have moved beyond embracing ideas of racial superiority, but we live with the inheritance in all sorts of ways, from deeply disparate patterns of wealth to unequal housing, health care and educational opportunities.

Her book, then, is really about white people, about me. About any of us who have grown up in a society where, however much we make our own decisions and choices, the advantages tend to go our way. Sure, everyone has his or her own challenges, but the patterns of favor — whether inherited wealth, easier treatment by the legal system, a little more attention in school — tend to go one way.

Her book is knowing observation from the viewpoint of African Americans, the people forced to live with us and then forced to know us well to survive. It's pointed prodding, utterly exasperated but also hopeful, even warm. It asks: What are we as white people going to do about a system that hurts everyone, including the very beneficiaries of "whiteness"?

Peters looks largely at the system's workings in everyday life, where it can be almost unconscious in its operations. But the system is also so sweepingly overt that the Supreme Court has had to build bizarre, close-your-eyes-to-reality legal constructs to justify mass incarcerations of black men and reinstitution of voting barriers — realities that are never far from her thinking.

A slim volume, just 61 pages, Peters’ book is a collection of essays spurred by the police shooting of Michael Brown in Ferguson, Missouri, in 2014, and the Black Lives Matter movement that is helping to take on the systemic issues at all levels. The book began as a series of writings on Facebook, and it has kept an engagingly bloggy tone while providing glimpses of Peters' deeply intellectual thinking. She writes at times with a very conscious attempt to grab and hold your attention: She refers to how white people think, what white people do, generally avoiding any reference to the exceptions that James Baldwin allowed for in his groundbreaking The Fire Next Time. It works because the generalizations keep you focused on her larger points and, however firm she is, you don't lose sight of her own humanity, grace and respect for people of all backgrounds.

In a number of the chapters, she uses her own experiences to illustrate the ways in which ignoring the arrogance of racist thinking ends up hurting everyone, whites included.

Peters grew up blessed with a family of wonderful skills: Her father was an educator with a powerful intellect and an ability to relate to people, her mother had less formal education than he did, but spoke seven languages. And Peters had a wonderful, rigorous early education in Ethiopia. But racism took its toll on her when, after her father suffered a series of heart attacks, the family settled in California, where she would encounter a system of educational mediocrity.

Arriving there, young Lola promptly set a school district record for IQ. (She was tested twice and the results were downplayed, on account of her color. When a white student topped her score a few years later, the record was written up in the local paper.) Her classmates' first questions were how she felt about wearing clothes. It was 1958 and Hollywood's racism was still relentlessly overt: Savages wore loincloths or less. The bright girl fresh from the capital of an ancient civilization, who had started learning both the English and Amharic alphabets by age 4, was utterly baffled.

In adult life, she tells of getting no attention from higher management for workplace problems at the national offices of a major church in supposedly enlightened Boston, and Macy's in supposedly enlightened Seattle, among other places. (An excerpt from the book is here.) The issues ranged from simple refusal to collaborate to outright abuse. She tells of having her concerns about colleagues who gave her problems being brushed aside. Later, those same people would have to be dealt with — they were also being abusive toward other workers, who were white. When that finally happened, lo and behold, a cloud would lift from an entire department's long-bullied workforce.

Peters is perhaps most engaging and original when she confronts the kind of widespread denial applied to our family and societal heritages when it comes to the lives of people of color in America today. "Slavery was a long time ago" — a phrase that has been invoked a lot recently — becomes the name of a chapter in which she invites readers to look seriously at how we have gained or lost opportunities because of family history.

With a clever variation on the familiar charting of a family tree, she outlines a very practical approach to thinking about how any of us may benefit from racism, past and present. Her "social history map" exercise gets you to think about the plusses and minuses of everything from grandma coming into money to having an ancestor born out of wedlock at a time when that would have limited a child's educational opportunities. She presents her own chart, frankly outlining ways not just disadvantages but also how her family benefitted from prevailing social structures.

It will be a challenge, however, to get much of America to acknowledge that it has things pretty good or that, in any serious sense, racism still exists. The current political campaign has, after all, exposed Americans’ readiness to indulge in self-pity and a sense of grievance along ethnic and religious lines. Listen to some of the candidates and you'd think that it's not just slavery that was a long time ago but, supposedly, any kind of prejudice, discrimination or even favoritism in housing, hiring or educational opportunities. (Peters is, by the way, no fan of welfare, referring several times to the way it mainly provided jobs to social workers without providing real economic benefits to African Americans. Maybe that's grounds for engaging some of those conservatives of goodwill who are preparing to flee the collapsing Republican Party.)

Seattle is less obdurate on such questions than other parts of the country. And Peters, who came to the Northwest in 1998, makes it clear that she loves Seattle — but we aren't going to be let off the hook no matter how politely liberal we are, especially if we are friendly to good causes but happy to leave the risk-taking to people of color. (It seemed to me telling that the Black Lives Matter disruption of a Bernie Sanders campaign event here provoked considerable anger from some of his supporters even though, for all appearances, the protest seems to have had a lasting benefit in making him pay more attention to issues facing people of color.)

With all of the campaign's attacks on immigrants, there was a special resonance to Peters' recounting of the ideologies of racial superiority that emerged from Europe under the guise of science, and the British Empire's use of race in justifying its conquests. In a section that spoke to me as someone raised to think of himself as Irish American (literally a half-truth), she turns to the arrival of the Irish in this country. As she notes, the first Irish immigrants understood the plight of African Americans at the hands of a largely British-descended social elite here, even forming some early political alliances with black Americans. But it soon proved all too tempting for later generations to side with the white establishment. As Baldwin recounts with horrifying clarity, the Irish American-dominated police forces of the East Coast became instruments of brutal, ongoing repression of African Americans.

Whatever progress we've made, the history has carried forward. Whether in terms of schools, inherited wealth or networks that provide job opportunities, I certainly came out more a winner than a loser. We should all celebrate what we've been given. Peters certainly does, but she recognizes a sense of obligation that comes with advantages.

As she writes, though, people of color have had to do too much of talking about what they have experienced. There is no excuse for the rest of us to leave the work of confronting what is left of conscious racism or overcoming the lazy thinking that if people tried hard enough, they'd be where we are socially and economically. We know we are a long way from providing adequate schools or even maintaining economic opportunity. The same sense of obligation Peters applies to herself ought to apply to all of us who have enjoyed advantages.

Her book, for all its bluntness, is also about the hope that "white people, especially Millennials, will recognize the need to change their own paradigm." It ought to be on all of us to figure out how to move forward, day by day. I haven't figured out what all that means. But I'm determined to keep trying.

You can read an excerpt from Peters' book here.

This story has been updated since it first appeared to correct the profession of Lola Peters' father.