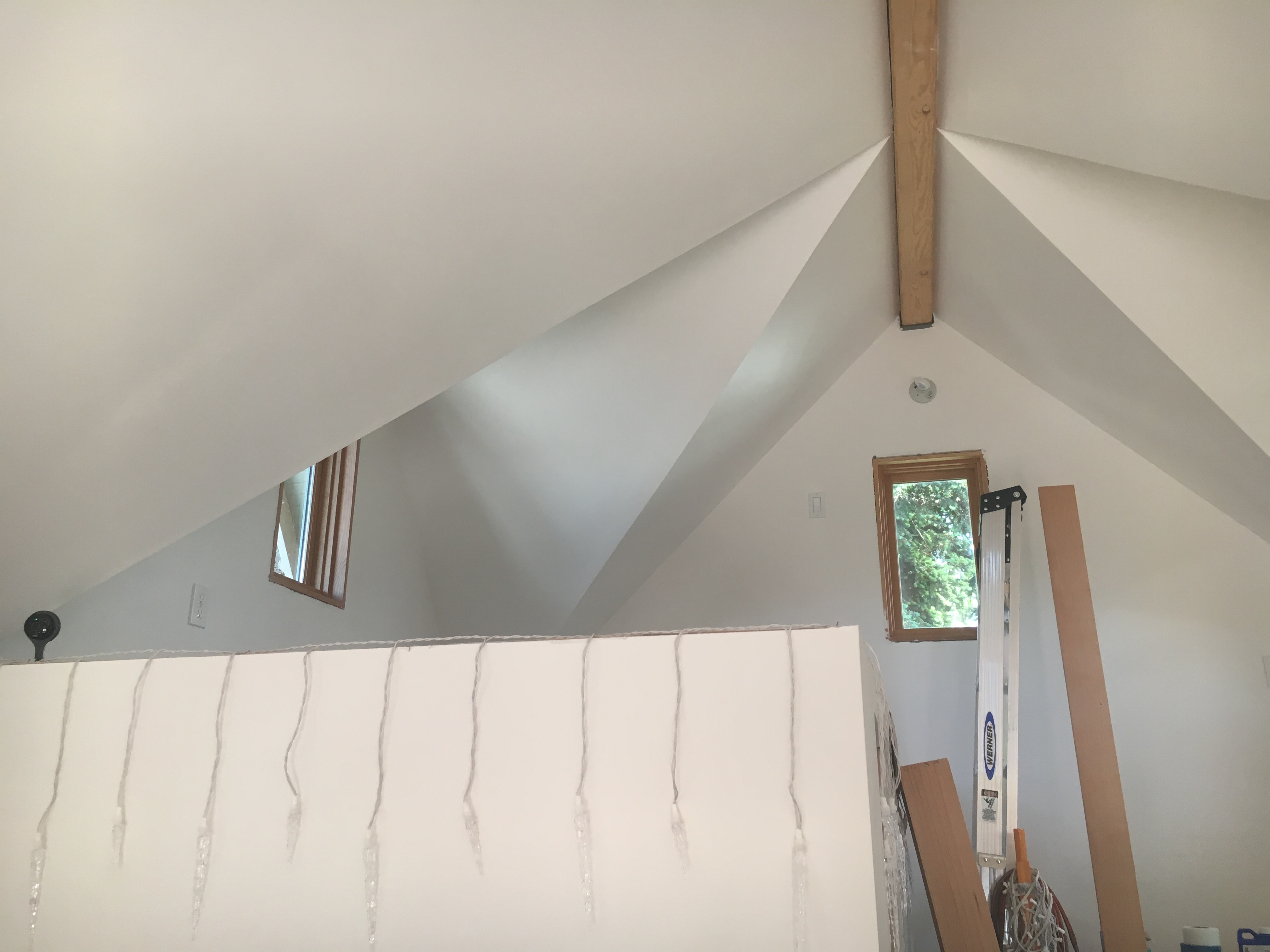 A case in Ballard illustrates the kind of issues and opportunities that O'Brien hopes to address.

Although Janice Reebs plans to use her new mother-in-law unit in Ballard as an art studio, she hasn’t ruled out renting it in the future. The space is cramped, but it would certainly be a nice find for someone who cares more about location than living quarters. Reebs has planted bamboo in her yard which has grown tall, creating a sort of secret garden feel. It's fairly close to both Golden Gardens and downtown Ballard. Considering the price of housing in the area, renting the space from Reebs could be a sort of Trojan horse way for someone of getting into an expensive part of Seattle.

Still, there’s something a little awkward about the studio. Working with architect Sheri Newbold, Reebs hoped to put a loft above the bathroom. But height limits made the sleeping area short — so short that you’d hit your head if you sat up from bed. The total space is only about 300 square feet over a 477 square feet workshop. She and her husband couldn’t go larger because the current city rules limit accessory dwelling units or detached accessory dwelling units, the city's technical names for backyard cottages and mother-in-law units, to 800 square feet — including any garage or workshop space.

O’Brien blames cumbersome restrictions like the height and space limits for restricting potential development on lots like the Reebs' property, something that has emerged as a problem as Seattle’s population and housing prices have grown.

By the City of Seattle’s estimates, 75,000 lots have the space to add an ADU or DADU. And yet, there are only about 200 of them in the city. For many in the city, the under-development of these add-ons represents an untapped well of relatively cheap housing. Promoting their construction is a potential compromise between people who would like much more radical development inside Seattle’s sprawling single-family neighborhoods and those resistant to dramatic change.

ADU/DADU reform was a tenet of the recommendations from the Housing Affordability and Livability Agenda released last year. But Mayor Ed Murray's HALA group tied the backyard cottage and mother-in-law revisions to changes in single-family zones, which turned out to be politically explosive, and the recommendation was dropped when Murray retreated from the other single-family zone ideas. That was a slightly confusing turn of events because, unlike the proposal to allow more duplexes or triplexes in single-family zones, backyard cottages  were not met with nearly the same amount of scorn.

The one piece of reform that met and will again meet the most controversy is the so-called owner occupancy requirement — that the homeowner must live in either the main house or the ADU. The two main arguments from proponents of this requirement is that it deters out-of-town developers from gaming the single family zone and ensures a more neighborly, less transient vibe.

O’Brien believes blaming renters for ruining the character of the neighborhood is unfair. He also seemed skeptical that outside developers are waiting in the wings to pounce on bigger ADUS, but the new legislation nevertheless aims to satisfy these concerns, voiced quite vocally by the Ballard residents in his district. So, rather than repeal the owner-occupancy requirement entirely, his proposal would require the homeowners live on the property for a year following the final inspection of a completed ADU.

The new legislation would also do away with off-street parking requirements, which add space constraints and cost. Brian Onstat, owner of Ballard Remodel and Reebs' contractor, said dropping the parking mandates would be a huge relief and money-saver.

As far the space itself under O'Brien's proposal, ADUs could be 1 to 2 feet higher and 200 square feet larger, not including the square footage of the garage or workspace below. Families could also build both a backyard cottage and mother-in-law unit and do so on lots as small as 3,200 square feet, down from the current 4,000 square feet requirement. The proposal would also allow building coverage of a larger percentage in cases where one-story backyard cottages are built.

At a public discussion on the subject last December, one man brought up the cost of getting a sewer hookup for an ADU, something O’Brien and others seemed surprised to hear. This legislation does not answer that question.

Skeptics like Susan George of the Broadview Community Council remain concerned about encroachment of the backyard cottages on neighbor’s property. She was worried Thursday that the new bulk would threaten the privacy of homes nearby and, in neighborhoods like her own, crowd properties.

Contractor Onstat didn’t think the change would be noticeable enough from the outside to justify those concerns.

In O’Brien’s dream world, the opening up of the backyard cottage would lead Seattle down a path laid by Vancouver, adding 7,500 to 8,000 units over the next 10 years as the Canadian city already has done. It’s hard to know if that will actually happen — there are no official estimates. But Onstat says he’s seen a significant uptick just over the last six to eight months in number of inquiries for backyard cottages. So much so, in fact, that he’s booked out until December on projects like these.

When asked if he thought loosening these requirements would add to demand, he said, “Absolutely.”