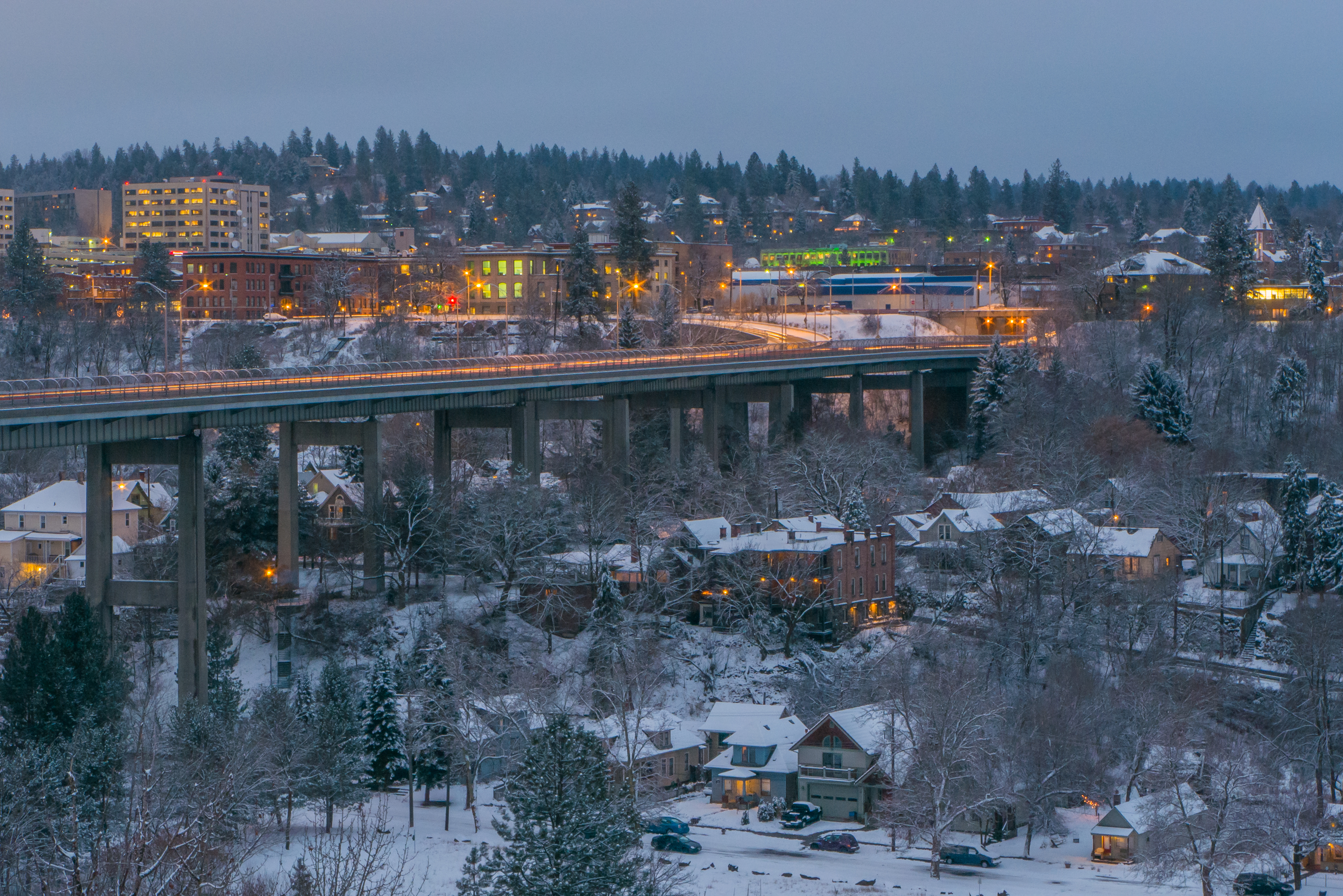 Spokane, a growing hub for medical education and research in Washington.

The epicenter of medicine, research and education in Washington is the Seattle area, with multiple renowned hospitals and universities. But as another hub continues growing in Eastern Washington, there are hopes that more doctors will reach the state's underserved rural areas.

Vital to this growth, however, is getting newly trained doctors to practice beyond just Spokane, addressing the health care shortage in the state’s rural regions.

The Spokane area has long been Eastern Washington’s medical center, in part due to UW efforts. WWAMI — the UW’s five-state medical education partnership that includes Washington, Wyoming, Alaska, Montana, and Idaho — originally found an Eastern Washington partner in WSU, but that partnership ended last year when WSU announced the plan to open its own medical school.

While nurse practitioners can work independently, physician’s assistants cannot work without a physician, which makes their high concentration in rural Washington less useful than it could be. The hope for both the new WSU medical school and the UW-Gonzaga partnership is to educate more physicians who want to practice in historically underserved rural areas, ideally making this distribution more equitable.

“If you look at the underlying problems of the shortage in rural areas, it is distribution or money,” said Robert Crittenden, Gov. Jay Inslee’s policy advisor for health reform implementation. “The benefit for Washington will be WSU training people to return to rural areas. The people who are best at that are the people who have themselves worked in rural areas and local communities.”

But the question remains about whether or not medical students trained in Eastern Washington will want to stay there to practice after graduation.

“The further out you get into rural areas, the worse the shortage gets,” said Dean Larsen, CEO of the Spokane County Medical Society (SPCMS). “It’s a hard sell to get doctors out in those areas because they come out [of medical school] with the same debt as their peers, but the payout there is less and you have to do a lot more. It’s scary and challenging.”

Larsen and Suzanne Allen, vice dean for Academic, Rural and Regional Affairs​ at the UW School of Medicine, emphasized that most medical students end up working where they received their training.

“We keep a lot of our students in the area; over half of our students stay in Washington,” Allen said. “The more time you spend in one location training, the more likely you’ll stay there.”

Kenneth P. Roberts, vice dean for Academic and Community Partnerships at the new WSU medical school, said addressing the rural health care shortage is a multi-faceted problem, one that is at the “heart and soul” of the school’s efforts.

“We need to create a pipeline for accepting students from those smaller [rural] areas,” Roberts said. “The admissions process can help us identify students who are passionate about practicing in the areas they are from.”

But Allen and Larsen also agreed on the missing key factor for retaining even more students: GME, or residency programs. What Allen called the “final piece of the pipeline,” residency training is the stage of education in which doctors choose their focus or specialty, like pediatrics or psychiatry. Most of that happens either outside of the state or in Western Washington though, not Eastern.

“Medical education is only the beginning point,” Larsen emphasized. “If we train [doctors] here and we don’t have graduate medical education, and we ship them out to the Midwest or the East Coast, it’s going to be a hard sell to draw them back.”

According to the 2011-12 WWAMI study, only 20 percent of Washington physicians completed their education in the state, as opposed to 63 percent of the state’s nurse practitioners and 39 percent of physicians’ assistants.

According to Roberts, the amount of Washington doctors who did their residencies in the state is comparable to those who didn’t. The key to retaining doctors to practice in the state is having them do both their medical school and graduate educations here, he said.

“We know we need more medical residency programs in Eastern Washington, and we’ll continue working on it,” Allen said. “I know that the medical community in Spokane is interested in working with us on trying to increase opportunity. It’s going to take more than Spokane though, but rather the whole state.”

“Really it’s a matter of winning hearts and minds, advocating for physicians and physicians’ assistants in our area to participate in some way,” Larsen said. “The more people involved, the more distributed the workload.”