While city appeals, UW plans to knock down historic building

The battle between the city of Seattle and the University of Washington over the city’s landmarks ordinance is not over. But in the meantime, UW has applied for a demolition permit to knock down the building at the center of the debate.

A King County judge ruled in April that the UW is not covered by the landmarks ordinance as written, giving its Board of Regents more leeway in deciding whether to demolish or modify historic buildings. The city has appealed that decision to the State Court of Appeals, but will not ask for a stay of demolition on More Hall Annex — aka the Nuclear Reactor Building — a structure on the state and national historic registers.

The case has high stakes for the city, and could decide whether city land use regulations apply to the UW campus. The dispute was sparked by the desire of preservationists to protect the annex, which UW wants to demolish for a new Computer Science and Engineering complex. Three preservation groups—Docomomo-WeWA, Historic Seattle and the Washington Trust for Historic Preservation— submitted an application to the city landmarks board to protect the structure. The UW sued, claiming that the city had no authority to regulate landmarks on campus.

The pro and con arguments framed the disagreement in grand terms. The UW claimed such local regulations violated the university’s autonomy, state law, legal precedent, and the state constitution. The city countered that the UW was obliged to follow local regulations per state law and the Growth Management Act. If they were exempt in this case, the argument went, the UW and other state universities could be exempt from other local regulations, opening university properties across Washington to development without local approvals. The UW claimed its educational mission put it in a special category, while the city argued it was just another state agency subject to the same rules as the others.

The King County Superior Court judge in the case, Suzanne Parisien, did not resolve those big issues with her decision. Instead, she found narrowly that Seattle’s landmarks ordinance, as currently written, does not apply to the UW, because the university is not an “owner” or “person” under the wording of that law. That resolved the issue in the UW’s favor, essentially green-lighting demolition of the Nuke building. Indeed, the UW applied for a demolition permit in early May.

The city will not ask for a stay of demolition, pending their appeal. The Landmarks nomination is “on hold” and the city has made no judgment on its merits—the original suit was filed before landmark status could even be considered. In other words, the city is appealing based on the court’s interpretation of the law, not on behalf of the landmark. It’s likely the appeal, which will be heard before a three-judge panel, won’t get its day in court until early 2017. Unless a stay is issued to prevent demolition, the Nuke building will be history by then.

It is unclear yet whether the other organizations that are part of the case — DocomomoWeWA, Historic Seattle and the Washington Trust — will seek to halt demolition.

In the shorter term, the decision raises legal questions about the city’s landmarks ordinance as written. If the UW is not covered by the ordinance for the reasons cited by the judge, are other public entities also not covered? The Seattle School District, for example, has a large inventory of current and potential landmark structures, and has long chafed at preservation requirements.

Other public entities might also question whether it applies to them. While some see Parisien’s ruling as a clever dodge on the big legal issues while giving the UW a path forward on a technicality, it also potentially opens a can of worms for preservation.

Assistant city attorney Roger Wynne says in an email that the city welcomes “the opportunity to clarify the law underlying our valuable relationship with UW, and will continue to work with our partners there to craft solutions that work for them and the rest of the community.” In other words, even while arguing in court, the city hopes to continue an amicable relationship with UW relating to many other growth-related issues.

The UW for its part has no comment on the city’s intention to appeal. “We’re going to wait on commenting until there’s something to comment on,” says Sally Clark, the UW’s director of regional and community relations. 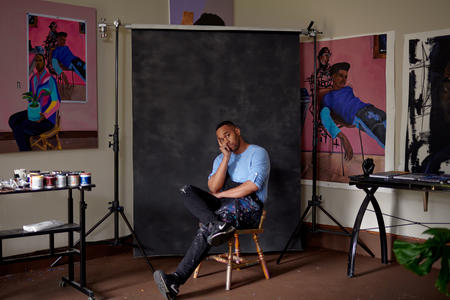