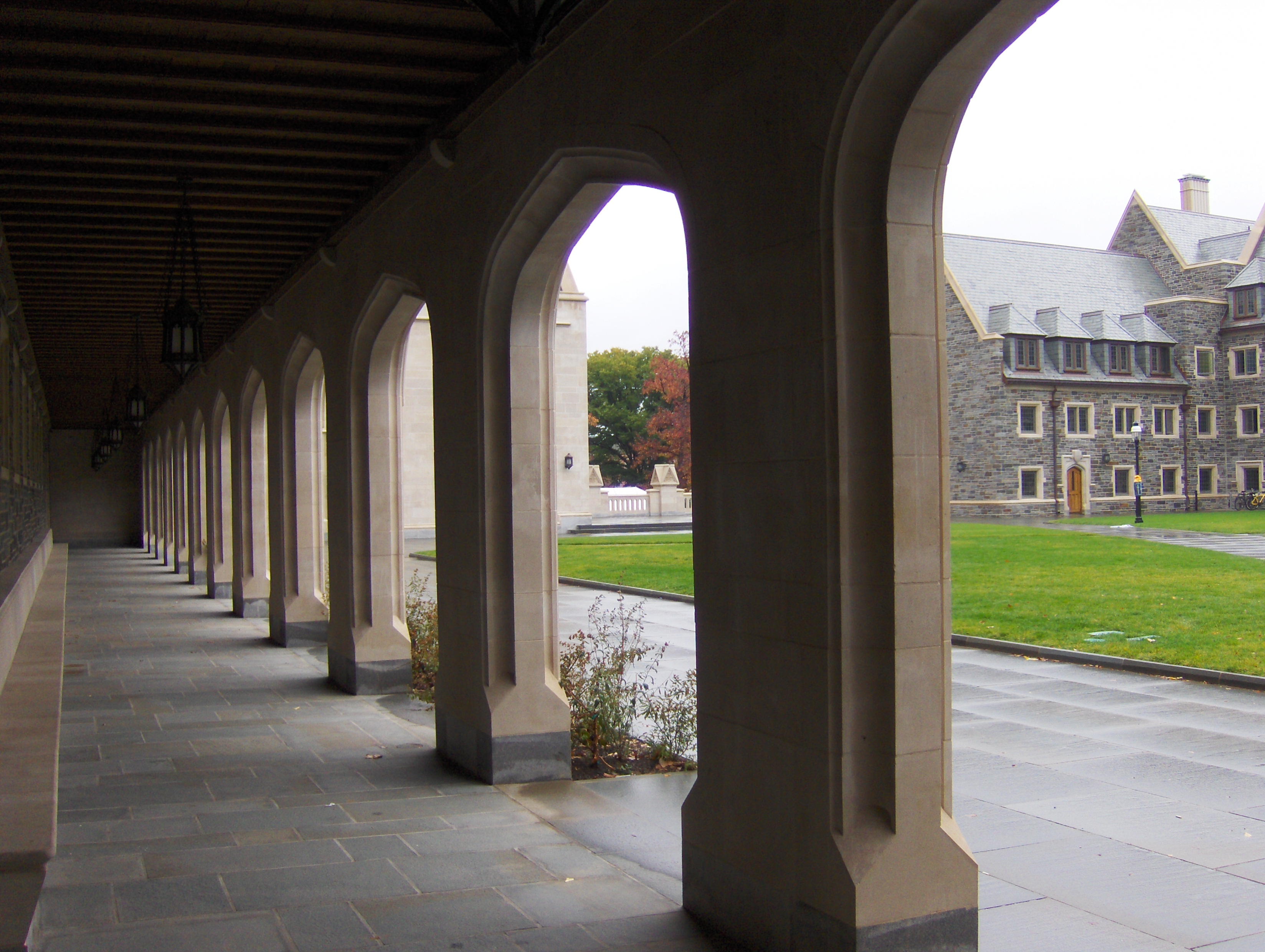 I recently returned from a 3,500-mile road trip through the American West. By western standards, that’s a jaunt: seven states, multiple national parks, Indian reservations and historic sites. While Seattle was experiencing Viadoom traffic, we traveled roads that were empty in both directions horizon-to-horizon.

It was humbling to visit sites along the old Oregon Trail, the original conduit for 19th-century settlers to the Pacific Northwest. There are places where you can still see original wagon ruts scarring the land, prairie valleys where you can hike where the immigrants persevered and meadowlarks sing. We drove in two weeks a distance the pioneers did in six months or more back in the 1840s as they fled economic downturn, disease, and displacement.

I would collapse onto a comfy motel bed after a long day at the steering wheel feeling like I’d accomplished something and earned my road fatigue. I cannot imagine the sturdy stubbornness of the folks who came out on foot and by wagon. I complained about diner food. They burned crude calories hauling their families and worldly possessions over mountains without benefit of a Subaru.

One of the places we stopped was a critical nexus point of Northwest history: the Whitman Mission. It’s a shrine to the Anglo-European origin myth of the region. Nearby Whitman College has recently announced it is going to change the name of it mascot from the Missionaries to something else, saying the term is “divisive.” The Whitmans — most known for being cut down by Cayuse Indians in a massacre that shook the nation in the 1840s — are again being cut down by a reevaluation of their status in 2016.

Marcus and Narcissa Whitman were Protestant missionaries — Narcissa is believed to be one of the first two white women to cross the continent — who established a mission outside of what is now Walla Walla in that 1830s. Our region was then not part of the United States — the Whitmans and a small group of other missionaries had been sent to civilize the place by the American Board of Commissioners for Foreign Missions.

Foreign Missions was correct. This was Native American land, but also the subject of competing foreign claims by American and European powers. A ranger at the mission — now a National Historic Site run by the National Park Service — reminded us that in the 1830s, Utah was still part of Mexico. What is now Washington state was disputed between the U.S. and Great Britain who, at that point, had agreed to disagree.

No one built a wall here, and undocumented immigrants flowed in. The Whitman Mission offered a kind of way station. You find secular echoes of those today on the road. Like Jackpot, Nevada on the Utah border where we stopped in our wanderings. It serves truckers at a confluence of highways: gas stations, motels, diners, and, it being Nevada, a sign promising “24 hour Ladies.”

The straight-laced Whitmans sat at the end of an Oregon Trail spur where weary pioneers could find temporary sanctuary and road service. They could get medical help (Marcus was a doctor), spiritual sustenance, and a good blacksmith to repair battered wagons so folks could make the last push down the Columbia River to the end of the trail. Stragglers who missed their weather window might winter over, sheltered and fed by the Whitmans. The couple also adopted children who had lost their parents on the journey west. They had a burial ground for those who arrived ill and never left.

And while the Whitman Mission was a mere stop on a spur, the couple came to symbolize the western grit that settled the Northwest. During the Twilight of the Pioneers a century ago, when people still had dim living memories of this era, the Whitmans were raised to regional iconic status as founders, as sure as George Washington and the Pilgrims.

That was partly because of their martyrdom: In 1847, Marcus, Narcissa and a dozen others were slaughtered by members of the Cayuse tribe.

There were good reasons for the massacre, some of then rooted in the Whitmans’ rigid ways, others in misunderstandings. Before the Whitmans arrived, tribal leaders in the area, notably the Nez Perce chief Heeyuxc tohon (Rabbit-skin Leggings) had ventured east to St. Louis to discover the source of power of the white people. He was given a Bible. The tribes were nervous about growing numbers of immigrants coming into the region, and they suspected the Whitmans were part of a grand plan to steal their land — the Gospel-resistant Cayuse were no fools about the implications of Bible-toting agents of Manifest Destiny.

Whitman was also suspected by the natives of having poisoned members of the local band, and his failure to cure Indians of disease suggested a sinister purpose. In claiming the power of God, the Whitmans had perhaps claimed too much for themselves. When a measles outbreak brought by wagon train killed half the local Cayuse band, some had had enough of such genocidal magic. Tomahas, a Cayuse chief, led the attack and butchered Marcus with a tomahawk. The mission was burned to the ground.

There was a time when every school child in the state learned about the Whitmans. Their pioneering ways were more emphasized than their religion, which is appropriate. Religion played a role, but not a principal one, in the settling of the Northwest. Unlike New England we were not flooded with religious refugees; unlike Utah we were not settled by the Mormons; Spanish missions did not stretch up the coast into the Oregon country.

We are still one of the most secular, non-church-going regions in the country. Yet, of Washington state’s two statues in the U.S. Capitol’s famed Statuary Hall, both are religious figures: Mother Joseph, a do-gooding Catholic sister of the 19th century, and the missionary Marcus Whitman.

That Whitman College is changing its mascot name is indicative of a reconsideration of the Whitman legacy. The Whitmans sought to make converts and neither spoke the local language or participated in social interactions that might conflict with their reading of the Bible. The park ranger told us that many disputes among the local tribes were settled by playing the “stick” game, which the Whitmans considered the sin of gambling. Some disagreements and frustrations might have been settled, and tensions diffused, if Marcus had loosened up a bit, but then given the hardships of establishing a mission — building a mill, turning desert into farmland — the stubbornness that made him successful in one arena perhaps did not lend itself to flexibility in another.

Still, Whitman College is a secular institution and has concluded that the mascot name Missionaries is not in keeping with an inclusive institution — nor would it seem to be an intimidating name on the field or court. A working group at the college concluded the name was  “offensive” to many and that college athletes avoided references to it out of embarrassment. Some also believed that it led people to believe that the college was a Christian school.

Most students, faculty, staff and alums seem to agree. A vote on a new mascot is expected this fall after a summer of considering possibilities.

After the massacre, the Whitman mission was shut down, as were other missions nearby, where relations with tribes were friendlier. The Oregon settlers stopped coming through, coyotes scattered the victims’ bones, and the military took up temporary residence in order to crack down on the natives, resulting in the Cayuse War of 1848-50.

Today, the site is more graveyard or memorial park than anything else: a giant white obelisk stands on a mound to memorialize the Whitmans, but that mound is also a burial site for Native American remains, as it was for centuries before the missionaries came along — a reminder that history did not start with Marcus and Narcissa. A nearby mass grave contains the bones of the mission massacre victims that the coyotes left behind, including, it is said, Marcus’ battered skull.

The Whitmans have lost some of their iconic luster. The National Historic Site seems stuck in an old wagon rut, celebrating a history that seems ripe for a rethink, just as the folks at Whitman College have started to do.