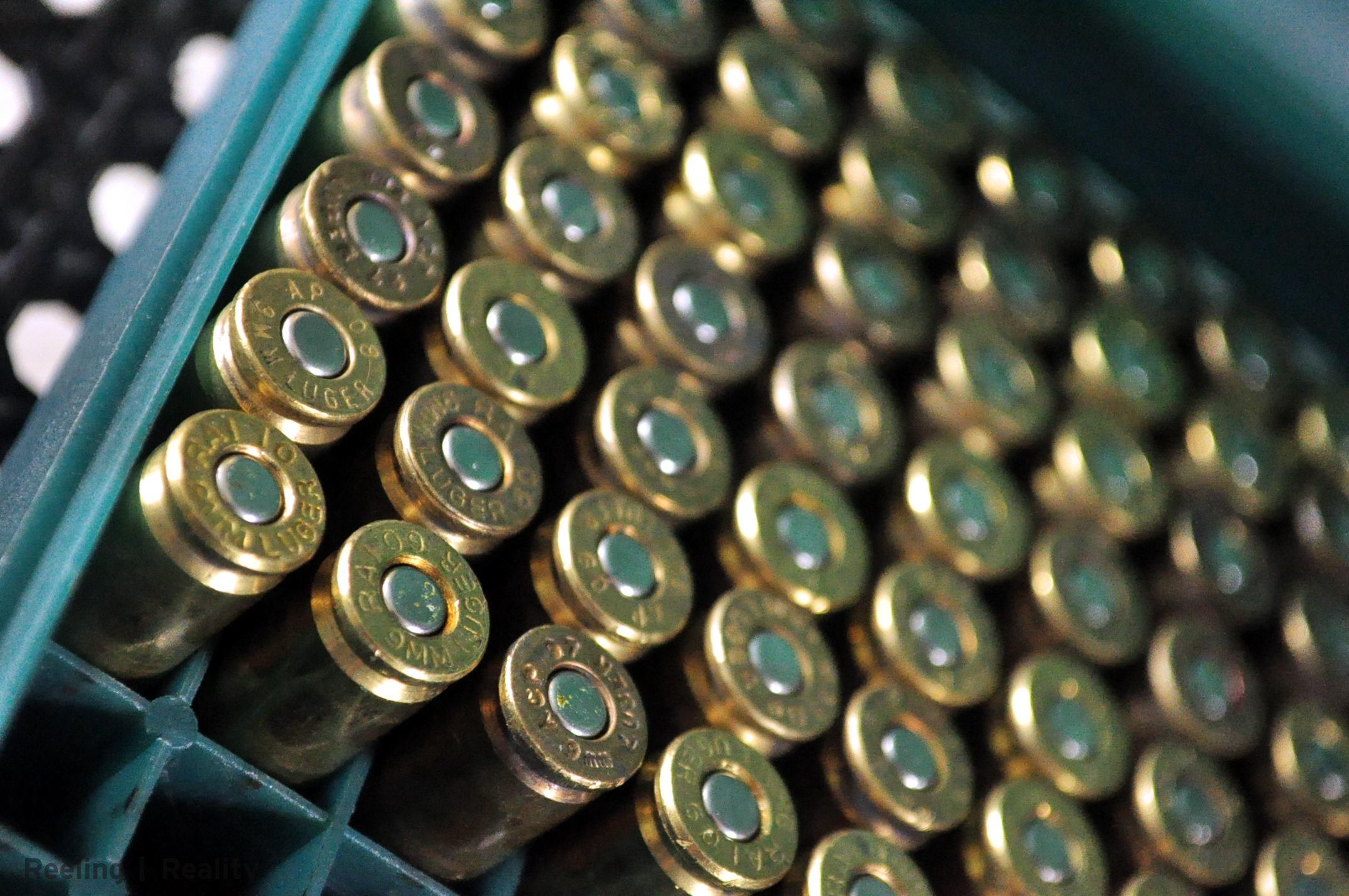 On the evening of Sunday, May 15, a man called the police to say he’d heard fifteen cracks outside his Central District home. A small group of people were shooting at each other — some with pistols, others rifles. They were not good shots, it seems, as all the bullets but one missed their targets, traveling instead into parked cars and the walls and windows of a nearby house. Shell casings scattered the ground around 28th and Jackson, an unfortunately common place of violence near Flo Ware Park and the Seattle Girls School.

The man who was shot, 28, was dropped off at Harborview, not in an ambulance, but a black Camaro. The driver quickly left.

The incident was one in a surge of gun violence over the mid-May weekend in and around the Central District. On the Saturday night prior, there was a drive-by down the street, and both an armed robbery and an assault with a gun nearby. Early that Sunday morning, a man, 29, was shot near 12th Avenue. Later in the day, police received reports of gunfire also near Flo Ware Park, foreshadowing the bigger shootout that night.

In response to violence, the Seattle Police Department increased patrols in the Central District area. Mayor Ed Murray with several Seattle City councilmembers will announce Thursday deployment of shot locator technology in some high-risk parts of Seattle. But while heightened patrols and new technology offer a bit of deterrence, this is the sort of crime that cannot be put to bed through patrols alone. The victims will not speak. There will be retaliation. And when things do settle down, the root causes will remain, simmering just below the surface.

In Seattle, the proactive work to prevent violence is largely focused on youth, namely through the Youth Violence Prevention Initiative. But a city audit last October gave the program harsh reviews. And when those at-risk youth turn 18, the holistic work of outreach and prevention tapers off.  What’s left is a fragmented system made up of law enforcement, policy advocates and community groups, all of which can struggle to see eye-to-eye.

This year, the city’s violence is escalating ahead of schedule. Dominique Wheeler-Davis, founder of the 180 Program — a diversion program for youth caught up in minor offenses — says violence among young people generally spikes in the summertime, when the weather’s nicer and people have more free time. But this year’s numbers are already there.

“There have been so many shootings in the [Central District],” he says, “half of them not even reported.” When he thinks about this summer, he gets very nervous. “The numbers are going to add up,” he says.

The Seattle Police Department says they have not seen elevated numbers compared to last year. But these shootings have been higher in recent years than they used to be, says SPD spokesman Sean Whitcomb. In fact, Chief Kathleen O’Toole has already bumped staff to summer levels in an effort to clamp down.

Why is it happening? The first explanation offered by Wheeler-Davis is guns."So many people got guns," says Wheeler-Davis. "These kids don’t got no money, no jobs. I don’t know where these people got all these guns.”

Gang and violence intervention, perhaps more than any other crime, necessarily leans on partnerships between law enforcement and social work focused on community outreach. There is some evidence that these outreach programs are in general more effective than law enforcement.

The Seattle Youth Violence Prevention Initiative (SYVPI), in operation since 2009 with a yearly budget of $5.8 million, is built around a street outreach program. Social workers contact so-called priority populations — kids aged 12 through 17 with a history of arrest, suspension or known gang involvement. It is the job of outreach workers to be mentors: build relationships, connect them with services, squash retaliation.

It’s an approach that can work, when done correctly. Since they’ve introduced outreach, cities like Boston, Brooklyn, and Cincinnati have seen drops in violence between 20 and 60 percent.

But if done poorly, outreach is meaningless. In fact, violence in Pittsburgh went up, mostly as a result of poor system for locating priority individuals. Workers were contacting people they already knew, sometimes from their own days on the streets.

As for Seattle’s program, the City Auditor’s Office recently found it “lacks an overarching strategic vision that recognizes the complexity and multi-faceted nature of youth violence.”

“We have great data in lots of different systems, but those systems aren’t necessarily being utilized,” says Claudia Gross Shader with the City Auditor’s Office. She says when she first observed Alive and Free — a local YMCA program that assists in the city initiative — they didn’t have standard operating procedures for finding the right youth. It was with this in mind that the City Auditor’s top recommendation was for SYVPI to develop a system so the youth most likely to benefit from it are the ones contacted.

But there’s another major question mark: Seattle’s outreach ends at age 17. Of the nine other cities the City Auditor’s Office examined as part of its report, all nine provided outreach at least until 24. In Cincinnati, that work went all the way to 59.

The man who was shot in May, the one dropped off in the Camaro, was 28. Other than the criminal justice system, there are very few opportunities for that man to interact with outreach workers or social programs.

“There is a really big gap,” says Anica Stieve with the Center for Children and Youth Justice (CCYJ). "There's a lot of effort for re-entry services but that focuses on young adults who have already been in the system. While those services are critical and needed, We need more efforts focused on preventative services."

Stieve’s organization works to implement the nationally based Comprehensive Gang Model — an approach that balances intervention, data analysis, outreach and partnership with law enforcement — and is preparing to launch an initative with the City of Seattle this year. But their clients are also generally 18 or under.

In this gap, it’s the community that picks up the pieces. “One of the things that we have to start realizing is a lot of the de-escalation is not coming from a standard 501c3,” says Amir Islam of the United Hood movement, an advocacy group founded by former gang members. “That’s coming from families.”

You’ll hear this a lot: the real answers involve hitting the streets, not attending meetings. Although Wheeler-Davis’ 180 Program is focused on youth diversion, he’s working to do more gang intervention with a community focus. On any given night, up to eight former gang members will hit the streets to try to piece together shootings. What happened? Why? Who’s going to retaliate? How can it be stopped?

“If there’s a shooting, we’ll go down there and talk to police and then call up the homies in the hood and try to find out what’s happening,” he says.

"This is the crux of the issue" says Stieve. "There is friction and misunderstanding between public officials, the people in the community and the leaders of the community."

Both Islam and Wheeler-Davis sit on a recently created Justice Advisory Committee in the Mayor’s Office. But there's a bit of a disconnect: the people in those rooms do not know the people getting shot. They haven't been through the criminal justice system. They don't intimately know the codes of retaliation.

Wheeler-Davis says he's going to do what he needs to do regardless of the pace of government. "I’m just trying to do something," he says. "This is my community…I’m tired of going to funerals and seeing mommas crying."

When grassroots organizations conduct outreach, they don't track evidence as a city run program might. This creates skepticism of them that Stieve says she totally understands. But, she says, "as a community we must try find a balance of evidence based policy initiatives and grass roots community led approaches to make positive change for youth and young adults affected by these issues."

Sometimes, when the City Auditor's Office releases a report, the Seattle City Council will hold a briefing or add a statement of legislative intent in reaction. So far, that hasn't happened. The Human Services Department released a needs assessment in response, and Claudia Gross Shader she's been working closely with Alive and Free to implement recommendations.

On the law enforcement side, Whitcomb with SPD says under O'Toole, outreach has become a priority — largely via community advisory committees.

But it's the same problem there. For a lot of people, not just those caught up in violence, police are a real part of the problem.

When asked about the mid-May shootings, Wheeler-Davis laughed. By this point in our conversation, he's speaking louder, almost shouting. While policy might be important, his mind is far from legislation, focused instead on the people he knows and things he's seen.

"You're asking me about something that happened weeks ago," he says of the gun violence. "I'm thinking about what happened last night."

This story has been updated to clarify statements made by Mr. Wheeler-Davis.