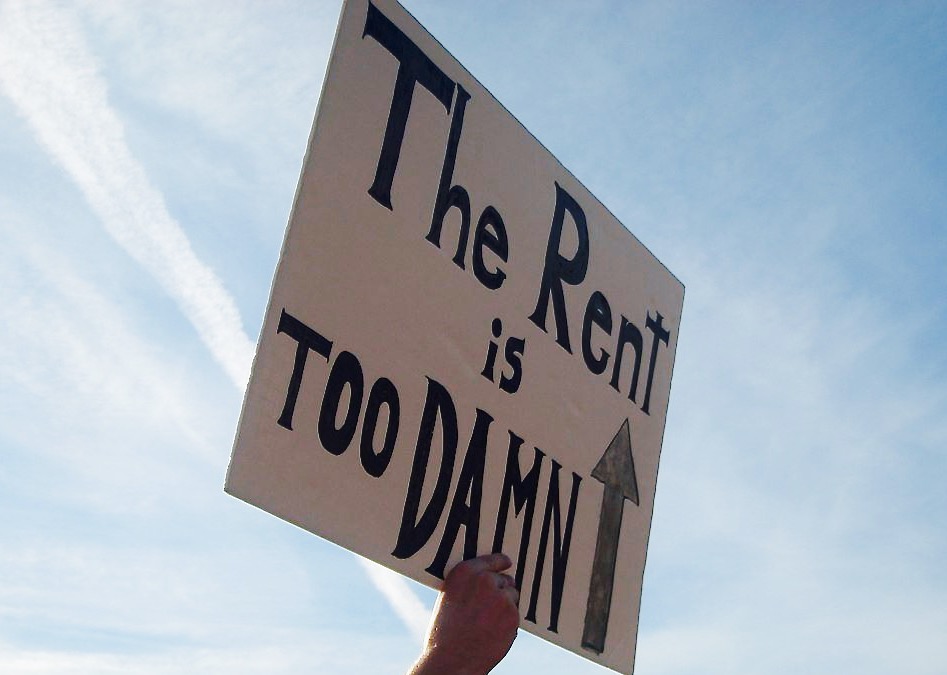 The Seattle Times reports that Mayor Ed Murray and City Councilmember Tim Burgess are proposing to crack down on Airbnb-style rentals in Seattle. They believe that apartments are being converted to short-term rental units, displacing long-term renters and impacting Seattle’s housing supply.

“We have whole floors of apartment buildings that have been taken off the housing market,” Burgess told the Times. “We have entire buildings that essentially have become hotels.”

Tough luck if you happen to be looking for a place to rent for longer than a weekend.

How big a problem this is — and whether it offsets the benefits of cheaper, short-term rooms — isn’t clear, but Murray and Burgess are proposing that the city restrict short-term rentals to no more than 90 days per year in units that are not the primary residence of the owner. Longer-term rental properties would be regulated as well.

The problem is one of unintended consequences. Airbnb was first hatched as a way for people to make a little money on the side, renting the spare bedroom or the couch to passers through. But more and more, people have turned it into a commercial enterprise, at the expense of long-term tenants.

Other cities have been wrestling with the problem. In San Francisco, some operators can make $1,500 per month renting a bunk bed in what is essentially a dorm room. A number of cities, including Los Angles, New York and Austin, are amping up regulation or cracking down on illegal operators.

This is not the first time Seattle has faced such a problem, though under very different circumstances. But back in the 1960s, the city loosened regulations to turn apartments into hotel rooms, and the result was a fiasco that displaced thousands of Seattle residents and forced many more to pay exorbitant rents.

It happened in 1961-2 as Seattle prepared to host a world’s fair. Panicked by a possible shortage of hotel room space for visitors, the city council passed a law allowing landlords to switch from monthly to daily rentals of apartment units, similar to Airbnb. They called it “transient housing privileges.”

These units could be booked during the six-month run of the fair in 1962 through the fair’s housing entity, Expo Lodging, which took reservations for fair visitors. The result was dramatic. Apartment owners downtown, on First and Capitol Hills and elsewhere began evicting tenants and jacking up rents to exploit the expected influx of out-of-towners. Rents jumped from $85 to $300 per month in some cases, displacing thousands of families, pensioners and others on the eve of the fair, which was supposed to showcase the city’s forward thinking.

That created an enormous backlash and outrage among the displaced, an investigation in the state legislature and demands for rent controls. It also launched the Seattle Renters’ Association, a forerunner of local tenants rights organizations. People didn’t mind gouging tourists with high room rates, but they didn’t want locals to suffer. Protesters began wearing buttons that read, “Don’t Gouge Me! I’m a Seattleite.”

Mayor Gordon Clinton, subject of abuse at public meetings, went into retreat mode, as did the city council which passed a revised law allowing daily rentals in new and vacant units only. Expo Lodging, to save face and the fair’s reputation, then set about helping to get evicted Seattleites back into apartments.

Clinton called the behavior of the landlords “unconscionable.” Still, they were doing what city fathers wanted: creating space for well-heeled tourists.

The sad thing was that even without the “transient housing privileges” there was no shortage of hotel rooms, even though the fair exceeded its attendance estimates. Fair organizers had wildly over-estimated the need. (The same was true with parking, by the way. You can read about that and other fair fiascos here.)

Hoteliers brought in cruise liners on the waterfront to act as hotels for the duration of the fair. Expo Lodging booked people into a regional network of available rooms that extended from Bremerton to Redmond.

Publicity about the hotel room shortage scared many convention organizers who decided to skip Seattle that year, and that created vacancies. In the end there was a glut of space and many out-of-area guests simply stayed with friends and family. Turns out the best solution was a sleeping bag or a hide-a-bed at your aunt’s.

Today, with Airbnb and other similar services, the idea of owners being able to rent space in their homes to short-term guests seems like a great idea, and there is obvious demand to fill empty beds in existing housing. It can help current homeowners stay in their residences. But there’s the question of scale and impact on long-term residents who rent.

History suggests that it’s smart to look at the overall impact of housing policies rather than assume any new thing is a threat, or a panacea.