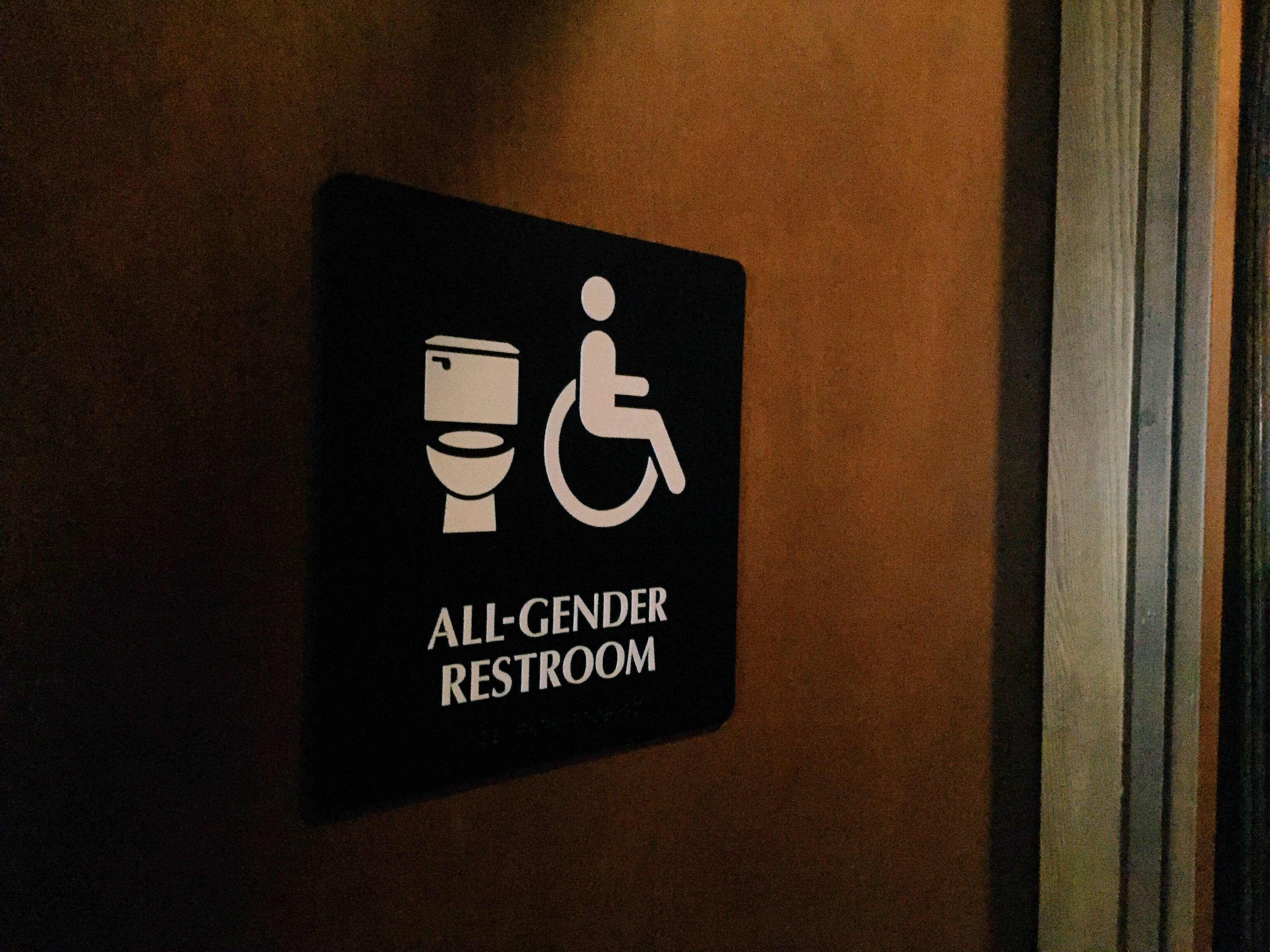 Processed with VSCO with c3 preset

This story first appeared in ParentMap.

One morning a couple of years ago while driving to preschool, Vlada Knowlton looked back at her child, whose head was pressed against the car window, looking glumly out at the drizzling rain. “What’s wrong?” the mother asked.

The answer that came back in a little voice was enough to crack her heart: “I don’t want to be born,” the 4-year-old said. “Please, put me back.”

It was all Knowlton could do to keep her car on the road. She had known for some time that her youngest child was struggling. Born with a body typically regarded as a boy’s, the bright preschooler had long coveted all things “girl” — elaborate dresses, fancy ladies’ hair. The parents allowed girl clothing at home, but their child was still presenting as a boy in public, dutifully meeting society’s expectations but clearly suffering inside.

Now Knowlton could no longer deny how acute her child’s suffering had become. Her child had a girl’s brain. She was a girl.

Annabelle’s transition was supported by her family, including her parents, older sister and older brother. The teachers at the children’s private school were supportive. And although Annabelle was afraid the first day she wore her favorite dress to preschool, her short hair not yet grown out into the golden princess tresses she dreamed of, she insisted on finally going to school as herself. Everyone accepted her. Everyone was relieved.

“The kids have moved on,” Knowlton says of today’s younger generation. “They understand the gender spectrum. They don’t even care.”

Annabelle will turn 6 in August. Right after her transition, Annabelle’s mother says, “this beautiful, intelligent child came to life.”

It’s the ideal outcome, experts and advocates say. Research shows that the more accepted transgender and gender-nonconforming youths are by their communities, the less likely they are to fall victim to the well-documented high rates of violence and suicide.

In recent years, social and medical sciences have expanded our understanding of gender identity, and acceptance and awareness of all expressions of the gender spectrum have been growing. But as the conversation about gender identity has gone mainstream, so have threats to the rights that trans people say are essential for their protection and equality.

In Washington state, this is playing out with a current proposal, Initiative 1515, which seeks to repeal Washington’s decade-old non-discrimination law that protects transgender people using the bathroom of their choice.

Families like Knowlton’s plus educators and advocates who support trans youths are mobilizing in opposition to I-1515. They want to show the voters that the proposal is dangerous for all people, bad for the state financially and claims to solve safety problems that don’t really exist.

“Anxiety has never been higher. Families and kids are scared,” says Aidan Key, founder of Gender Odyssey and a gender educator who works with youths, families and schools across Washington state and nationally. “We haven’t lost a kid in our group yet, but [if this initiative passes] I don’t believe that fact is going to stay the same. I feel like there will be a body count.”

A national debate, a local conversation

I-1515 would amend the state’s discrimination law so that public and private entities could restrict access to “private facilities” to “biologically” male or female individuals regardless of the person’s gender identity, according to the ballot measure’s summary. If passed, the law would open schools to lawsuits and penalties of $2,500 every time a transgender person used the bathroom of his or her choice.

The initiative is part of a wave of recent anti-transgender bills in states that include Texas, Kentucky, Minnesota and Florida, according to a policy brief released earlier this year by The Fenway Institute and the Center for American Progress. The recent House Bill 2 in North Carolina, for example, requires people use public bathrooms that correspond with the sex on their birth certificate rather than their gender identity.

In May, the U.S. Department of Justice filed a lawsuit against North Carolina. The U.S. Department of Justice also requested the judge prohibit the state from enforcing House Bill 2, which violates federal civil rights protections. And the Obama administration in May directed public schools to allow transgender students to use bathrooms matching their gender identity.

An analysis by the Williams Institute, a UCLA think tank, found that I-1515 would put at risk as much as $1 billion annually in federal funding to Washington state schools, and might put at risk $3.5 billion more in annual funding to state and local government entities.

Kaeley Triller Haver, communications director for Just Want Privacy, the group sponsoring the initiative, says the group mainly takes issue with a clarifying state law passed in 2015: WAC 163-32-060, which reads in part: “All covered entities shall allow individuals the use of gender-segregated facilities, such as restrooms, locker rooms, dressing rooms, and homeless or emergency shelters, that are consistent with that individual’s gender expression or gender identity.”

“A large concern is what statement the current law makes to our daughters about their privacy and safety,“ Haver says. “Women and girls are physically at risk for all kinds of abuses, especially sexual. I have a 5-year-old daughter, and as someone who has someone experienced trauma it is very important for me that the first time my daughter is exposed to the male form, it is because she’s chosen it.

“If you are a high school boy with a penis and you believe that you are a girl, insisting [on showering] after basketball with girls, that’s a violation of these girls’ privacy.”

But opponents say these arguments are red herrings and that I-1515 would not address any existing safety worries.

“They’ve created this false political movement based on the pretense that the majority of people’s civil rights are being trampled by a small percentage of the population. But the crux of their argument, that these people are deciding to be a gender they weren’t born in, is a myth,” Knowlton says. Knowlton, a Seattle-area documentary filmmaker, explores this issue — the science behind gender identity — extensively in her new project, called The Most Dangerous Year, now in production.

“We now understand that gender identity has nothing to do with physical appearance. There’s a place in the brain that very clearly identifies what your sense of gender will be, and there’s no association between that and any other traits,” says Dr. Kevin Hatfield, who treats transgender youths at Seattle’s Polyclinic, in an interview with Knowlton for her upcoming film. “Because of brain development, we can now clearly identify that chromosomes can be one thing, the genitalia can be something else and the gender identity can very clearly be different from both of those things.”

“It’s transphobia. Is this about the fear of male violence? No. Any man can put on a dress and sneak into a restroom for a violent purpose. Violence against women is already illegal,” Knowlton says. “This is not a substantiated fear. It’s the bogeyman. It’s exploiting people’s fear with no facts behind it.”

She puts it another way, bluntly: “You don’t have a civil right to always be comfortable.”

Think about it this way, says Key: “It might be startling to see a transgender woman in the bathroom. It’s a startle reflex — but then common sense has to kick in. We were able to do this when we integrated bathrooms racially. Now we look back and say that fear was ridiculous.”

Key says he has heard from many anguished parents who are afraid that I-1515 would erase the hard-won sense of acceptance and well-being some of their children have achieved.

“These are parents who have already had to roll up their sleeves and do the work to convince families, schools and communities to accept and protect their kids. They are fighting for their child’s life.”

This is about everybody

There are more than 10,000 transgender youths and 15,000 transgender adults in Washington state, the Williams Institute estimates. I-1515 opponents say that kids and adults who are transgender or gender-nonconforming are at risk of being publicly shamed, targeted or endangered simply for using the bathroom that matches their identity.

More than one in four trans people has faced a bias-driven assault, and rates are higher for trans women and trans people of color, according to the National Center for Transgender Equality.

And more than 50 percent of transgender youths in Washington state will have attempted suicide at least once by their 20th birthday, according to an estimate by the Youth Suicide Prevention Program, derived from national statistics.

“Trans youth are vulnerable because this is an initiative that encourages more discrimination,” says Seth Kirby, executive director of Tacoma’s Oasis Youth Center and director of the Washington Won’t Discriminate campaign, launched in opposition to I-1515.But transgender youths who are accepted by and have early support from their families and communities have better outcomes. “Acceptance is associated with better mental health in transgender people, while rejection of transgender people is associated with worse mental health,” says Kristina Olson, assistant professor of psychology at the University of Washington, who is conducting a large-scale, national, longitudinal study of young transgender children.

The law, if passed, would impact many people beyond Washington’s transgender community.

“While the target is transgender people, it actually is about gender policing,” says Hermanns. “It’s about who gets to define our gender identity and norms.”

Proposals for separate bathrooms for transgender people miss the point, say parents who oppose I-1515.

“We don’t want there to be a segregated bathroom for transgender individuals for so many reasons, including the fact that my child does not identify as transgender,” says Michelle Taylor, the founder of Taproot School in Seattle, whose 12-year-old son, Wilder, transitioned at 11. “Every time my child is made to feel different or afraid of being who he is, it affects his self-confidence and is emotionally painful. Transitioning while going through puberty is frightening. The realities of severe depression and suicide are real. People should be able to use the bathroom that matches their gender identity.”

Opponents say they will be rallying against I-1515 through the signature-collection deadline. They urge everyone who supports youths and families to engage in the conversation and oppose 1515.

“Someone doesn’t have to understand it all in order to recognize someone’s humanity should be respected,” Hermanns says. “This is about empathy. This is about compassion.”

Says Kirby: “Don’t be silent in your support.” 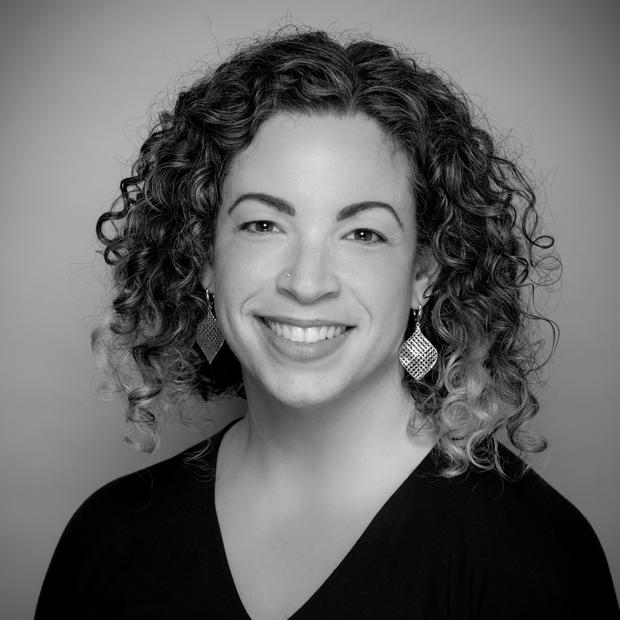 Natalie Singer is the author of "California Calling: A Self-Interrogation."