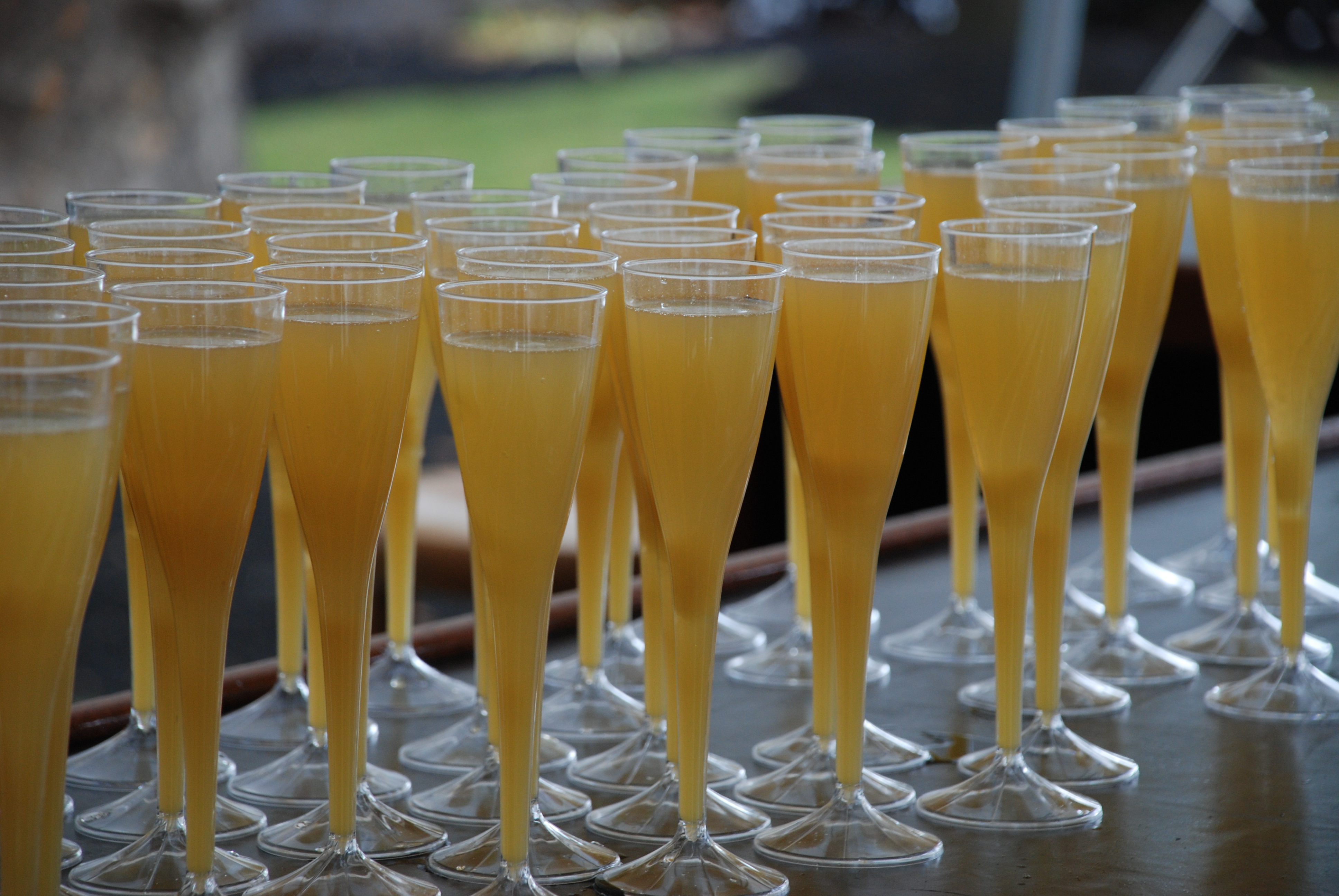 Mimosas as far as the eye can see.

It’s not hard to find a great brunch in Seattle, but few restaurants specialize in the holy grail of weekend day-drinking: the bottomless mimosa. Craving an indulgent waffle or hollandaise-drenched Eggs Benedict? No sweat. But it can be a little more challenging to spot an endless well of bubbly-spiked orange juice to set your weekend right.

The bottomless mimosa is not something to take for granted, either: there’s a New York State law that prohibits “selling, serving, delivering or offering to patrons an unlimited number of drinks during any set period of time for a fixed price.” While it’s technically on the books, it’s not enforced; you’ll find a whole bunch of restaurants in New York from serving unlimited drinks. There are over 20 other states — like Alaska, Deleware, Maine, Massachusetts, New Mexico, and New Jersey — that also have restrictions on these sorts of deals.

So take note, Seattle. Your right to get hammered on an endless well of brunch booze is apparently not inalienable. Here are eight reliable brunch restaurants offering this delicacy.

Agrodolce: Maria Hines’ Sicilian restaurant combines Italian influences with American brunch classics, with a menu that features heavily her commitment to using organic ingredients. Fried chicken and waffles, root vegetable benedict, and a seasonal hash are among the highlights, plus you can have a refillable mimosa carafe all to yourself.

Super Six: This Columbia City newcomer was birthed by the fine folks at Marination, which have blessed Seattle with their Korean tacos and kimchi rice bowls. Brunch starts mercifully early for morning-inclined people who want to start drinking at 8 a.m. and continues til 3 p.m. with standouts like the Portuguese sausage hash and the pork katsu sandwich. Bottomless mimosas run just $12.

Ma’Ono: More Hawaiian-inspired fare at this West Seattle spot, with a menu revolving largely around the enormous plates of fried chicken that are so popular you’re encouraged to call ahead to reserve some bird. Wash down your loco moco and coconut-fruit French toast with $12 bottomless mimosas available as long as there’s food on your plate. 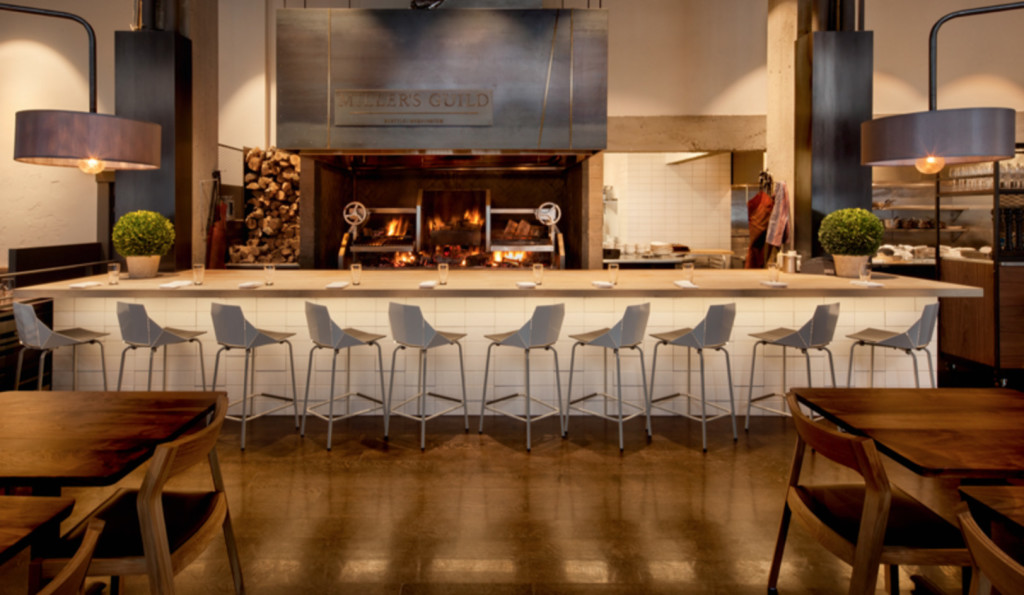 Miller’s Guild: You’ll have to shell out a little more for the fresh-squeezed bottomless mimosas at Jason Wilson’s upscale Miller’s Guild. $25 gets you either orange or grapefruit to pair with meat-centric dishes cooked atop the nine-foot-long, custom-made, wood-fired grill visible from your table.

Brunch is all the rage in Seattle, and it shows no signs of decreasing in popularity. In the last month or so, several noteworthy restaurants have expanded their hours to include weekend brunch, like Mamnoon, Brimmer & Heeltap, and the Georgetown hot chicken hotspot Sisters and Brothers.

Perhaps, the brunch pendulum will next swing towards a trend on the rise in New York City and London: the “bottomless brunch”, where you can stuff yourself silly on an endless supply of food to soak up all that alcohol. We can only hope.

Restaurant photos courtesy of the businesses. 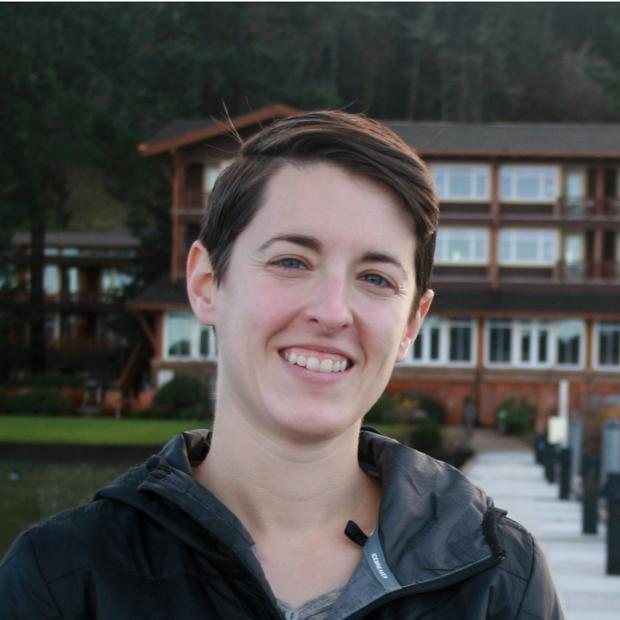 Megan Hill is a Seattle-based freelance writer covering food, travel, and the outdoors for publications like Eater, Northwest Travel and Life, Sip Northwest and Global Traveler. She also runs a nonprofit consulting company that writes grants for nonprofits. You can find her on Twitter at @MeganHillWriter