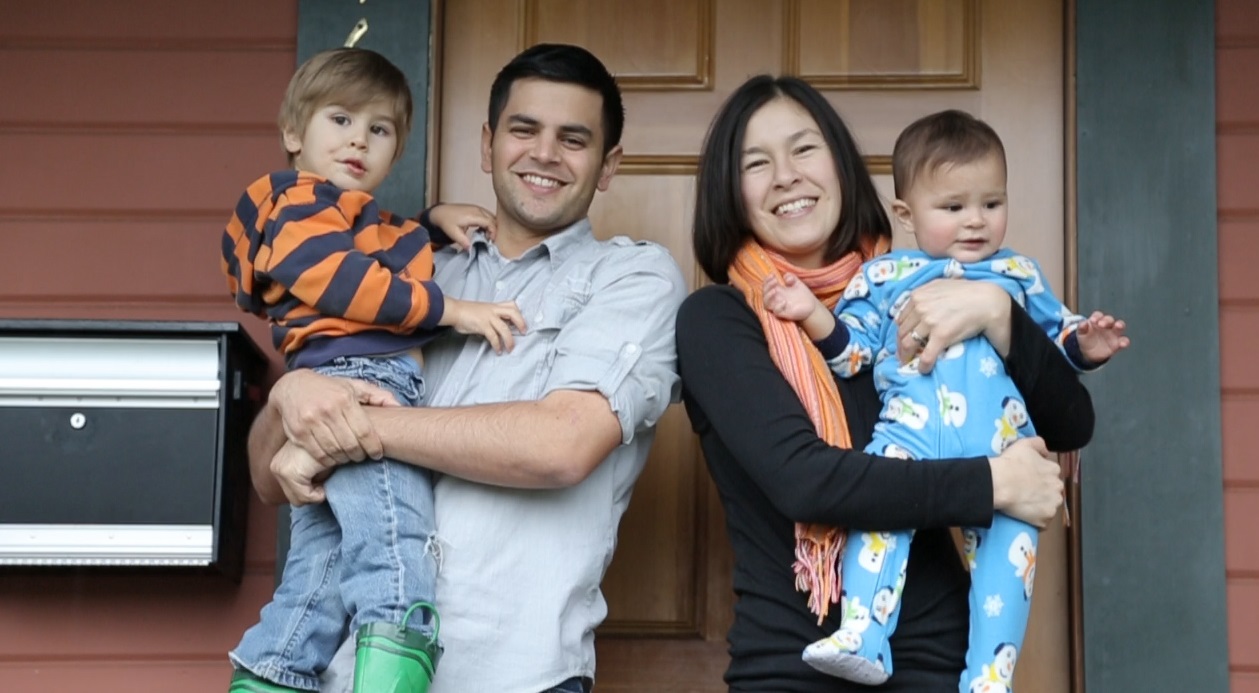 At first glance, the home for sale at Dearborn and Rainier is pretty standard fare for the Seattle housing market. It is a two-bed, two-bath townhouse built in 2009, with a facade that mixes metal and brightly painted wood (orange in this case) that at one point probably stood out, but is now seemingly ubiquitous among new construction.

What sets it apart, however, is the price. The sellers are asking $258,730, well below market rate. A few doors down in the same development, a nearly identical townhome is listed for $425,000.

The reason it’s cheaper is it’s part of Seattle’s community land trust, a nonprofit housing model that uses a mix of public and private funding to purchase land, with the goal of selling homes on it affordably. Land trusts separate ownership of the land from ownership of the home, which brings prices down to a level that’s affordable to the city’s working class.

A rapidly growing population, the tech boom, and a limited supply of housing has sent rents and home prices skyrocketing in Seattle. Mayor Ed Murray’s Housing Affordability and Livability Agenda, a set of proposals currently under consideration, seeks to address the problem through a variety of policies, mostly aimed at helping low- and middle-income renters.

Community land trusts help that same group of residents buy homes. Proponents say homeownership comes with benefits such as stability and equity currently unavailable to more than half the city’s residents. With the average home prices currently nearing $600,000, CLTs are one of the critical affordable housing tools that help ensure the nurses and firemen and teachers that keep the city running can afford to still live here.

Nationwide, there are over 250 community land trusts. Burlington, Vermont’s is considered one of the most successful with 565 homes in its portfolio. The Bay Area Consortium of Community Land Trusts includes seven CLTs working to counteract the impact of tech wealth and housing shortage in the area.

Seattle’s CLT is run by a nonprofit called Homestead Community Land Trust, and has 208 homes across the city. To qualify for one, buyers must make less than 80 percent of the area median income, be first-time homebuyers, qualify for a conventional mortgage, and pay 1 percent down or $3,000 (whichever is greater). Hosfeld says their buyers can typically afford a home in the $180,000 to $220,000 range, which is essentially non-existent in the Seattle housing market these days.

By separating the value of the land from the value of the house, Hosfeld says CLTs can reduce the sale price by about 30 percent. The home belongs to the buyer as it would be with any other home purchase, but Homestead retains ownership of the land underneath, leasing it to homeowners for a small monthly fee (currently $75).

“When we add a home to the trust, affordability stays at that address permanently, whereas a down payment assistance program for first time homebuyers allows buyers to resell their house at market rate,” says Hosfeld.

A CLT homeowner won’t gain hundreds of thousands of dollars in equity like someone who bought on the open market. They agree to a low equity rate, and if they decide to sell, must do so at below market rate. But that tradeoff is worth it for people who otherwise likely would’ve had to look outside the city to buy a home.

For Homestead homeowners Estevan Munoz-Howard and Elisha Ishii, they simply needed a stable place to call home. They had moved four times in three years to find affordable rents (and in one case because their building was sold and they were pushed out). Munoz-Howard was making nonprofit wages at Social Justice Fund NW. Ishii had left her job to care for their infant.

Six months of house hunting revealed they would either have to take on a mortgage they could barely afford, move out of the city, or buy a house that needed serious repair. Then they found a 3-bedroom, 1 bath 1920s craftsman in the Brighton neighborhood near the Othello light rail station. It was in great shape, had a yard, and they were able to purchase it through Homestead for $261,646.

“People have to grapple with their philosophy of homeownership and whether they want to use this to accumulate wealth or they just want to have a home,” says Munoz-Howard. “For us we were able to find a house that we don’t foresee wanting to sell. We want to live here, we want to stick around and be part of the community.”

Homestead was founded in 1992. They added the first home to their portfolio in 2002, a bungalow in Delridge. Hosfeld says it was founded with the explicit goal of stemming the displacement of people of color.

Seattle “redlined” African-Americans and other people of color out of many neighborhoods for decades in the middle of the 20th Century. This has left a lingering issue of segregation, and has contributed to the city’s racial wealth gap. CLT proponents say it is one of the best tools for narrowing that gap.

“We have this legacy problem of having spent 100 years shutting African Americans and others out of home ownerships though federal redlining, predatory lending, et cetera,” Hosfeld explains. “Owning your own home is how people build intergenerational wealth. … It is one of the pieces in a path out of poverty.”

At a rate of about 15 new homes created in Seattle each year, Homestead isn’t going to stop displacement or close the racial wealth gap in Seattle on its own. The same booming housing market that makes CLTs so necessary makes the model difficult to use.

Hosfeld says in theory the CLT model is infinitely scalable. “The only thing that holds us back from scaling is the public private investment. We could do multi-family homes, do density, do big buildings if the public financing was there.”

But since Homestead competes with other nonprofit housing providers for the same pool of local, state, and federal funds, they are limited in what they can do. As such, it’s hard to imagine land trusts being more than a small part of the affordable housing solution.

Ultimately, Hosfeld says it comes down to what people want to prioritize. “If we choose to as a community, we can invest in taking land off the speculative market and grow a portfolio of affordable homes.”

Correction: This article originally stated that Estevan Munoz-Howard and Elisha Ishii bought their house for $325,000. That was the “unsubsidized price,” or what the home would have cost without Homestead’s involvement.