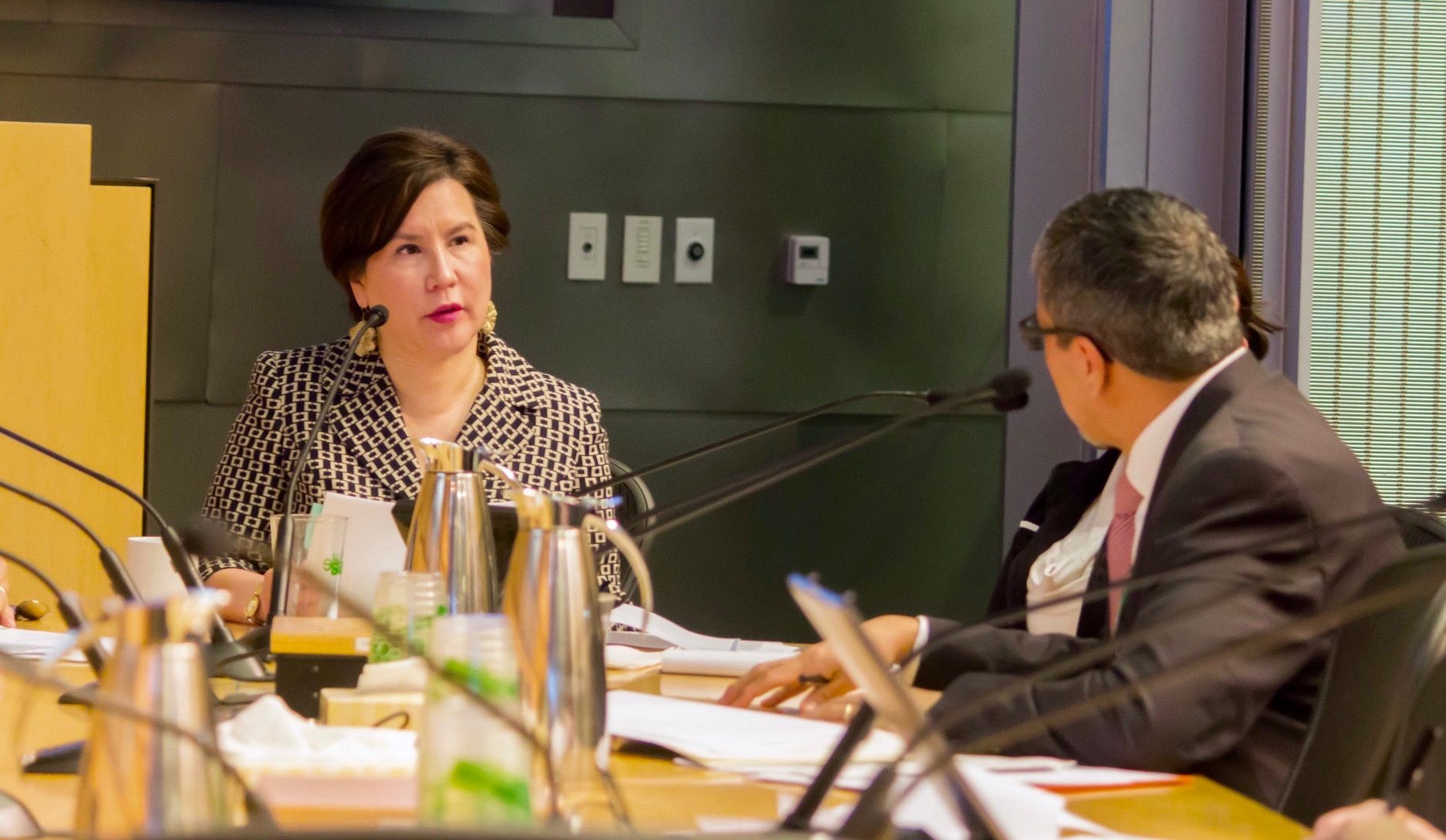 It’s early May and Councilmember Debora Juarez is about to do something enormously risky.

The first draft of Sound Transit 3 is out, priced at a cool $50 billion. If approved by voters, it will connect West Seattle and Ballard through another downtown tunnel. It will add light rail stations from Everett to Tacoma, Redmond to Issaquah. It will add buses, parking and bike infrastructure. In other words, the price and the scope will go well beyond anything the region has seen before, an apparent statement from the Sound Transit board that it’s time to do something dramatic for the growing Puget Sound region.

But for Juarez, something’s missing. Heading north from Northgate, the light rail will zip past 130th street, in the heart of the North Seattle district she represents. It will instead continue to 145th, at the city limits with Shoreline before continuing north.

This, Juarez has said publicly, is unacceptable. And so, she has set a date, Thursday, May 19, and begun to draft a statement: If the station’s not added, she will oppose Sound Transit 3.

In the days before council districts, even when no sitting councilmember lived north of 85th Street, the residents of North Seattle had reason to hope that a 130th Street station would sneak on to the final days of already approved light rail, Sound Transit 2 package. Councilmember Mike O’Brien, with community representatives, had pushed hard to make it happen, successfully passing an amendment to ST2 to prepare the site to be ready for construction.

From the perspective of the north siders, the station made sense in the context of Seattle Growth. With three “urban villages” north of 85th (areas pegged for more aggressive development), including one on 130th, North Seattle is likely to absorb a lot of the city’s need to become denser. And with Northwest Hospital and Medical Center nearby, it made little sense to bypass what they saw as an integral piece of Seattle’s future.

In the end, it didn’t happen as part of Sound Transit 2. But the fact that it was just barely bumped from ST2 gave the impression that it was a slam dunk for ST3.

Not so, it turned out. The station was given the “provisional” label — newspeak for “we’ll fund it if we can, maybe.”

It is literally impossible to have a conversation with Councilmember Juarez without talking districts. She has said many times she never would have run in the citywide system. Say the words "District 5" and she lights up, like ex-pats finding someone who speaks their language.

To be frank, without Juarez on the council, the district system could easily fade into the background. Yes, the other councilmembers have district offices and send newsletters highlighting district issues. But publicly, Juarez will consistently blow up discussions that stray too far from the needs of her constituents.

Her philosophy on the matter sits at around 5,000 feet. She chafes at the notion that her entire motivation is to help District 5, other districts be damned. Instead, Juarez, who is a member of the Blackfeet Nation, genuinely believes that neighborhood representation makes the city as a whole a better place. “District systems, I believe, unified us as a city,” she says in her office, which is dotted with pointed and decorated canoe paddles of Northwest tribes. “That’s kind of the way I was raised with leadership in tribes.

With that in mind, Juarez contends that a 130th Street station is less about what it will do for District 5 per se, but an acknowledgement of District 5’s place in Seattle and the region as a whole. If you ignore that area, as many residents believe the city has done in favor of wealthier neighborhoods for years, you risk bringing down everything around it.

There are certainly voices who take deep issue with Sound Transit 3’s price and approach, on both ends of the spectrum. On the one hand, there are the right-of-centers or middle-of-the-roaders who believe light rail is a waste of money when you could accomplish similar objectives with rapid bus transit. On the other hand, there are more left-of-center people who dislike the “transit spine” connecting suburbs relatively quickly, favoring a city-out approach.

Juarez is none of those people. Substantively, she favors Sound Transit 3. She favored the two voter-approved Sound Transit tax packages before it. She approved of Seattle’s Move Seattle levy. The fact that she supports large transit levies made the idea of  opposing it politically significant and risky. In a city that consistently supports new taxes and has lost all appetite for anything that even hints at conservatism, being the one councilmember opposed to the package would no doubt be an uncomfortable position. In a citywide system, it would almost certainly spell doom for Juarez or anyone else.

But she campaigned in last year's first elections under the new district system not just on representing the district, but specifically on getting the 130th Street station. When Crosscut spoke with her at the beginning of her term, securing the station — as well as the North Precinct Police Station and the Northgate bike and pedestrian bridge — was her first priority. For Juarez, even though she supports a large scale transportation push, going back to District 5 without 130th was not an option. “Everybody’s anticipating because they’ve been hearing so long that this station’s coming,” she said the other day.

Juarez’s lobbying efforts were obvious. As soon as the proposal hit the table in March, she was calling it “unacceptable” that it didn’t include the station. In April, she penned an op-ed in the Seattle Times. Behind the scenes, Juarez and Sound Transit CEO Peter Rogoff had occasionally heated exchanges. “I did not leave anyone’s office always feeling great,” she says.

Finally, it is on the advice of a couple King County Councilmembers that she put the chips on the table.

On Monday, May 9, she calls Mayor Ed Murray, King County Executive Dow Constantine and fellow Councilmember and Sound Transit board member Rob Johnson to say she has a deadline. She isn’t going to immediately denounce the package, but wants to have a plan toward removing the “provisional” status. If the package continues to march forward without the station, that’s when she is going to go to community members and say she will not support it.

Juarez had seen polling for the package and numbers for how North Seattle residents strongly supported ST2. So, she feels confident a threat to pull support will be seen as a real and significant shot across the bow, a potentially serious problem with voters in an area where Sound Transit ought to be able to count on support.

Turns out, she was right.

Last Thursday, the Sound Transit board signed off on a Sound Transit 3 proposal now worth $54 billion. Tucked in there is the station, with an $80 million line item next to it.

On no other occasion has the work of Seattle's new district representation been so on display. The work of the 130th street station far precedes Juarez, to be sure. But despite all the lobbying from the community, the station was still in danger of being left off. As one should expect any politician to do publicly, Juarez give most of the credit to those community members as well as to fellow Councilmember O'Brien.

But when asked if her place on the council is what made it happen in the end, she says, "I didn't start the fire. But I certainly threw gasoline on it."