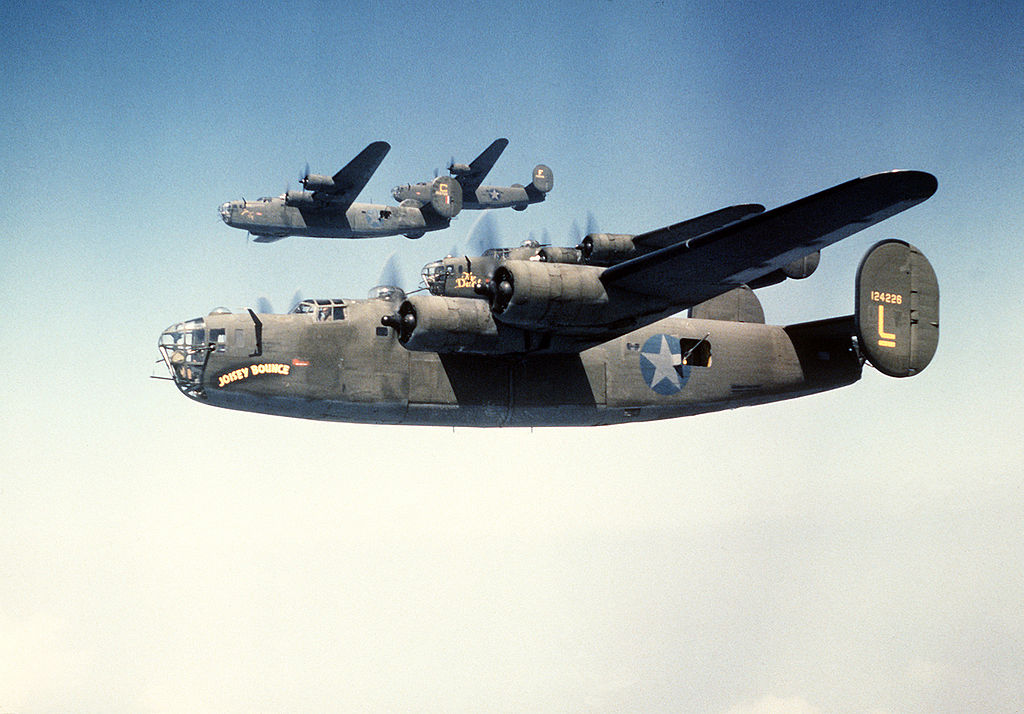 For Death Valley, it was a cool spring day — in the mid-90s. We stood on the valley floor, an ancient lake bed of salt pan and bizarre mineral formations known as the Devil’s Golf Course. In front of us was a huge propeller sticking out of the ground a half-mile off the road in the middle of nowhere.

Sand, salt and time are wearing it down, but it is in pretty good shape. There’s too little moisture for much rust. “Look for something like a fence post in the desert,” a park ranger had told us. It resembled a kind of grave marker, and in a way it is. We were at the site of a World War II plane crash that shaped part of my father’s life, and thus my own.

My father, born and raised in Seattle, was a surgeon during WWII. Fresh out of Yale Medical School, he’d been eager to join up after Pearl Harbor and signed on with the Army Air Force. He was conveniently shipped home to Seattle, or rather to McChord Field near Tacoma, part of the large military complex known today as JBLM. In 1943 he was transferred again to a remote base in the middle of California’s Mojave desert. The field was called Muroc. Its name was changed after the war to Edwards Air Force Base, which many people know as home of the “Right Stuff” test pilots like sound-barrier breaking Chuck Yeager.

It was used for secret aircraft testing during WWII, too. The first U.S. fighter jet was tested there in 1942. In 1944, B-24 bombers from Muroc tested bomb release mechanisms to perfect the ones to be used for dropping the first atomic bombs. In the middle of Muroc’s gunnery range, a life-sized wooden replica of a Japanese battleship was constructed in the desert for target practice. The desert made sense for such tests: It was large, empty, and secluded.

During the war Muroc was also a busy training station for pilots and bomber crews, especially those flying P-38s and long-range B-24 Liberators. The landscape gave trainees ample room to test their aircraft, practice flying them in formation, drop their bombs and fire their guns without distraction. And ample room — usually — to make mistakes.

My father was somewhat disappointed to be stuck in the middle of the California desert during the war. At Muroc he was a Northwest boy stranded away from the action in a remote corner of the Home Front. Even so, over dinner when I was growing up, he often told stories as violent and disturbing as anything seen in combat.

Once a bomber crash-landed at the base. My father sped out with the fire trucks and ambulances of the ground crew, but they could not get near the plane. It had burst into flames, an escape hatch had jammed, and my father and the would-be rescuers looked on as the crew burned alive calling for their mothers. I don’t think the sense of helplessness he felt that day ever left him.

It was another story that brought my wife and me to Death Valley this spring. It was one he told more than once. It was the worst wartime accident he’d ever dealt with. Two B-24 Liberator bombers in a six-plane formation out of Muroc had collided at 20,000 feet during a training mission — inexperienced pilots, a wrong maneuver, propellers of one plane slicing into another. One craft disintegrated in the air, the other plummeted to the ground and exploded, both over Death Valley. Of the 18 men aboard the two planes, only one survived, a gunner who had been sucked out and managed to open his parachute — not all of the crew were wearing them. He was found wandering dazed in the desert. A piece of metal had partially scalped him in midair, his skull cap shone in the sun.

My father knew this because he was the medical officer sent from Muroc to supervise recovery. It was midsummer, the soldiers under his supervision were suffering from the heat — it was 120 degrees. The troops were throwing up their salt tablets, not at all happy to be stumbling around the bone-dry flats and the rough, ankle-twisting formations of the Devil’s Golf Course. They were repelled by having to pick up the already decaying pieces of their dead comrades to put into bags — a finger there, a flattened head there, a bloated body stuck in the a chunk of the fuselage.

My father used to say dealing with families who wanted to see the remains of their sons was always a rough thing. He’d try to talk them out of it. A casket might be carrying only a few charred bits of a loved one.

As a child hearing these stories, I never thought about the impact of these events on my father. I was horrified and thrilled, as if they were strange, violent fairy tales.

Now in middle age myself, I recalled his Death Valley story and wondered if it could help explain some things. I think my dad was trying to work something out without ever talking to a shrink — something only a “weak sister” would do, to use a term he and fellow soldiers used. And it’s not like soldiers were encouraged to speak about these things during the war. An article in the Muroc base newspaper at the time warned personnel about talking of any military matters to friends, family or co-workers lest word leak to the enemy. The headline: “Put Your Faith in Silence.”

He gave up surgery not long after the war and turned to medical illustration — art was another passion — and medical research as a pathologist studying heart disease and how to repair damaged cardiovascular systems, working with Dr. Lester Sauvage. He edited medical journals, had a medical cartoon series, co-authored, with my mother, the children's Golden Book, "Visit to the Doctor," which tried to smooth the way for Baby Boomer parents to get their kids in for check-ups. In his later years, he made jewelry, boxes of exotic hardwoods, and Joseph Cornell-style assemblage sculptures, a collection of which hang in the UW Medical Center.  Yet during my childhood, he often isolated himself from the family in his basement laboratory, he was moody, he sometimes drank too much. I took this as simply the way things were, perhaps the price of a creative life. It never occurred to me that there were causes — or trauma — that might explain some of his unhappiness.

I decided to see if I could track down the bomber accident he told us about, and with little effort I found accounts of it online. There are people who track down WWII plane crash sites. In this case, there are two related sites in Death Valley — the wreckage of the Liberators landed in different places. I contacted the park and they said yes, there is wreckage here you can still see. Such sites are documented as part of the park’s “cultural resources” inventory. So we went to visit one of the sites on a recent road trip through the Southwest. I thought maybe the details of this tragedy could tell me something about my father’s experience.

The details of the crash fit exactly his telling. It occurred on August 1, 1944. The Air Force account adds details about how it happened, who died, and lessons learned (wear your parachutes!).

But digging a little more, I came to understand something my father never talked about. During the war, training bases like Muroc saw lots of trauma and drama. In looking through a list of wartime crashes in or near Muroc during 1943-44, I counted nearly 200 fatalities in scores of crashes. This does not count all the people who died on the ground: run over by planes, chopped up by propellers, and other airfield accidents. I had once found evidence of one of these in my father’s papers: a photo of an airman who died when a piece of a propeller had flung off and pierced the top of his head as he walked across the tarmac. The autopsy picture showed a man’s head that resembled the shell of a cracked soft-boiled egg.

According to a 2013 study, “Earning Their Wings: Accidents And Fatalities in the United States Army Air Forces During Flight Training in WWII” by Marlyn R. Pierce, the Army Air Force “suffered over 6,500 fatal accidents in the continental United States resulting in the loss of 7,114 airplanes and the death of 15,530 personnel.” This was an average of 10 deaths per day and nearly 40 accidents, fatal and non-fatal. The causes were many, including malfunctioning planes and pilot error.

In 1944, the year the two B-24s crashed over Death Valley, some 5,000 pilots and crews died in training and other accidents nationally, down from 5,600 the previous year. In other words, the cost of getting pilots and crews trained for war had an unimaginably high human cost. Doctors like my father were not just sewing up cuts or removing gallbladders. They were dealing with large numbers of casualties.

My mother lived in the Mojave with my father. She was a civilian nurse who worked at both the Army Air Force Hospital at Muroc and the civilian hospital in nearby Lancaster. To this day, at age 99, she still expresses distaste for the desert. Those war years were not good times.

It was there that my father started drinking, not uncommon in wartime. He frequented a bar favored by Muroc and later Edwards officers and fliers, the legendary Rancho Oro Verde Fly-Inn Dude Ranch, or more informally the Happy Bottom Riding Club, made famous in the book and film The Right Stuff. When I asked my mother for her memories of Muroc, she answered with one word: “Trauma.”

Standing there in Death Valley at the crash site, my wife and I felt like we were visiting a grave. The victims were gone and buried elsewhere. The aircraft’s larger parts, we learned, had been buried in the valley, but some pieces of metal were scattered about and can resurface with seasonal rains.

The B-24’s propeller blade stands erect like a memorial obelisk. There’s a kind of oppressive loneliness to the place in a salt flat valley between mountains. It’s expansive, yet enclosed, like a capacious coffin.

My father had experienced a horror there — the brutal wartime casualties that were young men dying in a forsaken landscape, uncounted as heroes, victims of war who never saw battle but whose sacrifice was real, as their wounds and deaths were real.

The survivors like my father had to live with the helplessness that went with doing your duty, which meant mostly picking up the pieces. My father was still picking them up at the dinner table two decades later.