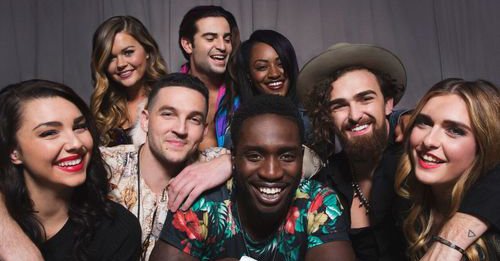 The cast of the season just ending: What conflicts will the new cast have among themselves and with Seattle?

During “The Real World’s” first stint in Seattle, one of its many detractors made a perfectly reasonable suggestion. “If you want to show the real Seattle,” he suggested during an interview I did with him for the Seattle Times, “get them a nice big house in Capitol Hill.”

News broke last week that RW Productions of Van Nuys, CA., a business associated with “Real World’s” Bunim/Murray Productions, submitted a temporary change-of-use permit for 1517 12th Ave in Seattle. The application seeks to temporarily transform the Ballou Wright Building from a warehouse and retail space “to residential use for TV show project.”

That would place “Real World’s” cast smack in the middle of the Pike-Pine corridor, one of Seattle’s prime nightlife destinations. That could be courting all sorts of annoyances for locals who work, live and play in the area. The cast will live right around the corner from the Unicorn and Purr bars, across the street from Momiji restaurant and Eltana bagels. Be aware, if you’re planning to prank the production, that the location also happens to be conveniently near the Seattle Police Department’s East Precinct.

Seattle appears to be getting its famous Freeze rays ready. Already some nearby businesses are saying they will be careful to make sure any Real World cast doesn’t displace regular customers, or even suggested the would-be celebs wouldn’t be welcome.

Nationally, though, not everyone is necessarily so impressed with Seattle. On Vevmo, the reality discussion forum site that broke the Seattle news, people complained about MTV choosing a setting where it rains all the time. “I think their $300 stipend will go further in Seattle than it did in Vegas,” one Vevmo poster suggested.

Seattle was an altogether different place when the show was last here in 1998, and “The Real World” (which has since been retitled as simply, “Real World”) had a much deeper impact on popular culture then than it does today.

“The Real World” premiered in June 1992. It is MTV’s longest-running program and is credited with launching the reality genre. The first season followed four men and three women, all strangers in their 20s, as they lived together in a New York City loft. Tempers flared as heated discussions arose about bigotry, politics, religion and an array of other issues. It quickly became a favorite with MTV’s youthful target audience.

While the average Seattle twenty-something in 1998 barely made enough to pay inflated rents on studio apartments the size of closets, MTV set up “The Real World” cast in a 4,500-square-foot space in Pier 70 that boasted 67 pieces of original artwork displayed throughout the house. Seattle’s Real Worlders held jobs at KNDD-FM (107.7), positions that enabled them to attend movie premieres and interview bands – very MTV. 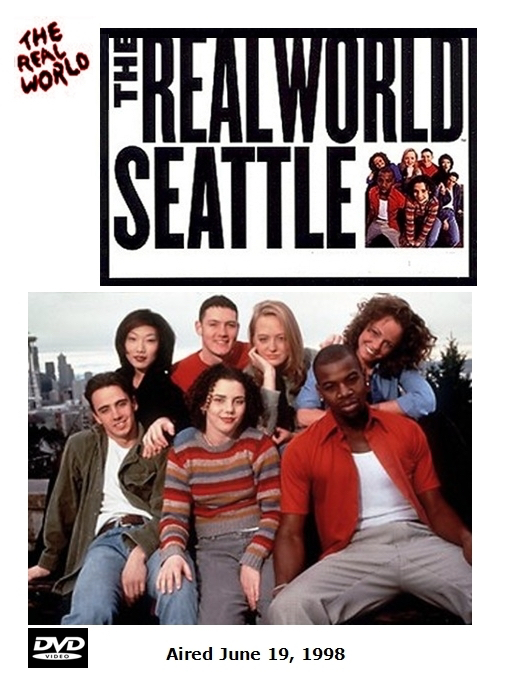 Seattle did not exactly welcome them with open arms. In one instance, when the cast and crew attended a Posies show, audience members cursed into the mics, flipped the bird at the cameras and screamed insults at them. Throughout their five-month stay, pranksters attempted to stymie production by, among other things, promoting a fake secret Pearl Jam show at Pier 70, where the cast lived. A bar sold T-shirts that read, “SEATTLE SAYS: THE REAL WORLD SUCKS.”

Seattle has since transformed from a rock capital into a tech industry magnet — a factor that is remaking Capitol Hill itself. Some of the neighborhood’s quirkiest apartment buildings have been replaced by boxy monstrosities built to house highly-paid workers flooding the city to work at Amazon, Microsoft, Facebook and Google. Rents have skyrocketed. Many of the people who gave the Hill its reputation as a mecca for art and independent music, and a stronghold of the LGBTQ community, can no longer afford to live there.

“The Real World” has dramatically changed as well, largely due to the franchises it inspired. With “unscripted” series such as “Big Brother” and “The Bachelor”/”Bachelorette” commanding larger audiences on broadcast television, and MTV’s defunct “Jersey Shore” and Bunim/Murray’s “Bad Girls Club” on Oxygen pushing reality into more debauched territory, the show’s relatively staid original formula lost its appeal.

In recent seasons, “Real World: Ex-Plosion” and “Real World: Skeletons” invited people from castmembers’ pasts – exes and others with whom they had unfinished business – into the fray. The most recent season, “Go Big or Go Home,” was set in Las Vegas and required participants to undergo challenges in order to remain on the show, which was little more than an excuse to drunkenly party in front of the camera.

It’s these format switches that should have Seattle concerned, not any potential danger to our collective reputation.

Business owners such as music scene stalwart Dave Meinert may be ready to pull up the drawbridge for the very reason of encouraging the young cast members to behave stupidly. “To have a TV show come up there, encouraging that is really counter to what we want to promote, especially inside of our businesses,” he recently said in an interview on KIRO-FM (97.3).

If we’re being honest, some of this fresh Seattle animosity could partly be a product of hipster posturing. Sure, the “Real World” franchise has stopped being cool and deserves condescension but — just not for the reasons that fueled our collective ire nearly two decades ago.

Meinert and others may be comforted to know that production doesn’t last nearly as long as the five months it used to.  Last season’s production reportedly lasted for 70 days. According to a rental listing, the Ballou Wright Building will be available for rent starting on October 1.

The process of producing reality has evolved, too. Crews use smaller equipment, and the best have learned how to be less intrusive. The age of the smartphone has also made the average person a lot less camera-averse, which could allow the “Real World” participants to navigate the streets will less hassle.

Once the cameras start rolling again, it could be that most people simply won’t care that much about the fact that “Real World,” a show that’s lost its relevance, has set up shop in Capitol Hill, a neighborhood that’s losing its edge.

Hopefully, you held on to one of those Real World Sucks T-shirts, though. Despite all the changes, they’re about to come back in a huge way. 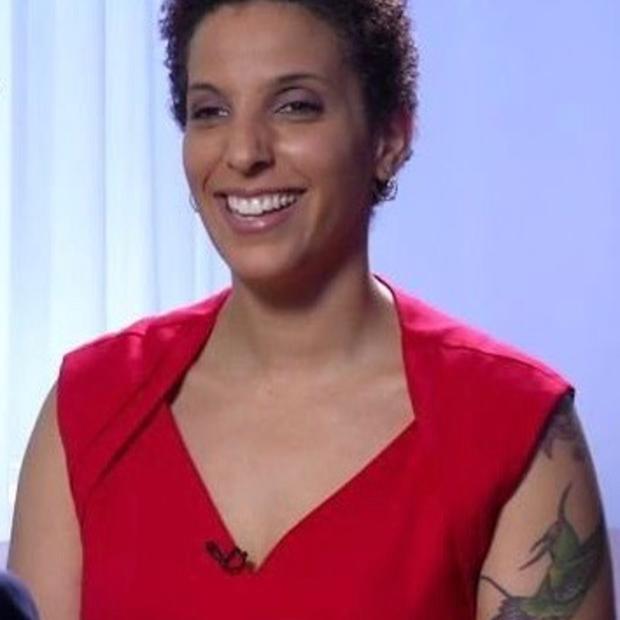 Melanie McFarland is a Seattle-based writer who serves on the board of the Television Critics Association. Her work has appeared in the Seattle Post-Intelligencer, the Seattle Times, Variety and Salon, among other outlets. Follow her on Twitter: @McTelevision