Remembering Woody Guthrie, warts and all 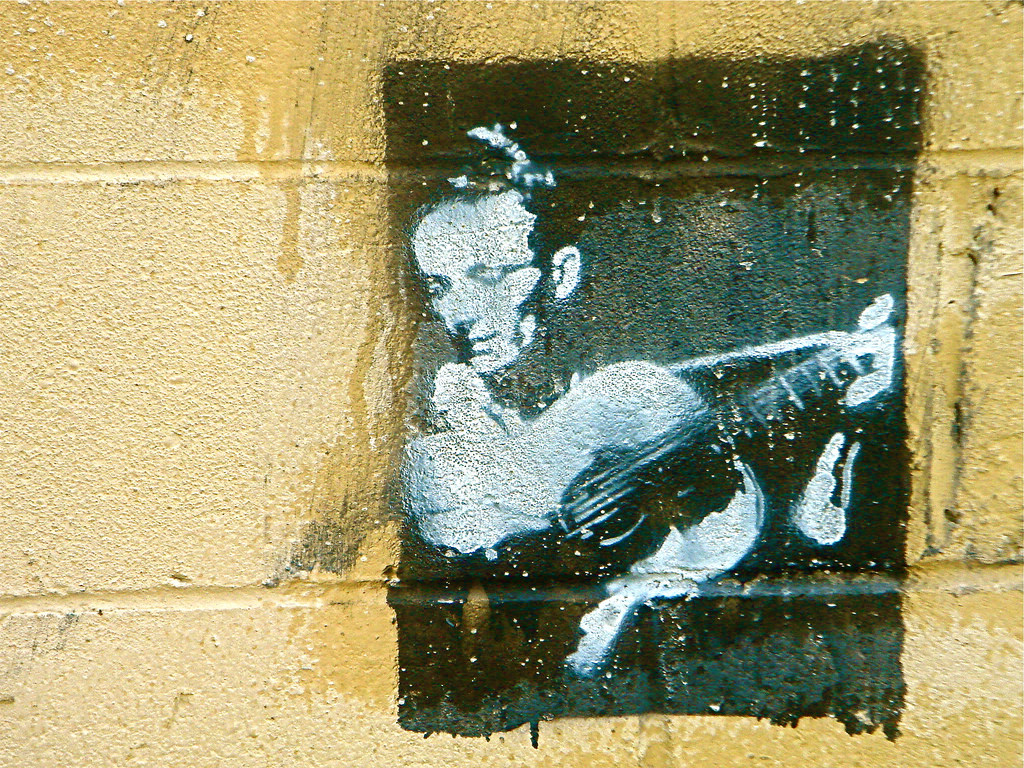 Woody Guthrie, the legendary wandering minstrel of folk, seems to be having a moment. A new book from Sasquatch documents his time in the Pacific Northwest when he wrote so many classic songs. The book inspired a tribute concert at Benaroya Hall last month. From the folkies of the '50s to the KEXP generation, his music is venerated.

Guthrie’s songs are part of the Northwest soundtrack. At Hidden Valley summer camp in the Cascades foothills when I was a kid, we sang our hearts out to “Roll On, Columbia” and “This Land is Your Land” every night at after-dinner sing-a-longs. The latter song, I have long thought, should be our national anthem.

Guthrie’s rejection of American consumerism, his identification with the poor and outcast, his rambling, his progressive politics, his poetry and rebellion are all part of his legacy. It’s not hard to imagine him singing the praises of Bernie Sanders.

Still, Guthrie’s legacy comes with an asterisk these days. When he came to the Pacific Northwest, he was being paid by Bonneville Power to sing the praises of progress, namely the Columbia River dams and public power — and when robust socialism met the river, some bad things happened. The environmental disaster for the salmon, for one thing, and the displacement of indigenous peoples from land and livelihood for another.

They didn’t teach that at summer camp. In fact, our camp was designed to teach kids to appreciate nature, wood craft and history, along with outdoor recreation of all sorts. We sang our hearts out with those “river ditties,” and tons of other folk music too. We sang of loggers, cowboys, Indians, railroad builders, and killers with sweet voices and abandon. Songs included war, train wrecks, ships sinking, betrayal, class warfare, child abuse, cross-dressing, murders, domestic violence. Some songs pleaded for peace and social justice. Those songs bound us, even if the full meaning of their words didn’t register.

And that’s still true. “Roll on Columbia” is a regional anthem despite the depredations it celebrates.

Another work of art that comes to mind — not PC by today’s standards but incredibly compelling — is Vachel Lindsay’s poem “Bryan, Bryan, Bryan, Bryan,” which is especially relevant this election year. Lindsay, the great early 20th century American poet who lived for a time at Spokane’s Davenport Hotel, wrote of youthful political infatuation. Just as young people have fallen for Bobby, Obama or Bernie, Lindsay was swept away by Democrat William Jennings Bryan’s populist presidential campaign of 1896. Lindsay’s poem is a bittersweet testament to a first political love, at age 16, and the thrilling idea of the overturning Wall Street, the bosses, and the old guard:

“And saw our Bryan by a mile lead the wall

Of men and whirling flowers and beasts,

The bard and prophet of them all.

Smashing Plymouth Rock with his boulders from the West,

And just a hundred miles behind, tornadoes piled across the sky,

Blotting out sun and moon,

Bernie’s “brothers and sisters” could no doubt relate — the power of the many, the oppressed against the plutocrats. And then coping with defeat and disappointment (the Republican William McKinley won the election). It is probably the best poem ever written about American politics, not to mention a passionate cry for the West to be heard in Washington, D.C. But Bryan is hardly considered a progressive hero, or a conservative one these days (though in 2008, some campaign buttons tried to cast Mike Huckabee in the prairie populist tradition). Bryan is known more for his anti-evolution and anti-science stances in the Scopes trial and his preacher-style orations that laid a template for religious fundamentalism in politics. His isolationism echoes the Rand and Ron Paul right.

Guthrie celebrated progress for money, and neglected to see the downsides. Lindsay celebrated a flawed hero who wouldn’t pass many of today’s progressive litmus tests. That might be true of Sanders someday (think of his pro-gun votes, for example), though those that feel the Bern are in luck: their candidate is still shaping his legacy.

Guthrie’s songs are rightly loved and performed, Lindsay’s are mostly forgotten, yet still relevant and powerful. Art and political correctness don’t always together, but that doesn’t mean we shouldn’t listen.